What is it about mealtimes that makes parents and kids bonkers? It can be so frustrating when a child refuses to eat what’s served—and makes everyone else miserable in the process. Here are my thoughts on how to make dinner a more pleasant experience for the entire family. 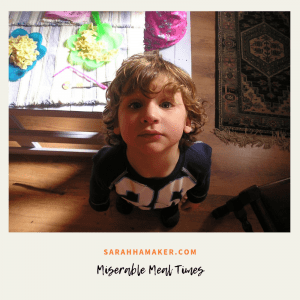 Q: Our nearly 6-year-old son makes mealtime miserable by yelling, complaining and making a huge production out of eating what we serve. He also whines, begs and screams about wanting us to “help him” eat his dinner—aka, he wants us to feed him. How do we stop this behavior?

A: Stop feeding him.

I nearly ended my answer there, but realize that I might be accused of advocating neglect, which I most certainly am not. However, your son makes a “huge production out of eating” because he’s not had to suffer any consequences for doing so. Now, I don’t have a lot to go on, but my educated guess is that you’re probably cajoling, reasoning, pleading, etc., with your son to stop his behavior without any luck at all. I also bet that every mealtime, you can barely choke down your own food because your son has the entire family in an uproar.

When he starts behaving himself at the table solo, he can be given a chance to sit and eat with the rest of the family. And if he ends up missing a few meals, he won’t starve.

So I stick by my first answer: Stop feeding him dinner when you eat. If he was my son, I would make his dinner early, put a literal teaspoon of everything you’ll be serving on a plate, and call him to the table to eat by himself. Tell him that since he can’t manage to behave himself at the table with the rest of the family, he’ll be eating by himself early.

Then plop the plate down and walk away. I guarantee that he’ll start the same nonsense as before, in which case, you ignore him entirely. Set the timer for 10 minutes, then check on him. If he’s managed to eat everything on his plate, he may have seconds of anything that was served. If he has not—and I suspect he will not eat and will probably even throw the plate on the floor—then he’s excused and put directly to bed, lights out.

Keep this course and he will probably shape up soon. When he starts behaving himself at the table solo, he can be given a chance to sit and eat with the rest of the family. And if he ends up missing a few meals, he won’t starve. Going to bed early and a little hungry a couple of nights won’t hurt him at all, plus, you’ll have a nice, quiet meal with your husband—something, I suspect, you haven’t had in a long time! 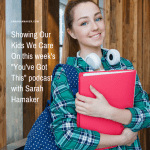 September 9, 2019
The Importance of Telling Our Kids “Don’t Worry. I’m Here for You”
Next Post 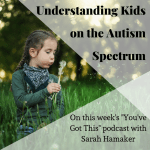 5 Things Your Man Needs More...
The Not So Excellent Wife
Related posts from Some Assembly Required

How to Get Unstuck From the Approval Trap
For most of my life, I've been stuck in the “Approval Trap”...
view all Family blogs
Copyright 2008-2017, Patheos. All rights reserved.