Opting Out of the Good Mommy Club 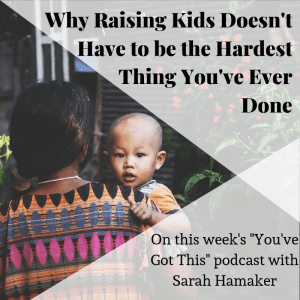 The following is an excerpt from my interview with John Rosemond on my podcast, You’ve Got This.

John has worked with families, children, and parents since 1971 in the field of family psychology. John holds a master’s in psychology degree from Western Illinois University, and remains licensed as a family psychologist in North Carolina. He devotes his time to speaking and writing. John is syndicated in approximately 225 newspapers nationwide. He has written 11 best-selling parenting books. He is also one of America’s busiest and most popular speakers and most certainly the busiest and most popular in his field. He’s known for his sound advice, humor and easy, relaxed, engaging style. In the past few years, John has appeared on numerous national television programs including 20/20, Good Morning America, The View, The Today Show, CNN, and CBS Later Today, as well as numerous print interviews. All of his professional accomplishments aside, John is quick to remind folks that his real qualifications are that he’s been married to the same woman for more than 40 years, is the father of two successful adults, and the grandfather of seven children…make that seven well-behaved grandchildren.

Many times when I say I have four children, people act like I must be the most frazzled woman in America. Frankly, I always find that kind of funny because I feel like I’m pretty relaxed! Raising kids isn’t the hardest thing I’ve ever done in my life. Where did this idea come from? Why do we think parenting is so hard today?
John: If you are trying to assemble a grill and you don’t have the proper instructions but you’ve been told you have the proper instructions, you are going to become extremely exasperated, frustrated, and emotions are going to start flowing. And that’s what’s happening in parenting.

American parents began listening to people in the mental health professions in the late 1960s tell us how to raise kids. And because these people have capital letters after their names and impressive credentials and licenses, people naturally believed that they knew what they were talking about when all this stuff was off the top of their heads. There was no research that had been done to that point in time to verify any of the new stuff that they were telling American parents about children and child-rearing—information which represented a radical departure from the understandings concerning children and child-rearing that people prior to the 1960s brought to that set of responsibilities.

My message is quite simple and that is if you want to get the results that parents were getting in the 1950s and before, then you have to understand that’s what you have to do. You can’t do something that’s 180 degrees removed from what those people were doing and expect to get the same result.

When I talk to parents today and help them to use their own common sense, it’s almost a collective relief from them, “Oh, is really that simple.” Present yourself as a leader in your home, act like you know what you’re doing, and a large percentage of your time, your children are going to follow you. It’s almost like they want it to be harder because then that just kind of maybe validates them in some way. But I think we can help them see how it’s not that hard to parent that way and it makes our kids happier
John: The research indicates that very clearly. The mental health community said, “Obedient children, they’re like robots. They’re only following orders and so on.” In fact, we now know from very good research that the most obedient children are also the happiest kids. Children have not changed. Children are no different in terms of their essence, their nature than they were in the 1950s. And parenting in the 1950s, a woman could raise 12 kids and not experience the stress that a mother today is experiencing in raising one child.

It’s almost like as a society that we’ve forgotten how children actually behave. I hear parents describing a child who’s doing something and they’re like, “Why is he doing that? I don’t understand.” I’m like, “Kids are just weird.”
John: People don’t understand that kids have minds of their own. You don’t need to do something in particular in order for your child to behave in a very weird strange and odd way. They are weird, strange, and odd. We are. You are. I am.

But the difference between us and children is that we have learned that weird behavior, odd behavior, makes people uncomfortable, makes people upset. So we wear all that stuff close to the vest. We only let it out maybe with our spouses and very close friends on occasion but for the most part, we pretend we’re not weird and we pretend pretty successfully but children don’t know how to do that. Children don’t know that weird behavior attracts the wrong kind of attention.

I think that we’ve also lost the sense that kids do strange things and it’s kind of fun to be a parent. I enjoy my children. They make me laugh. I think it’s part of their charm but I always feel for parents when they can’t seem to enjoy their children. I have two teenage daughters now and most people look at me with sympathy when I say that, but they’re delightful most of the time. I enjoy them. There’s nothing inherently horrifying about teenagers.
John: Parenting is not supposed to be a laugh riot but it certainly can be enjoyable. But today, the raising of a child has become the most stressful thing that a woman will do in her adult life. And because she’s under such parenting stress to no fault of her own, her marriage is suffering as well.

I can’t tell you the number of men who come to me surreptitiously when I’m out there on the road as a public speaker and they want to know how they can best help their wives understand their role as a father because their wives have shut them out of the child-rearing process. He is the parenting aide, the permanent parenting aide. When she wants some help, she’ll call him otherwise, the message to him is: “Stay out of this. This is my territory.” 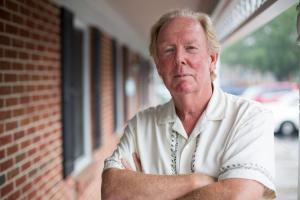 This is different from back in the day when women with children didn’t get together to talk about their children. My mother told me, “No, we didn’t talk about children, we talked about interesting things,” which I found to be hilarious. But today’s mother, all she does is talk about what she is doing for her children. She talks about all the things her children are accomplishing and the marvelous plans she has for them. It’s this insane obsession with their children that is driving American mothering today. Getting American mothers to understand they have become their own worst enemies where the raising of children is concerned is a huge challenge.

It is. And as an American mother myself, it is hard when you’re the one who is not helping their children with their homework, who is not doing everything for my kids I could possibly do. It can be hard to be the person who’s swimming against the tide but it’s so worth it. That’s what I tell moms. It’s so worth it because I feel like I have a life outside of my children and they know that, and they get to help support that in some ways by behaving and cooking dinner and doing chores and those kind of things.
John: You establish a boundary between yourself and your children which is anathema to proper a membership in the Good Mommy Club. The good mommy club consist of this doctrine: The good mommy pays as much attention to her children as she can, the good mommy does as much for her children as she can, the good mommy helps her children in their homework, the good mommy drives in the afterschool activities, the good mommy does this, the good mommy solves all their problems, goes to the school and advocates for them, etc, etc. When I start listing to all the stuff that the good mommy is supposed to do, mothers begin to realize, “Oh, it’s not children that are difficult. It’s membership in the good mommy club. That’s what’s making this so difficult, stressful, and exasperating.”

There’s lots of things that my husband does that I don’t do with the kids because he’s their father. He has an active hand in helping raise our kids. When we had our first baby, I was still in graduate school and I was taking a class actually, and he had to figure out what to do with the screaming newborn while I was at class. It was like the best thing I ever did, because he’d never held a baby before our own and I was like, “Yeah, you’re going to figure it out because you can do this and I have to be at a 3-hour class.” It gave him confidence and I wasn’t always looking over his shoulder saying, “Oh, you did that wrong, you did that wrong.” I was like, “You know, the kid is fed, dry, that’s good. That’s good.”
John: There wasn’t a thing my wife did save breastfeeding that I couldn’t do and did from the very first. I was a junior in college when we had our first child and I was an active father. I mean, I changed diapers and fed children and took them on walks and everything else that you do. It’s strengthening to a man’s sense of purpose in the world and it strengthens his sense of himself as a masculine individual to be doing all that stuff. It’s a terrible shame that the contemporary dad retreats from those responsibilities which his wife claims exclusivity over. He retreats into the role of being his kids’ best buddy. The buddy dad drives me crazy. The dad who says, “My son and I are best friends.” Well, why would a 40-year-old want to be best friends with a 10-year-old? I don’t have any interest in being a friend with somebody who’s years younger than I am.

But there’s this confusion of roles and confusion of responsibilities. The bottom line is raising children is easy. The understanding should be: I’m the parent, you’re the child. You do what I tell you to do and you’ll be happier as a result. Very, very simple — I lead, you follow

To hear more great advice and stories from John, listen to “Why Raising Kids Doesn’t Have to be the Hardest Thing You’ve Ever Done” on the “You’ve Got This” podcast. 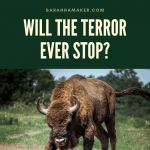 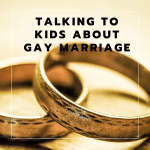 October 18, 2019 Talking to Kids About Gay Marriage
Browse Our Archives
Follow Us!

7 Signs your Husband is Depressed...
MarriageToday
Books by This Author Books by Sarah Hamaker

7 Ways to Prevent Feeling like a Valentine's...
Do you feel like a loser because your man doesn't "do" Valentine's...
view all Family blogs
Copyright 2008-2020, Patheos. All rights reserved.