I Was So Much Older Then, I’m Younger Than That Now

I Was So Much Older Then, I’m Younger Than That Now January 19, 2016 rhancock 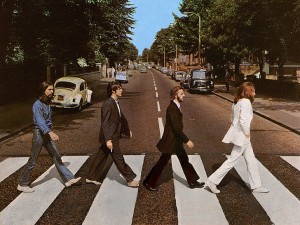 [Another day in our General Conference Odyssey — spearheaded by Nathaniel Givens]

President Joseph Fielding Smith opens this conference (“I Know that My Redeemer Liveth”) as he closed the April conference, on a note of firm testimony and gratitude for the Restoration:

We the Latter-day Saints are a blessed and favored people. It is our privilege to become “a kingdom of priests, and an holy nation.” (Ex. 19:6.) The Lord has chosen us, as he chose our fathers anciently, “to be a special people unto himself, above all people that are upon the face of the earth.” (Deut. 7:6.)

Our position is one of strength because it is founded on eternal truth. We need not fear the fiery darts of the adversary, nor be troubled by world conditions, as long as we walk in that light which a gracious Father has so abundantly shed forth upon us in this final gospel dispensation.

The young Elder Boyd K. Packer then adds his testimony concerning “The Only True and Living Church.” Chiding the illogic of those who evade the question of truth by saying that “one is just as good as another… We will all end up in the same place anyway,” he plainly states the Church’s claims:

The position that The Church of Jesus Christ of Latter-day Saints is the only true church upon the face of the earth is fundamental. Perhaps it would be more convenient and palatable and popular if we were to avoid it; nevertheless, we are under a sacred obligation and a sacred trust to hold to it. It is not merely an admission; it is a positive declaration. It is so fundamental that we cannot yield on this point.

Now to those who think us uncharitable, we say that it was not devised by us; it was declared by Him, for he gave commandments to the early brethren, and I quote:

“… to lay the foundation of this church, and to bring it forth out of obscurity and out of darkness, the only true and living church upon the face of the whole earth, with which I, the Lord, am well pleased, speaking unto the church collectively and not individually.” (D&C 1:30.)

In the talks that follow, the centrality of agency as the choice between good and evil and the trial of mortal experience is a notable shared theme.

It was not intended that the earthly road would be smooth, nor would the path be easy. Satan, the father of lies and deceit, and his evil followers would be permitted to use their wiles and influence to blind men to the truth and try to lead them astray. But man was to be allowed his free agency, the right to choose. It was contemplated that God, through his prophets, would provide guidelines known as commandments, which, if followed, would bring joy and happiness. However, it would be man’s privilege and responsibility to make a choice between good and evil. He himself must make the decisions. This was all part of the gospel plan. Joseph Smith, the Prophet, has given assurance that we were present as spiritual beings at a council when the plan was presented, and we gave it our approval.

Lucifer and his agents provided that opposing force, which made free agency possible for us in this life.

The right to make a decision, then, is now ours, and it is the greatest asset we have on earth. The Lord will not, and cannot, and does not intend to take it away from us. He intends for us to use it. He is constantly advising us and teaching us how to use it for our own good and further growth, even to attain eternal life.

Franklin D. Richards (“The Purpose of Life: To Be Proved“) then draws on the stories of Zion’s Camp and Liberty Jail to point up the eternal significance of our hard mortal experience, of “the sweat of thy face”:

We believe that one of the important purposes of this life is to be proved, tried, and tested. Both the Zion’s Camp and Liberty Jail experiences truly constituted a refiner’s fire for those who participated in them, and they emphasize the necessity of experiencing difficult and complex situations in life in order to properly develop and draw close to our Heavenly Father.

It has been well said that “there comes a time when the general defilement of a society becomes so great that the rising generation is put under undue pressure and cannot be said to have a fair choice between the Way of Light and the Way of Darkness.” (Hugh Nibley, An Approach to the Book of Mormon, 1957.)

Among all the sources of “undue pressure” that tend to obscure the choice between Light and Darkness, Elder Benson, quoting a letter from Richard Nibley, emphasizes the dark power of much popular music.

“The whole psychedelic design [this father continues] is a swinging door to drugs, sex, rebellion, and Godlessness. Combined with the screaming obscenities of the lyrics, this mesmerizing music has borne the fruit of filth. Leaders of the rock society readily proclaim their degeneracy. …

“And the most diabolical deceit of this infamy is that it denies evil to be an absolute. Our religion is one of absolutes and cannot be rationalized into a relativistic philosophy of the ‘liberal Mormons.’ We cannot safely rationalize away righteousness.

“What could be more misguided than fear that ‘if rock music were not endorsed by our leaders, we may lose many young people.’ (MIA music committee.) Even now we are losing them to the songs of Satan, drugs, sex, riot, and apostasy. We could be well reminded by a message from the Mormon Miracle pageant: ‘Moroni knew that you cannot compromise with evil. If you do, evil always wins.’” (Richard Nibley, excerpts from letter.)

Such strictures against an earlier generation’s popular culture will surely strike many readers today as quaintly unhinged. The counterculture of the 60s and 70s is now for us a matter of indulgent and amused nostalgia. But the fact that we are now much too jaded to be shocked by the rebellious outrages of an earlier generation in no way proves that the critics of the counterculture were wrong about its deleterious effects; in fact, our complacency regarding what was once shocking seems rather to confirm the deep effects of the countercultural movement. And in fact Elder Benson (again quoting Richard Nibley) anticipates the use of ridicule to dismiss his warnings:

“Ridicule works well in collaboration with confusion. To confuse youth in its searching years, the cynic defends his degeneracy by ridiculing his critics with confusing metaphors. The words of the rock recording ‘I Couldn’t Get High,’ then ‘High on the Mountain Top’ must be stricken from our songbooks. Scoffing in this manner may bring an easy laugh and a reassurance that all is well in Zion, but it is diabolically dishonest.”

I probably didn’t hear Elder Benson’s talk in the fall of my sophomore year at Utah State University, as I struggled in my personal life with the question later sung by the Eagles: “Are you gonna stay with the one who loves you / Or are you goin’ back to the one you love?” Amidst such emotional (and no doubt mainly hormonal) turmoil, I found considerable consolation or at least distraction in the rock music of the day. Eric Clapton’s “Derek and the Dominos” album with the soaring, plaintive “Layla” was a mainstay of my vinyl and cassette playlist. I also played electric violin in a blues-rock band that performed in a bar and for ward dances, etc. (My unapproachable ideal was Sugarcane Harris. I managed to play this Harris tribute from the band “It’s a Beautiful Day”.)

So I was up to my eyeballs in the Rock music of my generation. And I suppose I’m still in it, at least up to my shoulders. I remember counseling with a respected and very spiritual Language Training Mission (this was before the MTC) mentor in 1972 about my rock music attraction (not to say addiction). He reassured me that I would grow out of it. Well, after 40+ years I’m still growing out of it.

It’s true my taste for some of the rawer, more vulgar stuff has, fortunately, subsided. But the challenge is that there are many lovely and happy and, I think, innocent things (e.g., the Beatle’s “Here Comes the Sun”), and many moving things that express the challenging experiences of mortality in a way that I continue to find compelling. (Consider Clapton’s “Bell-Bottom Blues,” from that same Derek & the Dominos album, or something like the Rolling Stone’s “Wild Horses,” or the Beatles’ – in this case George Harrison’s & Eric Clapton’s unforgettable “While My Guitar Gently Weeps,” practically the soundtrack to my senior year in high school. These things, I cannot deny, can still move me.) Even an aggressively raunchy outfit like the Rolling Stones, and even on an album (“Beggars Banquet”) that includes the notorious “Sympathy for the Devil” and “Street Fighting Man,” is capable of the moving tribute to ordinary hard-working people that is “Salt of the Earth”.

Readers with less compromised musical tastes may find that I am simply proving Elder Benson’s point by exhibiting my own lingering corruption, after all these years. In which case: you have my confession. Surely my spiritual progress would have been facilitated if I had listened to this talk in 1971 and somehow abandoned my edgy musical tastes cold turkey. But here I am, still sorting the wheat from the chaff, and arriving at very imperfect results. Just two days ago, I put on some earphones loaded with some favorite tunes as I removed snow from my driveway. As I listened to Dylan’s “My Back Pages” from his 30th Anniversary Concert (featuring Eric Clapton, Neil Young, Tom Petty, George Harrison…), I was actually moved to tears. “I was so much older then; I’m younger than that now.” Indeed.

Rather than concluding with my confused reflections on classic rock’s evocation of certain depths our mortal experience, let me give Elder Benson the last word, as he reminds us that counsel and warning must be informed by love:

Seeds of culture are best sown in the fertile ground of infant imitation. No amount of criticizing in the teen years can substitute for the young years of example that are lost. …

And love and understanding are only effective when they are genuine. And to be genuine they must be motivated by love. We must love our young people, whether they are in righteousness or in error. In this way we can give them a chance to discern and to learn. But we must also give them a fair choice. Today many are not succeeding.

More thoughts on this Conference Session

January 26, 2016 Choose the Right. Why?
Recent Comments
0 | Leave a Comment
Browse Our Archives
get the latest from
Latter-day Saint
Sign up for our newsletter
Related posts from The Soul and the City