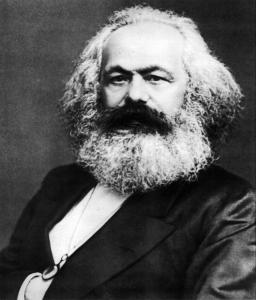 Here is Hancock’s latest piece on the 200th anniversary of Marx is up on DesNews:

And here is a little tidbit from the article:

“The whole question, though, is that of the standpoint from which one levels a critique of a market economy. Marx’s standpoint was the dream of the revolutionary creation of a new human being, and indeed a new world. He said plainly that his point was not to understand the world but to change it. This, alas, is precisely the soft spot in liberalism that makes it vulnerable to the nonsense of Marxist or Marxian “liberation”: the idea that we can change the world for the better without understanding the permanent realities, and thus the limitations, of the human condition. “Some see things as they are. … I dream things that never were” and all that nonsense. “Idealists” (Marxist, Marxian or other) who ignore the limits of human nature in all its glory and its misery, who agitate for “change” without attending to human reality in asking what makes change good — such “idealistic” anti-capitalists have not learned the most essential lesson of the 20th century. Cut off from sobering reality, idealism is exciting. It is also destructive, and finally murderous.” 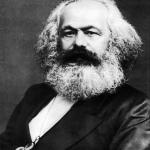 May 9, 2018
Recent Comments
0 | Leave a Comment
"It's unclear why you're referring to this opinion piece -- to point out how right ..."
CDorsey Vulgar Elitism & Empty Populism
""Cut off from sobering reality, idealism is exciting. It is also destructive, and finally murderous." ..."
Andrew Marchant-Shapiro 200 Years of Karl Marx
"I don't know why we feel the need to keep beating this dead equine, especially ..."
Bravo Sierra 200 Years of Karl Marx
"And yet the United Order seemed like a revelation?"
Morm on 200 Years of Karl Marx
Browse Our Archives
Related posts from The Soul and the City

Latter-day Saint
The Darkest Hour: Review
The Soul and the City

Bring on the Mysticists
Mysticists live where real science meets true spirituality. The mystical impulse is...
view all Latter-day Saint blogs
What Are Your Thoughts?leave a comment