A Peculiar People Aims for Respectability 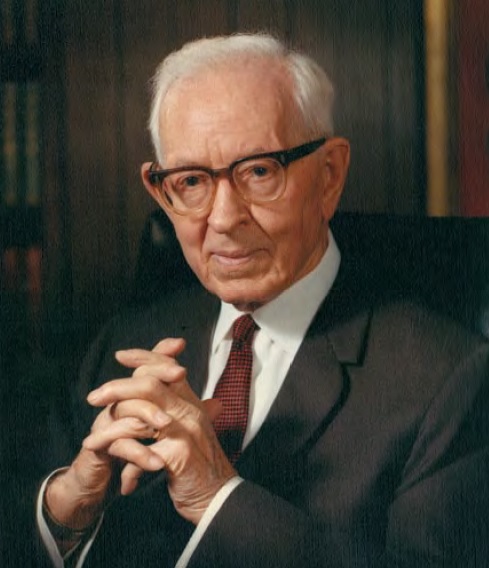 Pres. Joseph Fielding Smith very nicely summarizes the purpose of these General Conferences we are studying together:

These conference sessions are solemn and sacred occasions on which we come together to wait upon the Lord, to seek his Spirit, and to be renewed in our desires to serve him and keep his commandments.

All of our Church conferences are occasions to teach one another the doctrines of the gospel; to testify of the truth and divinity of those things which have come to us by the opening of the heavens; and to counsel together, and with the Lord, as to the things we should all do to fill the full measure of our creation.

Pres. Smith is also very emphatic, long before the Family Proclamation, about the centrality of the family unit in this life and in the next:

To all the families in Israel we say: The family is the most important organization in time or in eternity. Our purpose in life is to create for ourselves eternal family units. There is nothing that will ever come into your family life that is as important as the sealing blessings of the temple and then keeping the covenants made in connection with this order of celestial marriage.

…It is the will of the Lord to strengthen and preserve the family unit. We plead with fathers to take their rightful place as the head of the house. We ask mothers to sustain and support their husbands and to be lights to their children.

President Joseph F. Smith said: “Motherhood lies at the foundation of happiness in the home, and of prosperity in the nation. God has laid upon men and women very sacred obligations with respect to motherhood, and they are obligations that cannot be disregarded without invoking divine displeasure.” (Gospel Doctrine [Deseret Book, 1939], p. 288.) Also, “To be a successful father or a successful mother is greater than to be a successful general or a successful statesman.” (Ibid., p. 285.)

Probably the only thing more controversial here than the emphasis on the duty of motherhood is the reference to the father as the “rightful… head of the house.” Rightly understood, I think, this view can be reconciled with the more recent emphasis on marriage as an equal partnership between husband and wife. In any case, speaking as much sociologically as religiously, I wonder whether on the whole masculinity can be channeled into the duties of fatherhood without giving some place to responsibility for leadership. Just sayin’…

Pres. Smith is, as we know, as bold as can be in his touting of the importance of the Restored Gospel and Church:

And there is no cure for the ills of the world except the gospel of the Lord Jesus Christ. Our hope for peace, for temporal and spiritual prosperity, and for an eventual inheritance in the kingdom of God is found only in and through the restored gospel. There is no work that any of us can engage in that is as important as preaching the gospel and building up the Church and kingdom of God on earth.

In all our social, intellectual and political efforts, we ought to ask ourselves whether we really believe this.

Elder Mark E. Peterson is equally emphatic about the singular importance of the Restoration and of the Truth it makes available:

By showing himself literally to modern men, he has removed all doubt as to his existence. He lives, as does his divine Begotten Son, Jesus Christ.

…We Latter-day Saints announce that this new light has come. God has given a great new revelation. He has raised up new apostles and prophets to labor among the nations, even as did Peter and Paul. We are those apostles and prophets. We are his divinely called representatives for today.

But then, right on the heels of this confident and singular declaration, Elder Peterson shifts to a kind of public-relations voice:

Some may say that God would never appear to a small sect hidden away in the Rocky Mountains. Others might say that the Latter-day Saints have peculiar religious ideas that need not be taken seriously.

But we are not a small group isolated in the Rocky Mountains. We are now worldwide, larger than many well-known denominations of Christendom, and steadily growing.

Neither are we religious extremists with peculiar ideas. We are realists. Do you suppose for one moment that religious malcontents could do what the Latter-day Saints have done in the world?

Our people are substantial citizens, law-abiding, intelligent, and progressive, as all who really know us will agree.

We rate high in education, believing as we do that the glory of both God and man is intelligence. We have produced great scientists and inventors, for example…

All this is true enough and I suppose harmless as far as it goes. The practical virtues of the “Mormons” are indeed notable and such as all good fellow-citizens should be able to recognize. But with 44 years of hindsight it is possible to see the costs of this rhetoric of respectability. Do we really want to deny that we have “peculiar ideas” from the world’s standpoint? How about the very ideas of a new, face-to-face revelation of the Father and the Son and of a Restored Church? If we really believe, with Pres. Smith, that only the Restored Gospel can save us as individuals and societies, do we really want to lean so much on our conventional respectability and even our “progressive” tendencies? The hope of being seen as “progressive” with respect to the very meaning of “family,” for example, is obviously long gone.

In 1972 the Church was still re-negotiating its relationship with America and with modern society, following the abandonment of plural marriage and the independence of the Kingdom in Utah. Manifestly there was a need to articulate a working arrangement with our American host society. The Romney campaign may well have been the last moment in this phase of articulation, which included a little too much craving for respectability. Whatever the next phase, we would do well to remember that “there is no cure for the ills of the world except the gospel of the Lord Jesus Christ.”

March 1, 2016
On Worship, Practical, Contemplative, and Aesthetic-Humanitarian
Next Post

March 15, 2016 The Restoration and Western Humanity – Triumph or Crisis?
Recent Comments
0 | Leave a Comment
Browse Our Archives
get the latest from
Latter-day Saint
Sign up for our newsletter
Related posts from The Soul and the City