Three years ago we moved to a new house on a mile-long lake in New Hampshire. It’s a rather small house, quite modest, and I like big houses. My family thinks my preference for a large house comes from the years I spent in monasteries. Those buildings had many rooms and long and tall corridors and huge kitchens. But our small house has many windows that look out on the pond. In New England a pond is a shallow lake, no matter how great the area is.

This small lake has been like a new person in my life, a significant other.  It has a presence and a personality, and it changes in appearance every day. I never tire of taking photographs of it and we all love to go out in our kayaks and explore it.

The ancient Greeks had a brilliant way of acknowledging the spirit of such a lake and other natural forms, the personality of lake or a mountain. They told stories about naiads and dryads and oceanids, spirits felt and honored at a small body of water, a tree or an ocean. Because we don’t share that same spiritual sensibility in relation to the natural world, we tend to hear of nymphs and smile. How quaint. But our loss of the nymph and naiad could eventually result in the destruction of our planet, because as functioning, fictional images they allow us to relate to nature with respect.

Notice that I referred to the spirit of the lake where I live. That spirit, known to the Romans as the animus or genius of a place, gives that body of water character and personality and the power to make my life healthy and meaningful. The shape of the lake is like a face and its countenance ranges from dead calm to choppy white waves. It has its moods.

The Greeks and Romans honored their spirits of place by carving faces like  the Green men and women we see on signs and plaques, with their wave-like hair or curled up snakes or horns stuffed with good things. C. G. Jung modeled this practice in a modern context with his Bollinger Stone, on which he carved mysterious sayings and the image of a homunculus or small human-like figure. The idea is to imagine a natural place as the abode of a personality. You give the spirit you feel there a face and a body.

The genius of a place is special, unique to the area, felt strongly perhaps but then converted into a concrete image. It’s in the spirit of our times to consider natural things abstractly or mechanically. We want to know how they work rather than how they feel, what they’re made of instead of how they might be friendly and intimate.

If we were sensitive to the genius loci we might not crowd the shores of our lakes and oceans with industry and other barriers to public access. We might understand how important it is to a community to have regular encounters with the genius of their place and to benefit from cornucopia of gifts the genius has to offer. We think we need to solve our social problems with service programs, when it might be more effective to feed the soul of our communities through honoring the spirit of the place and helping people become acquainted with it.

We are saddened and alarmed by social problems, but in responding we keep in place the very philosophy that has caused the problems—our habit of treating people and nature as mechanical and disposable. An alternative would be to adopt a different philosophy and theology, one that restores the genius loci and the possibility of a mundane religiousness by which we honor the spirit that we sense in the natural world and give it a face and celebrate its presence. 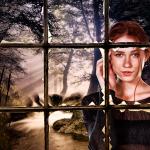 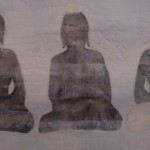 May 20, 2016 Do Monks Have Sex?
Recent Comments
0 | Leave a Comment
Browse Our Archives
Related posts from Soul and Spirit