Do Monks Have Sex?

Do monks have sex?

Most of the ones I’ve known are serious about their vows.  In my own experience—I was a monk for thirteen years—the vow of celibacy didn’t feel like repression. I’ve talked to a few people over the years who did resent it, but while I was a monk I never met anyone like that.

I don’t know exactly how to explain it, but the vow of celibacy can be a joyous thing. Monks are dedicated to living intensely in community. They’re like utopians who want to experiment with a better world. They believe that celibacy allows them to create a really close community, and their purpose in keeping the vow is precisely that—to make real community possible.

As I see it now, toning down your sexual behavior is a secondary aspect of the vow of celibacy. Let me compare it to the vow of poverty. “Poverty” in a monastic setting isn’t primarily about living with few possessions or having a Spartan lifestyle. I know monks who do live that way, but the main purpose again is to share everything in common and in that way intensify community living.

For the Christian monks I lived with, the particularly vibrant community made possible by the vows reflected the new way of being presented in the Gospels. The monastic community was a sample of the “kingdom” or new world that Jesus taught. So it was a utopian attempt to model a better world.

Oddly, I’ve deepened my thoughts about monasticism in the many years that have elapsed since I lived the life. My appreciation for celibacy has only increased, and as a married man I still try to keep the monastic spirit alive in my life, including celibacy.  Obviously, I’ll have to explain what I mean.

In my experience today, celibacy is part of my sexual rhythm. At moments I’m very interested in sex, but other times there may be a lag, or it may be impossible due to circumstances. I know, this doesn’t sound like celibacy, a commitment to not having sex, but it turns out to be something very similar. As far as I’m concern, I’m still a celibate most of the time.

I think couples have to respect the spirit of celibacy as part of their sexual flow. They can even enjoy those times when they are apart and live for a while like real monks. I mean that in a very positive way. It might be better to really get into moments of celibacy than to treat them as deprivations.

You incorporate your times of not having sex as part of your sexuality. I’m a psychotherapist. I know that some people in a couple feel guilty because they can’t always be available to their partners—sickness, loss of libido, too much travel.  Of course, they have to consider how much this enforced celibacy impacts the relationship, but they can also be temporary, situational monks.

Sometimes normal people don’t feel like having sex. Maybe if they made celibacy part of their couples vows, they could affirm those feelings rather than feel bad about them or overrule them. I think the acceptance of ordinary celibacy would actually add to and complete a person’s sexuality. Celibacy and sexual activity could be the yang and yin of sexuality.

Back to the question “do monks have sex?” Maybe you agree with me that not having sex can be a positive and even joyous decision on the part of a monk. It isn’t all that difficult in the right context. Of course, it can cause problems, and it’s not for everyone. But it can be an intelligent, psychologically healthy choice.

In the monastery I found that the joys of community life, and maybe even its tensions, created such a bond that I didn’t miss sex. I didn’t think about it much. I certainly didn’t feel bad about my vow. 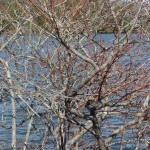 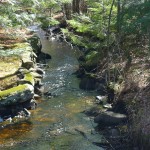