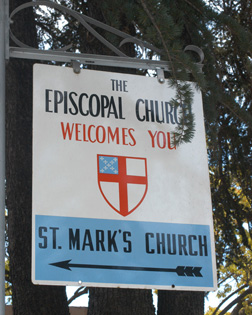 Not long ago I was on a road trip, travelling winding highways that passed through endless small towns.  In many of these towns there was a sign, small but visible, with a shield, a cross, and the words: “The Episcopal Church Welcomes You.”  These signs would lead to a church with an open red door—a church that is a part of a tradition that  from the reformation until now has sought to be a middle way, guided by the three fold mix of reason, tradition, and scripture.

I thought of those signs as I read James Wellman’s Rob Bell and a New American Christianity.  The book is a fascinating picture of one of the most complex figures in American religious life—a man who has been loved and hated within both Evangelical and Mainline Christianity.  Wellman is a scholar of religion and he approaches Rob Bell as such—this is a book about a man and his impact on religious life that should be of interest to anyone who wants to understand American culture.  But it is also a deeply personal book that is at times touching.  There is no academic language here—only the clear and fascinating portrait of a charismatic leader.

Coming into the book I knew little of Rob Bell.  I had read only one of his books, Sex God, which I found helpful, but it didn’t leave me wanting to read more.  I’d never seen a Rob Bell Nooma video, though I’d heard they were good and knew of both Mainline and Evangelical churches that had used them.  I was fascinated by the response to Love Wins, but it didn’t seem like Bell was saying anything really new and I’d long ago stopped caring about the opinions of people like John Piper.  The most fascinating thing about Rob Bell to me was the fact that he could fill a megachurch while preaching a gospel not all that different from the one I heard in often dwindling Episcopal churches.  What made Rob Bell different and why should I care?

Wellman’s book answers that question by pushing Rob Bell as the archetype of a new middle way—beyond Evangelicalism and Mainline Protestantism.  Bell is presented as a man who cares deeply about following Jesus and the evangelical mission of fulfilling the great commission.  And yet, the kind of discipleship Bell is about isn’t one that centers on a one time salvation event to stay out of hell and get into heaven.  There is salvation to be sure, but for Bell “Salvation is the entire universe being brought back into harmony with its maker.”

I was continually surprised by Bell whether it was his rejection of advertising his church or his very public and costly preaching against the Iraq War or his move to Hollywood.  Bell’s continual work to live into the gospel of Christ is heartening and his desire to make an art of preaching is inspiring, but by the end of Wellman’s page turning profile, I felt sorry for Bell.

Wellman, in painting Bell as a charismatic leader, offers this telling quote from one of the leaders at Mars Hill:

“He’s more comfortable in a group of a hundred people or a thousand people than he is in a group of two if he doesn’t know who you are.  A thousand strangers is fine for him, but close up, it’s a little tougher.”

Bell, as Wellman pictures him, is a man who loves a crowd and yet is lonely inside of it.  “Hello, my best friends!” Bell once said to his congregation numbering in the thousands.  This is the kind of statement we must judge as either sad or insincere and I don’t think it was the latter.  I’m sure Bell has circles of close friends, but Wellman speaks frequently of Bell’s lifelong feeling of being an outsider, even as he is embraced with bestselling books and TV specials.

And this brings me back to those signs by the roadside.  I share a good bit of history with Rob Bell.  I grew up in the Evangelical tradition and when it came time to go to college I chose Wheaton.  Like Bell, I found Wheaton to be a rich and challenging place, a place where I was pushed to new theological positions far beyond the Evangelicalism of the administration.  It was in my second year there that I first began attending an Episcopal Church and I became a confirmed Episcopalian taking confirmation classes alongside other Wheaton students and taught by a Wheaton professor.  In the Episcopal Church I found a broad tradition that welcomed my questions and yet called me closer to faith.  I had become a part of a tradition that was both ancient and future.

Rob Bell did not find his way to the Episcopal Church while he was in college and so he kept going on the evangelical route toward the non-denominational megachurch—albeit of a very different kind.  This church model offered Bell a canvas, for as Wellman writes: “Every artist needs time, the rough edges of reality, and inspiration to make their work come alive.  They also need a canvas.  And Bell’s canvas has been Mars Hill church.”

This image of Bell as an artist is one Wellman returns to frequently and it seems one that is appropriate to his loneliness.  The modernist ideal of the artist is that of the lone genius—the pure creative mind who makes art, almost ex nihilo, standing outside of tradition.  Bell seems to embrace this vision, saying that a great sermon should “create new worlds” and speaking of a constant need to move and grow.

But this view is problematic.  No artist is a creative force independent of others, separate from a tradition.  The best kind of beauty comes from within a tradition, working and reworking the old forms to find something new.  This is not to say that there should be no growth or change, but that there is no such thing as an artist creating ex nihilo and the artists who think they are creating as such are likely to do much damage.

This is my worry for Rob Bell.  He is doing much good, creating much beauty, but it seems to be grounded in neither community nor tradition.  It has certainly been successful for Rob Bell and in many ways it seems to have carried forwards many into a deeper discipleship of Jesus.  But like a glittering new suburb, I wonder how long it will last, how long the consumer fascination of today will hold onto its place before receding again into the abyss of fashion.  The old traditions will wax and wane, but in them there is beauty and substance, there are roots.

So as an Episcopal admirer, to Rob Bell I say, the Episcopal Church welcomes you and more than that we need you.  You seem lonely preaching the gospel that Love wins, but we have been preaching that gospel a long time.  You will find a welcome place for your theology in the Episcopal Church, but you can also find a new canvas for your artistry.  We need good preaching and we need people who keep their focus on the only place it matters—Jesus Christ.  But we can also offer you a tune from which riff, samples to remix, masters from which to copy and adapt.  Remember that the really great artists worked within the tradition—Bach was a church organist, Michelangelo a church artist.  You don’t need to be alone, working out your vision of God in the loneliness of the evangelical lie of faith alone, scripture alone.  The Episcopal Church welcomes you, we can offer you a tradition, but you will also need to find a place where that tradition is grounded and living.  You need a local church to be a part of and I’ve hear good things about several in your neck of the woods.  Settle in—you’ll find a tradition gives you friends and an incredible opening to new creativity.

November 25, 2012
The Election is Over and Christ is the King
Next Post

How come I can't see you...
slacktivist
Related posts from Word + Flesh 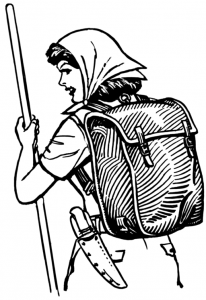 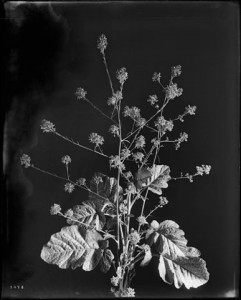 Progressive Christian
The Kingdom of God is Like...Wait for It...
Word + Flesh 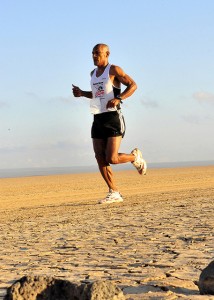