And the Earth Helped the Woman

And the Earth Helped the Woman April 20, 2019 Brandy Williams

“And the earth helped the woman”, said John in his vision. Here is his story: the situation was desperate. The woman had just given birth. A monster had chased her intending to eat the child as soon as he was born, but the instant the boy left her body he was caught up to heaven. So the child was saved but his mother was left behind. Cheated of his prey, the monster turned his rage on her and opened his mouth, breathing not fire but water in a great river to drown her. In that most difficult hour the earth herself came to the woman’s aid; a great chasm opened up and swallowed the river, saving the woman from the monster’s wrath.

This is a story from the Apocalypse, the Revelation of Saint John the Divine. While it is Christian, Revelation is important to Thelemites. Aleister Crowley too had visions, and in several of these he saw images from Revelation: Babylon riding on the beast with seven heads, bearing a cup in her hands which contained both the blood of the saints and sexual fluids. Revelation reviled Babylon, “the mother of the harlots and of the abominations of the earth”, explicitly rejecting women’s sexuality. In Crowley’s vision Babylon became Babalon, the great mother, and Crowley recognized her sexuality as the power through which she gives birth. He made that connection explicit in the creed of Ecclesia Gnostica Catholica: “I believe in one earth, the mother of us all, and in one womb wherein all men are begotten, and wherein they shall rest, mystery of mystery, in her name BABALON”.

The earth echoes through the religions of the world. Even religions which have explictly rejected the divine female and divine imagery cannot ignore the power of the earth. Revelation’s story echoes the story of Leto who was finally given a place to bear her son by the island Delphi. When Sita fleed Rama’s possessive rage the earth opened up to provide her a refuge. When Buddha achieved enlightenment, he touched the earth who said, “I witness.”

The situation of the world is desperate. The survival of the human species depends on women giving birth. In doing this women risk their lives. Women die in childbirth. They risk their health. They commit their futures and fortunes to caring for the children. All of us benefit from this, we were all born from a mother! It is a human responsibility to care for mothers and for children. Yet violence against women is a fact of life all over the world. In America where I live every woman has been affected by sexual violence, nearly every woman has been struck or groped or raped, and women are murdered, even while pregnant. It is clear that something is terribly wrong.

The same wrong done to women is done to the earth. She is, as Crowley says, “the mother of us all”, and human life depends on her sweet water and clear air and abundant food. We have so far lost sight of this fact that we have very nearly broken the web of life. Every fierce storm, every fracking-induced earthquake, every heat record broken should remind us of this.

As I write the Northwest has experienced the most chaotic winter ever. A warm January gave way to a February snowstorm, then a week after the last frost the temperature rose to nearly seventy in the hottest March on record. I couldn’t join in the general chortling about the welcome sunshine because my garden was devastated, not by the cold or heat, but by the breaks in the pattern, the lack of consistency. One of the best farmers in the state, Nash Huber, lost seed crops of cauliflower and broccoli bred for cold and disease resistance to flocks of swans that noticed the plants in the melting snow. When our smartest farmers who are trying to navigate climate change sustain this kind of blow it affects us all. We all eat.

Here is my earth day pledge: 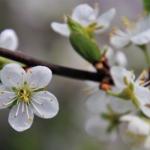 April 19, 2019
How do Thelemites and Witches celebrate Easter?
Next Post 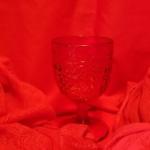 May 29, 2019 Creating the Magical Womb
Recent Comments
0 | Leave a Comment
"I have a set series of prayers and thanks that I offer to my Gods ..."
Kyllein MacKellerann " Wiccan Devotionals Revisited
"Yes!"
Gordon Cooper In Praise of the Wise Old ..."
"well done! thank you for this. I am a Crone, a Grandmother and I am ..."
Tara Wolf In Praise of the Wise Old ..."
"The Egyptian goddess Nut is not "black skinned". In the ancient Egyptian art, the women's ..."
Viktor Gyenis The Black Goddess Nuit
Browse Our Archives
get the latest from
Pagan
Sign up for our newsletter
POPULAR AT PATHEOS Pagan
1 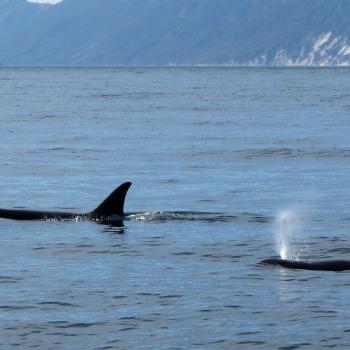