The Mercy of God is a Diamond in the Dark 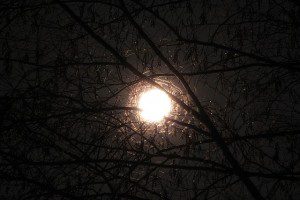 I am a city child, but once a year my family used to visit a state park deep in the Appalachian Mountains of West Virginia, and it was there that I learned everything I know about Divine Mercy.

Once, I hiked the Anne Bailey Lookout Trail with my great uncle who had hiked it many times. It’s five miles, gradually up a mountain and into a patch of tasty huckleberries; then to the lookout post where you can see for miles, then quickly downhill on an extremely steep two-mile sprint to the campground. Foolish people attempt to hike the trail backwards, starting with the two miles shooting steeply uphill from the campground, but they usually tire and give up quickly. For those who will not listen, the trail is impossible. For those who listen and go the right way, there’s a gradual climb, nourishment at just the right time and the reward of seeing all you wished to see. It requires every ounce of your strength but not more. The Mercy of God is something like that.

Once, I went for a hike by myself on another long rambling trail, despite the fretting of relatives who thought those who hiked alone invariably broke their ankles and starved to death awaiting rescue. I packed a lunch and left early in the morning. I was awed by the beauty and the solitude, the constant murmur of a thousand living things that is quieter than any silence. I enjoyed the pleasant comfort of having no one to talk and scare the birds away, no one to chide me for spilling my lunch all over the hollow log where I rested. And then the trail abruptly vomited me onto an unmarked paved road right in the middle of the woods, and I realized I had no idea where I was. I had already hiked for many miles. I didn’t know if I was still within the borders of the state park. I didn’t know which direction of the paved road led back to the cabins and which direction would take me through wilderness fourteen miles to the nearest town. I had no cell phone and of course I hadn’t thought to bring a map. I ventured a guess, and I walked the path I did not know. There were plenty of things to be afraid of, but I wasn’t afraid. I couldn’t be afraid, because it was too beautiful. The Mercy of God is something like that.

Once, I left for a hike on the lake trail just as the sun was setting. Night comes quickly in the mountains; one moment it’s late day, and then suddenly it’s pitch black with no street lamps to ease the transition. I had miscalculated how long it would take to reach the end of the trail. I was on the far side of the lake away from the cabins when night crashed around me. I could barely see a thing. That trail is not very clearly carved anyway, and I could not see as far down as my feet. I had the lake to one side of me, so I wasn’t in danger of disappearing into the wilderness– I was, however, in more than a little danger of tripping and breaking my leg, as my aunt had fretted, or of wandering off the slim path and surprising some animal in the dark.

It’s a fact I’ve observed many times that deer sneeze when they’re startled. If you surprise a deer, it will let out a percussive sneezing sound and swivel its ears in your direction; if you make more noise it will run away, flashing its white tail. Deer sneeze when startled, geese hiss and head for the water, beavers slap the surface of the lake with their tails, squirrels climb the nearest tree, skunks run away but will spray if pursued. Nests of hornets attack en masse. Raccoons and possums will claw and bite, and the bite is usually diseased. Rattlesnakes strike. I did not know or want to know what a black bear would do. All of those creatures lived in the woods, many were most active after dark, I was in among them and I couldn’t see where I was going. If I could stay on the path, I would be safer, but I could not see the path. I could end up kicking my foot into a rattlesnake burrow, if I managed not to trip on a root or crash headlong into a tree. I had no idea where to go.

And then I saw the diamond, the diamond in the dark. I was seeing a geometric shape hovering before my eyes, brighter than anything except the moon above the trees. Someone had stenciled a reflective white rhombus shape onto a tree trunk at the very edge of my vision. I stumbled toward it, then forward for a little bit, then toward another diamond on the tree trunk several paces beyond that. Another tree had a diamond-shaped reflector screwed to its trunk. A little further, a pile of rocks had been stenciled with the same white. The moonlight was enough to reveal them and very little else. I walked in darkness, afraid but thankful, going from one faint marker to another, until I reached the lake’s spillway and a bridge. Across the bridge and through a field; then I was back at the cabins with a story to tell my family. A walk through darkness, with only trust and the occasional mysterious symbol to lead me home.

That is the Divine Mercy. The Mercy of God is a diamond in the dark. 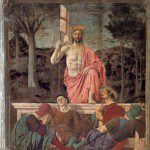 March 25, 2016
Daybreak: the Terror of Easter Sunday
Next Post 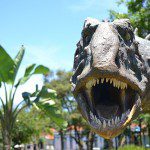 March 29, 2016 Even the Dinosaurs Cry in Anguish
Recent Comments
0 | Leave a Comment
"Not lazy. Actively, aggressively malevolent. Our gun culture and other elements of our society are ..."
kenofken The Oxford School Shooting and its ..."
"I taught at an enriched daycare about 15 years ago, and we had an "incident" ..."
Mary The Oxford School Shooting and its ..."
"The other vaccine is the COVID shot, we now know that COVID can cause stillbirth. ..."
Mary The Pro-Life Movement Continues to Gaslight
"I think I got it now!"
Mary The Pro-Life Movement Continues to Gaslight
Browse Our Archives
get the latest updates from
Steel Magnificat
and the Patheos
Catholic
Channel
POPULAR AT PATHEOS Catholic
1 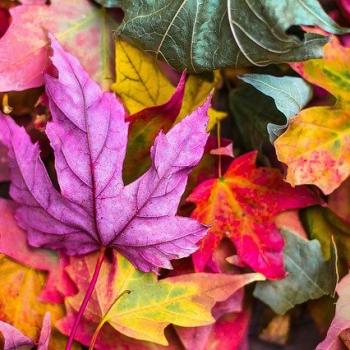 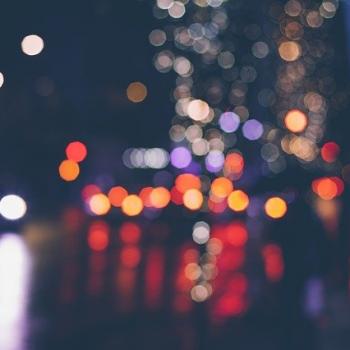