Is God Good? All the Time? 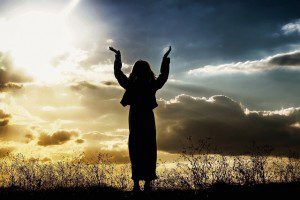 You may recall that last week I went to see God’s Not Dead 2, and I didn’t like it. I didn’t have time to mention that I met a new friend on the way to my movie. There was a talkative gentleman sitting in a new electric wheelchair at the front of the bus, and I heard him ask the driver for directions to the Social Security office behind the mall, the bus’s last stop. I told him it was right by the movie theater and that since I was going there, I would show him the way. He thanked me as if this was an enormous favor. We went through Steubenville’s tiny mall together, and as we went he talked about his brand new wheelchair and how he was still getting used to having to charge it every so often. He said he was living in the low-income high rise apartments downtown by the river; it was the first time he was not homeless in years. He was still getting used to the buses and to driving his wheelchair, but he was grateful for them both. This was the first time he’d been to a mall, in years, and he thought it was a beautiful mall. Then he called me one of God’s angels, for walking with him in simple courtesy, and we parted ways. I went into my movie. I watched all the way to the end. And the ending scene made me sick.

I watched the handsome white pastor character leaving the hospital in a shiny wheelchair which he would soon leave; he was recovering quickly. He was going to go home to his well-decorated house behind the stately old church– he was going to go home in his Prius which he’d boasted about three times already. On the way out of the hospital, the pastor saw on a conveniently placed television that Grace’s court case had gone exactly as he’d wished. He was going to be well, he was comfortable, his enemies had been confounded, and he was going home in a Prius. He and his fellow pastor exchanged that most irritating of Charismatic watchwords: “God is good. All the time! All the time? God is good!”

Easy for him to say.

Do I doubt that God is good, all the time?

It’s taken me all weekend to unpack how angry I am. Father, who sinned, this man or his parents, that he’s suffered so badly that he considers a new wheelchair, a low-income apartment and someone to walk through the mall with him a blessing by comparison? Where is his miracle? And while we’re at it, where is mine? I am also poor and stuck in the Ohio Valley. I’ve been a heartbeat away from homelessness too many times to count. I’m chronically ill. I never know when I can leave the house and when I’ll be stuck on the sofa, complaining. I have friends who get on social media to praise you with that odious “blessed” hashtag, thanking God for a new house, a new car, a Caribbean vacation. You appear to have bent over backwards to fulfill their desires. I also have friends who are in anguish, and you don’t intervene. I have a friend who’s losing her fiance to end-stage cancer, and another who’s been in the hospital with her autistic son more often than she’s been out for the past year. Father, he’s at death’s door and you don’t answer.

Are You good? All the time?

I have seen actual miracles, real ones. I know a man who had a deformed leg from a birth defect. He would always wear a brace and he always had to walk carefully to avoid shattering the atrophied leg. While he was being prayed over, his deformed bones reformed, and his atrophied muscles grew. He physically can’t fit into the brace anymore, and he can run. I’ve heard of other cases that could be explained away but seem to be miracles, real miracles. But they are so few and far between they’re hard to believe in. And one doesn’t seem to be coming for me, or my friends here in the valley, or others who wait for You. Is it my sin, or the hardness of our hearts? Why are you silent? Where have you gone?

I can’t explain this mystery away, and I won’t try. I can ponder, and I do. I ponder it often, and this is what I’ve come to know.

Are there miracles? Oh yes, there are miracles. The lame beggars do walk and the blind see. There are great signs in the sky. Your old men have visions and your young men dream dreams. Except when they don’t. 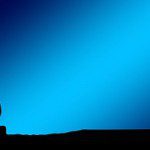 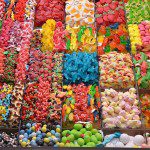 April 12, 2016 Be Sweet!
Recent Comments
0 | Leave a Comment
Browse Our Archives
get the latest from
Steel Magnificat
Sign up for our newsletter
POPULAR AT PATHEOS Catholic
1 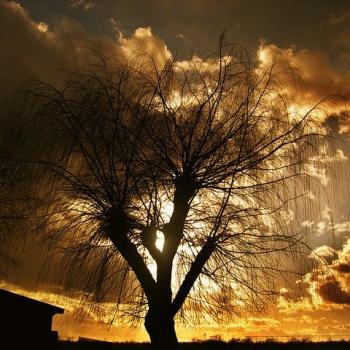