Whatever Happened to the Pro-Life Movement?

Whatever Happened to the Pro-Life Movement? May 11, 2016 Mary Pezzulo 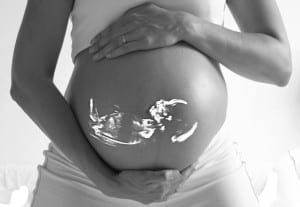 The pro-life movement is infested with cranks who suffer from monomania. Most of us know someone of this type. When you mention that children are dying from bombings in the Middle East, they say “You know what else kills children? Abortion.” When you mention neglect in nursing homes, they say “You know who else is neglected? Unborn babies.” When you tell them that pigs suffer in gestation cages, you’re reminded about fetal suffering. When you talk about AIDS, they tell you that Doctors Without Borders is pro-choice. When you can’t take it anymore and pour yourself a soothing rum and Coke, they tell you there are human fetal cells in Pepsi. They have only one setting, and that’s not their only problem.

These monomaniacs are uniquely gullible. They are convinced that, however many lies a politician tells, the politician can be trusted if he says something against abortion. Never mind if he was saying something for abortion a year or a day or five minutes ago; if he says something even vaguely anti-abortion now, he’s their candidate. And never mind if the candidate supports the killing of any other sort of human being, far and away beyond the parameters of Just War or the principle of double effect. If he’s said anything even cursorily against abortion lately, they make excuses for him for everything else. They say that Just War is confusing so it doesn’t count. They say that torture is undefinable so it doesn’t count. They’ll ignore the Pope when he talks about any other topic. They’ll claim Muslims worship demons and that somehow makes it okay to be prejudiced against them. Forget trying to explain that, according to the Church, other forms of life have a certain dignity too and we can’t just destroy the environment and raise livestock in squalor. No other sin so much as pings on their radar. Not even the killing of children overseas; not even the killing of unborn babies when a pregnant woman is shot in a war zone or with a stolen handgun. Only the unborn killed by legal abortion count.

And they take it farther than that. If you try to explain that certain other societal factors fuel abortion, they’ll accuse you of mortal sin. You’re not allowed to mention that low wages, social stigma or a lack of healthcare can drive pregnant women to make that choice. You’re not allowed to suggest that fighting for maternity leave, equal pay or any other factor that would ease a working mother’s burden might lead to more working women deciding to be mothers. The only tactic you’re allowed to take to fight abortion is directly fighting the medical procedure of abortion, through legislation, through yelling at people and through never talking about anything else. Suggest a more holistic approach, and these people will tell you you’re secretly pro-choice and probably also gay.

Do I sound angry? Well, I am. I’m mad enough to spit nails. Remember, I used to picket abortion clinics. When I picketed abortion clinics I saw horrors: underage girls crying as adults pushed them inside. Women who barely spoke English crying as they shook their heads at sidewalk counselors. Women collapsed as they stumbled out to their cars when it was all over. I could tell you about a hundred health code violations that were never taken seriously. And that’s just on the women’s side; never mind what happens to the babies. I could show you the literature I used to pass out, explaining about saline burns, dismemberment, little severed and broken limbs, little heads deflated like balloons. How did a nightmare like this become a joke?

We made it a joke. We, the pro-life movement in general, managed to make this into a joke. We made it a joke because we won’t denounce all the cranks. I’m not a vegan, but I have vegan friends who denounce the hypocrisy of PETA, and I respect them because they’re taking a real ethical stance instead of being knee-jerk and irrational. I’m not a socialist, but I have plenty of socialist-leaning friends I respect, because they’re the first to denounce communism and the evils of Stalin. Their position is consistent, and they hold it ethically. But my pro-abortion friends do not respect anyone in the pro-life movement, because we won’t denounce the monomaniacs, the people who make us look like misogynistic and hypocritical loons.

For the record: I’m pro-life, and I denounce the misogynistic and hypocritical loons. I denounce Priests for Life for their ludicrous fawning over whoever the Republicans have churned out for a presidential candidate, no matter how obviously they’re lying about abortion and no matter what other mortal sins they publicly support. Steel Magnificat is not going to endorse any presidential candidate, because no candidate who stands a chance at the White House this year is consistently pro-life. I’m not saying don’t vote, I’m saying don’t get played; don’t make your decision based on lip service to abortion and don’t claim that falling in line behind a Republican will magically change anything. I denounce the Quiverfull movement for its disrespect for women and advocating of child abuse. I denounce everyone, Republican and Democrat, who thinks that killing American children through abortion is evil but killing civilians through drone strikes is okay. I denounce people who are against abortion in theory but won’t respect poor women and children by their actions. We can have respectful dialogue about different ways to help and what would be more effective, but if you simply believe that poor women and children don’t deserve your help, you’re not pro-life. I denounce people who claim they love unborn babies but are cruel to women who bring their children in public. Either you welcome babies or you don’t. I denounce people who claim to be faithful pro-life Catholics but ignore the Church on stewardship and care for the environment, even when exploitation and destruction of the environment is hurting families and children.

We need to reform the pro-life movement. We can’t be monomaniacs or political dupes anymore. “Catholic” means “universal” and pro-life Catholics have to be universally pro-life. We have to take a holistic approach to supporting all life, by all means: through personal conversion, through intercession, through dialogue, through private charities, through legislation and politics, and through our entire approach to everyone we meet. We have to be willing to denounce killing, even when that killing is supported by someone who is against abortion. We have to be willing to support laws that will help the poor and protect the environment, even if those laws happen to be supported by people who are pro-abortion. We have to give of ourselves in all areas of life, to anyone who comes to us for help, first of all because they deserve it but also because it’s the only way we won’t be hypocrites when we call ourselves pro-life. 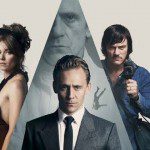 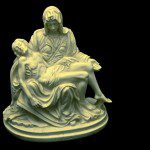 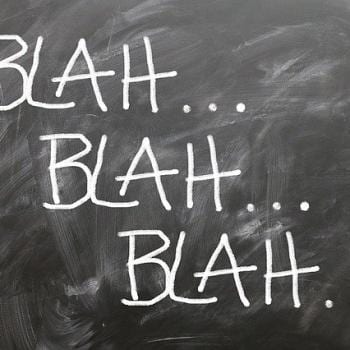