How to React to Police Shootings? 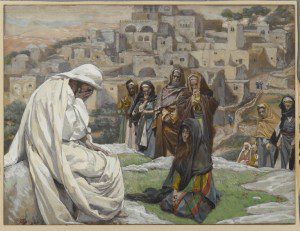 In seeing the heart-rending accounts of yet more cop-on-black violence early this morning my heart was torn. Shouldn’t I say something? Should I curl up in ball and curse the day the human race was created? Stay silent? Vomit? Weep?

I know that, not so long ago in this country, when my great-grandfather immigrated and brought his family here, Italian immigrants would have been looked down upon as not really white; not like us, inferior. (As I understand it, that mostly faded during and after WWII). I know that for my part and in my lifetime I have never been considered anything other than white, and never to my knowledge been looked down on for any reasons connected to ancestry or culture.

What can I, an over-educated white guy, say to or about those who have been systematically denied equal rights and equal opportunities? Don’t I have a laundry list of blessings some of my neighbors- especially those with darker skin than mine -don’t have? And a laundry list of burdens than I have never had to shoulder?

A perfect illustration of this: on the couple of occasions when I have been harassed by an over-zealous cop, it was frustrating, but I never had to fear for my life. I could talk to the yelling officer (and, you know, I think it was the same guy both times), and politely explain that I walked to my home across town from the adoration chapel this time in the early AM every Thursday, and why was I being prevented from returning to my home? Or, on the other occasion, earlier but still late, that I believed it was perfectly legal for me to take my 3 year old daughter out after dark if she couldn’t sleep and why was I being detained?

I could speak in that way, comfortable in the shared knowledge I had with the officer. The knowledge that: a) he had no probable cause for the stop; b) I had committed no crime; and that, c) he was going to look at my skin color, hear the educated way I talked, and drive off. In neither instance did he even bother to take my name. It simply didn’t occur to either of us for him to radio for back up, execute me in the street, or otherwise abuse his badge. I don’t lament that I have that freedom and privilege, but why do so many of my fellow Americans, equal under the law  – but not in its enforcement – not have the same rights?

I’m talking about it and I still don’t know what to say.

Why aren’t we equal? We’re supposed to be and sometimes we are. Other times it’s nowhere close. 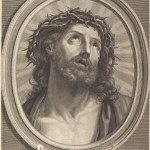 July 6, 2016
Being A Victim Is Not Impure: On the Martyrdom Of Saint Maria Goretti
Next Post

July 7, 2016 How NOT to React to the Philandro Castile Shooting
Recent Comments
0 | Leave a Comment
Browse Our Archives
Related posts from Steel Magnificat