A Story at Bedtime: The Adventures of Basil Fet Frumos

A Story at Bedtime: The Adventures of Basil Fet Frumos September 13, 2016 Mary Pezzulo 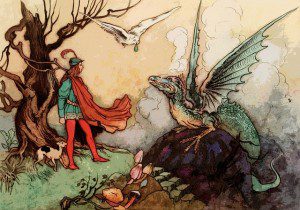 Most parents do. Bedtime is the time of day when parents of preschoolers spend approximately three hours begging, cajoling and threatening their children to go to sleep. And then we try various patented parenting techniques, which I’m sure many of you have already begun to type in the combox just now. And those don’t work, but if we admit they don’t work we’re told that they only didn’t work because we are horrible mothers and probably also fat. And so on it goes.

“Please,” I said, “Anything but dinosaur books.”

Rose was already sorting through her stack of dinosaur books. “It has to be a depressing one.”

“Anything but dinosaur books,” I repeated, conscious that I’m a horrible mother for squelching my daughter’s innocent wonderment. “Can’t we read something with pink princesses in it?”

“Pink princesses?” echoed Rose, who uses her Barbie Dollhouse as a base for her Avengers action figures.

“Just not dinosaurs,” I begged. “Anything but dinosaurs. I’m sick of those awful dinosaur books…”

Rose was already handing me the book entitled Tyrannosaurus, with the drawing of the mysteriously obese and clumsy skinned turkey of a Tyrannosaur on the cover. This is the book in which the Tyrannosaurus gets mauled by a triceratops, bleeds all over the place and nearly starves to death before successfully eating a juvenile Alamosaur. I had read it at least two nights in a row.

We compromised; we read the book about the Ankylosaurus. Nothing is eaten in the ankylosaurus book except vegetation. The ankylosaurus gets away with sliding down a rocky embankment, defending herself from two tyrannosaurs and going back up the hill to bed down under a favorite shrub.

“Awww,” Rose improvised as I finished it. “But she died in her sleep.”

I am a horrible mother, so I didn’t correct her for joking about death.

It’s not that Rose demands books about dinosaurs every single night; only about five nights a week. She also likes the occasional fairy tale. I have a wonderful book of fairy tales, a book I’ve cherished since I was Rose’s age. An Illustrated Treasury of Fairy and Folk Tales by James Riordan has traditional fairy tales from all around the world, each lovingly illustrated by a different artist. There’s not a dull page in it. As a little girl, I was particularly enamored of the Russian folktale wherein Prince Ivan weds Vasilisa the Wise disguised as a talking frog. I also liked the folktale from Northern China, wherein Lotus Blossom weds three demons and eventually a compassionate prince, not to mention the haunting Ethiopian folktale of a woman who marries the wind.

Rose, however, does not like those stories. She likes a Romanian folktale called “Basil Fet Frumos.” I have read “Basil Fet Frumos” nearly as often as I’ve read Tyrannosaurus. I think I’ve got the whole thing memorized; let me see if I can tell it to you off book.

“Basil Fet Frumos” begins with a pretty and industrious young virgin sniffing a sprig of fresh basil, the scent of which is so pleasurable that it renders her pregnant. I don’t know if Humane Vitae covers the issue of whether it’s licit for a fertile woman to put a clothespin on her nose while handling fresh Romanian basil, so I won’t go so far as to advise it to my reader. In any case, the virgin goes home and tries to explain what’s happened to her parents, who are having none of it. They turn her out of the house. The poor girl wanders the wilderness until she happens upon the cave of a dwarf hermit named Fet Frumos, whose eyebrows are so long he must hold them up with a stick. Fet Frumos gives her a place to stay and adopts the baby, young Basil Fet Frumos, as his own son, bequeathing to him his old sword and armor (which are fortunately one size fits all). 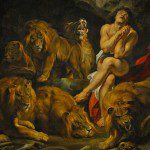 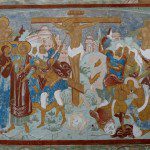 September 14, 2016 Why the Cross? A Meditation for the Feast of the Exaltation of the Holy Cross
Recent Comments
0 | Leave a Comment
"I'm a fat kid so I was fascinated by the Sugarplum Tree. The candy and ..."
Mary As the Water Rushes In
"It is when we get beyond the flowery rhetoric, the Latinate catechisms, the repetitious (but ..."
Joris Heise Saint Therese, Stella Immanuel and the ..."
"I liked the ones about the family of bears that lived in a little girl's ..."
Katherine Nielsen As the Water Rushes In
"That's it, that's it!!! And it had "The Sugar-Plum Tree," and that fat-shaming story about ..."
Mary As the Water Rushes In
Browse Our Archives
get the latest from
Steel Magnificat
Sign up for our newsletter
POPULAR AT PATHEOS Catholic
1