In Conversation With the Comfortably Ignorant

In Conversation With the Comfortably Ignorant September 19, 2016 Mary Pezzulo 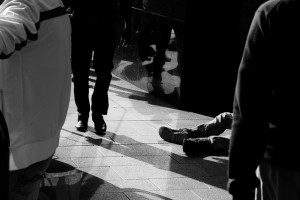 Friend of Mine: If anyone wanted to pay me $10 / hr for work (and l could leave the kids for free), sure.

S&M: Why not leave the children with your husband? Aren’t virtues gender neutral? Surely it is not too difficult to find something for $10 or $15 or $20/hr?

FM: My husband works all day. When he gets home he takes the kids and l go to work. You clearly have no idea what the economy of my region is like. Hilarious.

Friend 2: “Surely it is not too difficult to find something for $10 or $15 or $20/hr?”
<Insert incredulous spit-take>  Where IS this place where people can choose to work for however many hours they desire, without practical limitations of local economy, geography, transportation, childcare, etc?
ETA: I forgot to add “education, qualifications, previous experience…” to that list.

Friend 3:  S&M, I was going to ask if you were serious but I see that you are. Most jobs that pay that kind of money and are legal will either destroy your health or will require you to be on call from 6 am – 10 pm 7 days a week in order to work 20 hours a week, basically making it all but impossible to have a second job.

Me: And the whole “stop spending two hours on Facebook, get a job instead,” because employers will let you choose your own hours when you aren’t busy and they’ll hire you for two hours a day.
Unless you’re a Mary Kay lady, that’s not going to work. And Mary Kay ladies don’t usually make $20 an hour, at least not on average.

Friend 4:  I’d like to live in the mystical land where side gigs aren’t subject to 15% self-employment tax, and possibly income tax as well.

Me: The mystical land where if you DID make an extra 7k a year, you wouldn’t use it to pay off debt or buy something you desperately needed but were doing without, you’d just go on a 7K vacation.

S&M: I’m not one to encourage people to work a second job unless they really have good reasons, since it takes time from family and friends. I was just observing some people complaining about how little assistance goes are also spending a bunch of time on fb. There are opportunities out there if someone makes the effort. Anyone can look-up what a dog walker or dog sitter charges, or landscaping, painting, baby sitting, web page programming…. If someone is complaining about not enough for vacation or basics, and spending a lot of time on fb, those are choices. A friend of mine is a bee keeper to make money. Years ago I dig ditches when I was laid off instead of collecting. And last I read, uber drives can average $20/hr or more.

Me: Must be nice. I honestly thought S&M had started this digression to recruit us all to a pyramid scheme, but the dude is dead serious. He thinks poverty will go away if you find odd jobs to work for your neighbors. Bless his heart.

S&M: Mary Pezzulo, ah…thank you. So much imagination, have you thought of blogging? I hear they pay per click. While I never said poverty will go away, I am serious that there are opportunities if one looks, and complaining on fb isn’t gonna make most people money. We all only have so much time each day.

It just went on from there.

I believe in a just God with all my heart. But I’ve sometimes though that the blessed ignorance of the comfortably naive is the greatest obstacle to faith in a just God. The disparity of experience which leaves some people so ignorant they honestly imagine that anybody can make extra money, if only they weren’t so lazy. That the problem with other people, is that other people spend too much time on Facebook. Other people have nothing to teach me about the way the world works; they only exist so I can enlighten them on how their problems wouldn’t be problems if only they’d be industrious like me. Never imagining that other people are too busy at their poorly paying jobs to walk dogs; that not everyone has an unemployed spouse who can watch the children; that not everyone has the health to dig ditches or the capital to buy and raise bees.

I wonder if the rich man from the parable of the Rich Man and Lazarus ever wondered why Lazarus didn’t start a cottage industry walking those dogs who were licking his sores. I find it incredible that he simply never saw the beggar at his doorstep; more likely that he never saw the beggar’s humanity. He only saw an object in his field of vision and imagined all kinds of tasks that object could do in order to not be a beggar anymore, and take a nice vacation. 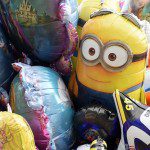 September 19, 2016
The Vanishing of Doctor Jane Smith
Next Post 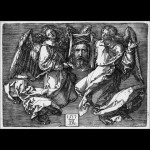 September 20, 2016 There Is Light Eternal Yonder
Recent Comments
0 | Leave a Comment
"Hi Mary, just wondering if there were any updates with this story as far as ..."
Armchair Philosopher Compassion, Victim-Blaming and Apologetics: A Reply ..."
"Please provide actual a citation for your claim. Also, republicans aren't against he;ping, they just ..."
SJH Save Lives or Punish People? Which ..."
"Good article, but why leave out America's greatest sin - Abortion?"
Mike Meads I Will Not Teach American Exceptionalism
"Hi Mary: If I may, allow me to provide some thoughts. The fatigue of fibromyalgia ..."
michael platt, md On a Bright Day
Browse Our Archives
get the latest from
Steel Magnificat
Sign up for our newsletter
POPULAR AT PATHEOS Catholic
1

Trump Refuses to Commit to Peaceful Transfer of...
President Trump’s long time consigliere, Michael Cohen has said that Trump will...

SCOTUS Confirmations & Increasingly Radical Democrats
These are my comments in a lengthy thread on a public Facebook...
view all Catholic blogs
What Are Your Thoughts?leave a comment
Copyright 2008-2020, Patheos. All rights reserved.