The Only Thing Scarier Than A Spook

The Only Thing Scarier Than A Spook October 24, 2016 Mary Pezzulo 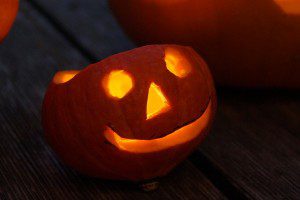 Halloween is almost here. Hooray!!! I’ve already gushed about my great love for Halloween. We’re Trick-or-Treating twice this year, once at the indoor Mall trick-or-treat night and once in an actual neighborhood. My daughter decided to go as Bumblebee, and as I get to take her trick-or-treating, I get a costume too. I’m going to be Delirium.

Now, as I’ve already mentioned in the above link, growing up on the Planet Charismatic, we objected to Halloween. I’ve told you the story about the patron saint costumes and the cardboard angels, and I promised that it got worse after that.

The next year, we weren’t allowed to trick-or-treat at all, not even dressed as patron saints. The next year, we had to vacate the house on Beggar’s night, leaving it locked up, un-decorated and with the porch light out. Instead of Trick-or-Treating, we were going to the “People of God’s Love Harvest Party.”

‘It’s okay,” my father said. “Halloween is all about the candy, right? You’ll still get candy. They hand out candy at the end.”

I tried to explain that Halloween was also about costumes and spooky fun, but spooky fun and costumes were of the devil, and forbidden. At least we were still getting candy.

“People of God’s Love” was not our usual Charismatic community; it was an interfaith community of evangelical Christians and Charismatic Catholics who were paranoid about Halloween. At least, that was all I knew about them. I’m sure they had good points as well. But we only joined them once a year, on Beggar’s Night, for their paranoid anti-Halloween harvest party. At least a hundred people were there, avoiding the contamination of the devil and promising there’d still be candy.

It wasn’t a horrible party, for the most part. There was a bonfire. There were very slow hayrides. There were a good many pumpkins lined up near the shelter house, carved not with sinful Jack O’Lanterns but with the Ichthus or the Holy Name of Christ or a brief invocation; they flickered yellow and eerie, brighter and brighter as the sun set, a Protestant litany carved out in the flesh of winter squash: JESUS Jesus JESUS Jesus JESUS SAVES.

I met some other Catholic homeschooled girls, and we played in the nearby woods, pretending to be “Native Americans who converted to Catholicism.” We weren’t allowed to be a different religion even in our pretend fantasies; it was too dangerous.

At dinner time, we gathered for a potluck in the shelter house, hemmed in by the flickering Jesus pumpkins. A woman passed out lit candles for one and all. We sang a hymn, with the Catholics holding their candles at waist level and some of the Protestant ladies waving them above their heads.

Then it was time to leave, and each child received their pittance: a small lunch bag with about six “fun-size” candies in it.

That was all there was. 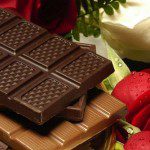 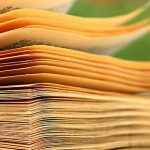 October 24, 2016 Jack Chick Has Died
Recent Comments
0 | Leave a Comment
"That sounds like a fun childhood experience. I hope you get to take Rosie and ..."
Bemused From the Dead River to the ..."
"Not surprising. If an organization has an explicitly all-male hierarchy, then the purpose of that ..."
Juniper The True Effect of COVID and ..."
"You have to fix evil by the generation, unfortunately, because people can’t come to terms ..."
Juniper The True Effect of COVID and ..."
"The calf represented the golden calves that were set up in alternate worship sites in ..."
swbarnes2 A Golden Calf? Or Another Idol?
Browse Our Archives
get the latest from
Steel Magnificat
Sign up for our newsletter
POPULAR AT PATHEOS Catholic
1

Building The Right Legacy
“Rather, whoever wishes to be great among you shall be your servant;...
view all Catholic blogs
What Are Your Thoughts?leave a comment
Copyright 2008-2020, Patheos. All rights reserved.