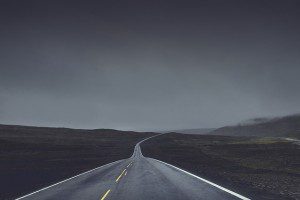 Last night at the anticipation Divine Liturgy, we heard the gospel of the Good Samaritan.

A man went down from Jerusalem to Jericho.

We all do, at some point. Jerusalem is the City of God, the city with the Temple Mount, the city of compact unity set on the hill for all the world to see. All the tribes of Israel go up to Jerusalem. All the nations of the earth will make their pilgrimage there, and all will declare that the Lord is God above all the gods. Even David, the Lord’s Anointed, was unworthy to build a temple in the Holy City; even John the Baptist, greatest man born of woman, was unworthy to untie the sandals of the King who entered Jerusalem on a donkey’s colt. That city is holy.

Jericho is not holy. Jericho is the city that was placed under the ban, because they would not let the Children of Israel through. The walls crumbled to dust at the sound of the Lord’s cry, the battle was fought, and nothing was left of Jericho save the family of Rahab the harlot. God commanded the Israelites to take nothing from Jericho, but they didn’t listen. He commanded that the walls never be rebuilt, but they were. That city is accursed.

A man was going down from Jerusalem to Jericho.

He wasn’t in a caravan or traveling with anyone else, of course. The only way to get down from Jerusalem to Jericho is alone, under cover of night. It’s always night on that path. And in the night, you meet robbers.

What happens next? A priest comes by, going down the same road. Down the road, to Jericho? How can that be? He should have been going up, to Jerusalem, but that’s not what the text says. The text says that priest was going down the same road. The priest going down the road to Jericho and he sees a half-dead man, so he passes by. Can’t make himself ritually impure by touching the dead. He’s going down from Jerusalem to Jericho, away from the City of God to the Accursed City, alone under cover of darkness, but he’s keeping himself pure according to the letter of the law. Many others have taken that exact path down to Jericho. And along the way, they always find themselves not only neglecting their fellow men, but believing that in doing so they are glorifying God. This is how things work, on the road from Jerusalem to Jericho.

Next comes a Levite, a chosen soul, a man blessed by God from his birth. The Levite is also going from Jerusalem to Jericho, alone, under cover of darkness. He sees the half-dead man and continues on his way. He doesn’t want to meet the same robbers, after all. He wants to keep alive; he’s too smart to get robbed. He’s a special man, a soul sacred to the Lord, and the Lord will take care of him if he minds his own business. Never mind that he’s fleeing the City of God to go to the City Accursed.

Now who comes along? A Samaritan. The Samaritans are outcasts, of course. They’re not God’s chosen souls. You don’t travel through their cities, for fear of becoming unclean. You don’t even talk to them or the curse will fall on you.

But who is the Samaritan? The Samaritan is Christ. Christ is moved with compassion for the half-dead man on the dark road, the road that leads away from the city of God down to Jericho. He treats his wounds with oil and wine, the matter we find in the sacraments. He carries him off the road, to an inn, and pays for all of his care. And we who follow Christ are commanded to go and do likewise. Assume the mantle of one who is accursed; an unclean thing that no one should talk to. As Christ was cursed by all His people and put to death outside the City of God, so will you be. Go out to the road between Jerusalem and Jericho– not to hurry on to Jericho but to find half-dead men and women, be moved with compassion, and treat their wounds. Bring them to a place where they can be healed. Pay their expenses. Do it again and again.

The half-dead man can leave the inn whenever he likes. His bill is paid. He can return to the road from Jerusalem to Jericho. All of us who have been rescued, taken in, sealed with the oil and healed with the wine can do likewise, if we wish. We can choose to go to Jericho; we can hurry to Jericho, believing, even as we flee God, that our status as God’s chosen will save us when the city is destroyed. Or, we can find our path back to Jerusalem, under the disguise of the God who took the form of a slave. We can arrive in time to eat the Passover, and be crucified with our Lord.

The road lies between Jericho and Jerusalem. 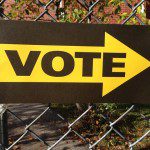 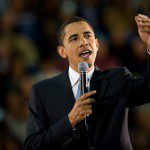 November 6, 2016 Thanks, Obama
Recent Comments
0 | Leave a Comment
"That essay was spot-on excellent."
Todd Flowerday The Patron Saint of Love and ..."
"What makes you so sure that bees are incapable of love? Many of their behaviors, ..."
3vil5triker . The Patron Saint of Love and ..."
"This is not about "choosing evils" and whatnot, its about being upfront and honest about ..."
3vil5triker . When Chaos Itself Becomes Victory
"I won't speak for Rebecca, obviously (I'm more conservative than she is on some points), ..."
Edwin Woodruff Tait When Chaos Itself Becomes Victory
Browse Our Archives
Follow Us!