Nothing Goes With White: A Bedtime Story By Rose 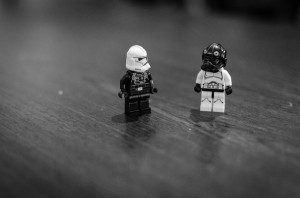 It was bedtime, but five-year-old Rose wasn’t at all sleepy.

‘Okay,” I said, propping my eyes open. “Let’s talk about the first Star Wars movie. It starts with a battle–”

“No! It starts–” she made spittle-laced drumroll noises with her mouth, in imitation of the 20th Century Fox fanfare. “And then there’s music and lots and lots of letters.”

Rose stared. “She is NOT beautiful!”

“White is NOT a pretty color.”

“You mean her dress? But,” I pressed, with my tiresome parental habit of inserting a moral into every conversation, “Isn’t beauty more than clothing?”

“She has the hood of her dress over her head when she talks to the droids,” Rose went on. “And then she’s taken prisoner.”

“Right. And they say ‘tell Lord Vader we have a prisoner–‘”

Rose stopped bouncing. “And she says, ‘Darth Vader, you have a Finnish accent! How could you be so old? I’m a mummer on a diplomatic mission to Alderaan.’ And Darth Vader points at her and says “You’re a member of the rebellion and a traitor! Take her away!”

“And they took her prisoner. Yes, that’s a very exciting scene. And at the ending of the movie there’s… there’s an award ceremony of sorts, isn’t there?”

Rose was genuinely surprised at my ignorance. “It’s a wedding.”

She stood on the bed, arms akimbo, indignant. “Of course, Mom. It’s a wedding.”

“But,” I pressed, “Leia gives Luke and Hahn medals, doesn’t she? They win gold medals. At the end of the movie.”

“Yes, at the wedding they win gold medals.”

“But why do you think it’s a wedding? Who does she marry?”

I couldn’t argue with that.

November 22, 2016
In The Face of "Hail Trump," Dan Rather Asks Us to Follow Martin Luther King
Next Post 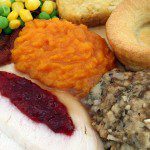 Sayings of Jesus Grew Into Gospel Stories
Sayings of Jesus, originally pithy zingers, grew over time into much larger...
view all Catholic blogs
What Are Your Thoughts?leave a comment
Copyright 2008-2017, Patheos. All rights reserved.