Nukes Are Not Pro-Life 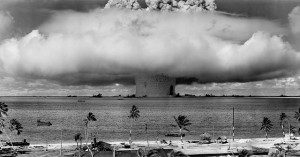 I don’t really want to have to say this.

I like writing prose poems about trees and funny stories about dinosaurs. I do not like writing about news or politics, and especially not about Donald Trump.

But, today it’s all over the news that Donald Trump and Vladimir Putin have both spoken about the need to expand their respective nuclear capabilities-– well, Putin spoke and Trump tweeted. And I have to say a few words of my own about that.

Guys? Remember when all the pro-life folks said they didn’t like Trump, but were voting for him as the lesser of two evils?

Well, you got him.

And he wants to do something evil. Something that is not at all pro-life.

See, the Catechism specifically says that:

2314 “Every act of war directed to the indiscriminate destruction of whole cities or vast areas with their inhabitants is a crime against God and man, which merits firm and unequivocal condemnation.”109 A danger of modern warfare is that it provides the opportunity to those who possess modern scientific weapons especially atomic, biological, or chemical weapons – to commit such crimes.

2315 The accumulation of arms strikes many as a paradoxically suitable way of deterring potential adversaries from war. They see it as the most effective means of ensuring peace among nations. This method of deterrence gives rise to strong moral reservations. the arms race does not ensure peace. Far from eliminating the causes of war, it risks aggravating them. Spending enormous sums to produce ever new types of weapons impedes efforts to aid needy populations;110 it thwarts the development of peoples. Over-armament multiplies reasons for conflict and increases the danger of escalation.

It’s a sin to destroy whole cities, which a nuclear attack would almost certainly necessarily do. A nuke is not a weapon for small areas, and it’s not a weapon for killing enemy combatants; it’s designed to wipe out cities and cause massive environmental damage as well.

Catholics are allowed to participate in wars when it’s absolutely necessary to protect themselves and others. We are required to do this as humanely as possible, with as few deaths as possible, and never deliberately targeting civilians (you know, the people who live in cities). We’re not allowed to engage in warfare that will wipe out cities full of civilians, because that’s not warfare but murder. And it’s always a sin to murder. Even if we think it will prevent deaths in the long run– that’s utilitarianism, and it’s a sin. Even if someone else is nuking us– that’s revenge, and it’s still murder.

A nuclear arms race is a contest to see which country can stockpile the most deeply sinful weapons for mass murder. It does not do anything to bring peace. It fosters more animosity. And, obviously, it greatly increases the chances that some unscrupulous leader is going to use those weapons to commit mass murder.

There is nothing about nuclear war that is pro-life. Nuclear weapons do not save lives. In the right hands, a knife, a gun or a tank can save a life, but a nuclear weapon isn’t going to save a life. Nuclear weapons take lives. They take lives indiscriminately. They take soldiers’ lives, non-combatants’ lives, young and old lives– yes, even the lives of precious unborn children. In fact, the effects of a nuclear war will hurt and kill the unborn children of the war’s survivors for generations.

Pro-life people should be denouncing a new nuclear arms race with all their strength.

Now, I know someone’s going to say, “But Hillary!” Guess what? That stopped being an excuse on November 9th. Hillary Clinton is not going to be president– she probably never will be. Donald Trump is. That was your choice for the lesser evil. And now you have to do everything in your power to combat any evil he promotes, or else you were lying when you said you wanted less evil.

I really shouldn’t have to remind anyone of any of this, but there it is: a nuclear arms race is evil.

It is not pro-life. 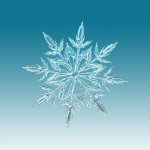 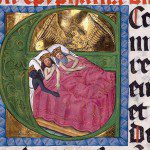 December 23, 2016 Dream of the Magi
Recent Comments
0 | Leave a Comment
Browse Our Archives
get the latest from
Steel Magnificat
Sign up for our newsletter
POPULAR AT PATHEOS Catholic
1