A Thoroughly Provoked Attack On The Remnant

A Thoroughly Provoked Attack On The Remnant January 1, 2017 Mary Pezzulo

And God honestly hadn’t gotten any Rosary petitions to change an election outcome up to this point? I remember praying the Rosary for a presidential candidate at public protests in the late 90s when I was a homeschooler.

Also, God directly intervened with the election and we ended up with Donald Grab-them-by-the-Cat Trump? This was the best an omnipotent Being could do? We are totally screwed. Maybe your Rosary is broken.

The Traditional Latin Mass is not only back, but it’s spreading like holy wildfire all over the world. Thank you, God!

Color me unimpressed. The Extraordinary Form of the Mass dates back to the sixteenth century. The Divine Liturgy of Saint John Chrysostom is more than a thousand years older. *Puts on gigantic plastic glasses* You’re way too mainstream.

We have priests, bishops and cardinals taking a long overdue stand against the Modernist takeover of our Church, personified by arguably the most liberal Pope in history. Thank you, God!

Oh golly, now we get to the part where you blow your credibility by bad-mouthing the Successor to Saint Peter. If you want to be a Protestant, be my guest, but stop claiming you care about “tradition.”

We have kept the Faith. We are a movement of young families and many, many children. The future literally belongs to us so long as the atheists and the secularists insist on aborting and contracepting their future.  Thank you, God!

Also not Catholic: thanking God that many precious young children have been aborted by their atheist and secularist parents. He’s literally praising the Lord for dead babies. That’s eugenics, and it’s downright sickening. God have mercy on you, Mr. Matt. This is not keeping the faith.

I’m thrilled to announce, for example, that the little Remnant–founded 50 years ago this coming November–has survived and is now preparing to celebrate its 50th anniversary. Who would have thought!

I thought it when you explained that The Remnant was founded fifty years ago, actually. I can read.

There is just no way in the world that my wife, Carol, and I could continue this work of my father’s without God’s good grace, our dedicated writers, our generous volunteers around the country, our office personnel (most of whom I sired, by the way) and, of course, the most loyal subscribers in the history of newspapers.

I don’t know why I’m grossed out by the claim that you “sired” most of your employees. Maybe because it comes about two paragraphs after you cheered for the death of thousands of innocent children?

I think, perhaps, poor benighted Pope Francis had a hand in all this. He’s evidently frightened a fair number of Catholics back into the bunker of holy Tradition, and for that, at least, we can be grateful to His Holiness and pray for him.

Please get into the bunker. Here, I’ll help you in. You and all the employees you ‘sired,” get in there. Now I’ll lock the door and back away. The One Holy Catholic and Apostolic Church is much nicer. But I’ll join you in praying for our beloved Holy Father.

I know–we can hardly keep up with the increased workload here at The Remnant.

Cry me a river.

Some years ago, I made a promise to our print subscribers never to let the newspaper suffer in order to take the easy (and much more lucrative) way out that is the Internet and the website. I’m happy to say that with your help, I’ve made good on that promise. So thank you, and please consider giving gift subscriptions to friends and family during 2017 to help keep everything going.

Ooh, I get it now! This is a fundraising letter. A poorly edited fundraising letter in which you’ve insulted public high school students and the Pope, rejoiced in the death of innocents and boasted that you can’t staff your office without conscripting blood relations. Maybe you should try selling cookies door to door.

I think it should be fairly obvious that your donation dollars are being poured directly back into this apostolate, as we pick up new writers, expand The Remnant’s website (some of our online Remnant articles exceeded 100,000 views this past year) and continue to slowly build Remnant TV (which has over two million views, by the way, and is getting the message out far and beyond our physical newspaper’s subscriber base.)

You could have lost me at any number of points, but you really lost me when you referred to your family business as an “Apostolate.” Apostolates minister to people. Propaganda rags spread propaganda. And no, before you ask, Steel Magnificat is not my apostolate, it’s just my blog. I’m arrogant as all get out, but I’m not arrogant in that particular way.

And God deliver me from Remnant TV. A world that already has EWTN does NOT need a more “conservative” alternative.

So, if you would, please consider donating to The Remnant. 2017 is going to be turbulent on so many levels, not the least of which will be the ongoing revolution inside the Vatican. We pledge to do our part to project and amplify the voice of Tradition far and wide, never to back down—but we need your help:

Wait, go back to the part about revolution at the Vatican. Your newspaper is asking for donations so it can stage a coup in a foreign nation? Either you’re out of your mind or you’re crazy!

Thank you for your prayers, letters of encouragement and constructive criticism. God bless you always, dear Remnant Family, and may the little Child Jesus grant you abundant happiness and a blessedly uneventful New Year.

You’re welcome for the criticism. I offer it free of charge, but you can always slip me a donation. I might even stage a revolution in Genovia if I get enough.

Matt finishes this shocking manifesto with a poorly lit snapshot of his family gathered in front of the Christmas tree– himself in an awesome gothic cravat and smoking jacket, half his daughters in modest Homeschooling Gunnysacks, half his daughters dressed normally, one son in a three-piece suit and the other dressed as a sideways Charlie Brown. It has to be seen to be believed.

And I find that I have not, after all, been wrong in my impression of The Remnant. 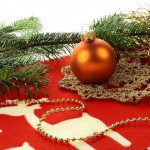 January 1, 2017
When Does A Good Catholic Take Down the Christmas Tree?
Next Post 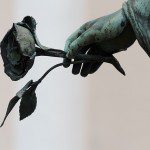 January 2, 2017 When A Famous Person Dies
Recent Comments
0 | Leave a Comment
""Sometimes, that's all there is."Since you were at the Friendship Room earlier in the day, ..."
alwayspuzzled On The First Day of Autumn
"I am so sad and mad about this. We have to do better."
Katherine Nielsen A Word On Our Treatment Of ..."
"It's not impossible to get a good lawyer and a restraining order in any state, ..."
Mary Two Bad Takes on the Texas ..."
"He was in the same headspace as me. They had both of us convinced that ..."
Mary A Conversation About Victim Blaming
Browse Our Archives
get the latest updates from
Steel Magnificat
and the Patheos
Catholic
Channel
POPULAR AT PATHEOS Catholic
1