Trump’s “Muslim Ban” is Not Just A Refugee Ban, And It’s Not For Safety

Trump’s “Muslim Ban” is Not Just A Refugee Ban, And It’s Not For Safety January 28, 2017 Mary Pezzulo 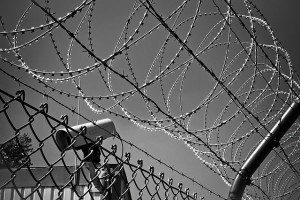 Yesterday, on Holocaust Remembrance Day, the same day Vice-President Pence told the March for Life demonstrators that “life is winning in America,” President Donald Trump issued an executive order banning the entry of refugees to the United States for four months, banning refugees from Syria indefinitely, and barring all people from Iraq, Syria, Iran, Libya, Somalia, Sudan and Yemen for ninety days.

The president did not ban people from the Democratic Republic of the Congo, the Central African Republic, South Sudan, Colombia or Venezuela– even though, as journalist Juan Cole has pointed out, these countries are some of the lowest ranked in the Global Peace index. He only chose Muslim-majority countries.

Starting last night, the ban was enforced. Refugees are being detained at airports right now, trapped in limbo with no way to get to safety. And they’re not the only people that the executive order bars from entering the country.

The ban applies to green card holders and those with dual citizenship as well.

These are not so-called “illegals.” These are legal permanent residents of the United States. People who have already been vetted. People who live and work among us. Our neighbors. Right now, unlucky green card holders who left the country on vacation or to visit friends are barred from coming home, for at least three months. They can’t get back to their houses, families and jobs. They are stranded.

And the executive order goes even further than that– it allows Homeland Security to recommend additional countries to be added to the list. It could be expanded to ban re-entry for green-card holders from anywhere in the world. Don’t know anyone from the seven banned countries? Well, terrorist attacks don’t just happen in the Middle East. They happen in Europe as well. Maybe the next people banned will be your friendly neighbors from France or England. Maybe it’ll be your pastor from Ukraine.

This executive order is more of the scapegoating I spoke about earlier this week. Like the wall and the list of crimes committed by “aliens,” it does not protect us from actual threats. If it did that, it would either both far more comprehensive and also more specific– applying to every dangerous country and taking people entering the U. S. on a case-by-case basis instead of a total freeze. It’s not about secure borders, because green card holders respected our borders in the first place and are here legally. This order’s primary purpose is to turn our Muslim neighbors into “aliens.” It takes advantage of the fear that was already present, it makes us more afraid of them, and then pretends to protect us from that threat by making “aliens” suffer.

American citizens are no safer as a result of this executive order. In fact, we’re in more danger, because it destroys our relations with other countries and plays into the extremist narrative that the United States is the enemy of Islam. Naturalized American citizens who came here from other countries can expect to find themselves in danger as foreigners and “aliens” are scapegoated more and more. Green card holders from anywhere in the world can now be uncertain that they’ll ever be able to leave the country with certainty of being allowed back. Green card holders from the banned countries won’t be able to visit their families– they are effectively held prisoner, denied freedom to travel as they wish, until the ban is lifted or something worse is done to them. Green card holders trapped outside of the United States can’t go home. Refugees are going to be murdered.

None of us is better off.

And we Christians have had our religious freedom violated as well, as my friend Rebecca of Suspened In Her Jar pointed out today. We are commanded to welcome refugees and to treat the foreign person living in our land the same as we treat a native-born.   We can’t obey that command now. And if that doesn’t bother you, don’t come crying to me about your taxes going to contraceptives or being forced to bake a wedding cake. This executive order is agaist Christianity, it’s not pro-life, it’s not moral, and it’s going to get people killed. We have to combat this unjust and cowardly law with all of our strength until our brothers and sisters are safe.

For their sake, and for the sake of our souls. 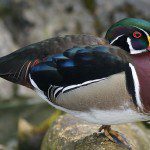 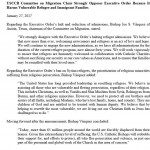 January 28, 2017 USCCB Speaks Out Against Refugee Ban
Recent Comments
0 | Leave a Comment
Browse Our Archives
get the latest from
Steel Magnificat
Sign up for our newsletter
POPULAR AT PATHEOS Catholic
1