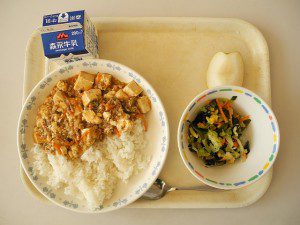 Let’s take a look at Donald Trump’s proposed budget for 2018.  This budget is entitled “America First: A Budget Blueprint to Make America Great Again,” so perhaps you’ve already guessed what to expect.

First of all, according to the article embedded, the president has proposed the elimination of all three billion dollars going to the Community Development Program, which funds housing grants and Meals on Wheels. Meals on Wheels is a nationwide, community-based effort that provides a daily nutritious meal, as well as a safety check and a friendly visit, to elderly shut-ins. For many of these shut-ins, it’s their only meal and human contact. I’ve embedded a link to their website, if you’d like to make a donation to them yourself. They’re going to need it.

Don’t fret, though; not every government program will have a budget cut. Not at all. The Pentagon is getting a ten per cent increase in funding, to the tune of fifty-four billion dollars, and the president has set aside a couple billion for the Mexican border wall. You may recall that wall. Trump said over and over again that Mexico was going to pay for it. And now we know for certain that by “Mexico,” the president meant to say “Elderly shut-ins,” because he’s allotted about four billion for the wall and taken three billion from the Community Development Program. Someone ought to give him a map.

Let me remind you all yet again that this is the man who was presented to us as “pro-life.”

He proposes that we starve or freeze poor Americans to death, in order to pay for a wall to deter migrants trying to save their own lives, and boost funding for the military so that they may kill people more effectively.

Before you ask, as far as I can tell (and I could be wrong), “abortion” is not mentioned in the budget, so you don’t get to tell me that at least it spares unborn babies.

The mainstream pro-life movement– not the people who champion all life from conception til natural death the way the Church teaches, but the ones who refuse to notice any issue but abortion– promised me that this guy would save the country. They told me, in strict opposition to what the Church actually teaches, that I would be sinning if I didn’t vote for him, because he was pro-life. I’m in awe of what their hands have wrought. At least Esau got a bowl of lentils in exchange for his birthright. They gave away my country to a sleazy real estate developer, and now thousands of elderly shut-ins will get no lentils at all.

Trump’s budget proposal contains the statement  ““A budget that puts America first must make the safety of our people its number one priority — because without safety, there can be no prosperity.” But without food and shelter from the cold, Mr. President, no one is going to be safe. Without someone protecting the water we drink and the air we breathe, we can’t be safe. If you do succeed in locking down the country tight as a barrel, you’ll have done it at the cost of suffocating those you claimed to want to protect. I realize you’re very wealthy and might not have realized that meals don’t materialize on your table out of nowhere. The fact is, in this day and age, they cost money. Unless you come up with an appropriate substitute, which you haven’t, then the people who depend on that government money are going to die.

I’d like to remind my readers that this disastrous budget will not be enacted unless it is approved by Congress. Please, everyone contact your representative to state your concerns. And while you’re contacting them, perhaps you’d better remind them that something else is going to happen in 2018: interim elections. 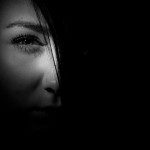 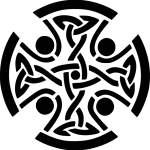 March 17, 2017 Irish By Blood
Recent Comments
0 | Leave a Comment
Browse Our Archives
get the latest from
Steel Magnificat
Sign up for our newsletter
POPULAR AT PATHEOS Catholic
1