Empathy and the Tyranny of Advice

Empathy and the Tyranny of Advice April 27, 2017 Mary Pezzulo 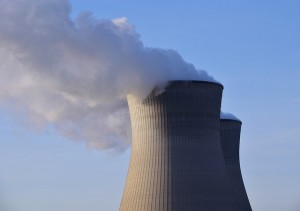 Yesterday, I talked a little about the struggle with poverty, and how complicated and frightening it can be. Within five minutes of doing so, I got a comment on the Facebook page, explaining that I should buy dollar store shampoo instead of Ivory soap, buy in bulk “instead of in packages” and “yes foraging but learning to do it right.”

Apparently, I had struggled because I didn’t know how to be poor in the “right” way.

I tried to be calm. I mentioned in my iciest, most discouraging tone that it’s difficult to buy bulk with EBT and it’s actually not safe to forage in Steubenville very much because of all the lead. This person eagerly explained that she forages all the time in spite of lead and radioactivity as well, living near an “old nuke”  as she does; there’s lead in grocery store produce anyway, and she buys in bulk with EBT all the time.

It took me a moment to realize that she meant she lived near a nuclear power plant, not next door to an un-exploded bomb like in Bedknobs and Broomsticks.

I went to take a shower, and when I got back the Facebook combox had gotten out of hand. Apparently, according to her, I was only afraid because I hadn’t learned to make informed choices and because I lived “thoughtlessly and easily.”  I was making things unnecessarily complicated. Poverty, if done properly, is actually “freeing and grace-filled.”

I ignored the comment box some more. I took the bus to  the library and Wal Mart with my daughter. I picked up a bag of rice, because it was so inexpensive, to have for dinner now and then, even though my autoimmune condition makes eating grain tricky.

When I got home, things had continued to devolve. The helpful person had moved on to farmers’ markets, urban homesteading and eco gardening (which I do, for the record). She said you should never buy food in packages but from the bulk barrels.

With less than optimal patience, I informed her that there were no grocery stores that sold foods in bulk barrels in this corner of Northern Appalachia. But she wasn’t done.

She said “if you really think it can’t be done, then for you, it can’t.” And she told me about a store called Wal Mart, and how Wal Mart carries sacks of rice which I might not know are inexpensive. Lentils, she explained, are also cheap, cheaper than meat. She said this as if it wasn’t common knowledge.

I happen to be on a special diet for my autoimmune condition that involves lots of meat. And then nearest grocery store I know of with bulk bins is the Giant Eagle in Robinson, about forty miles away. But somehow I didn’t feel like telling her this. I didn’t even mention where I’d just been and what I’d just bought. I commended the comment section to the mercy of God, and went to complain to my friends. 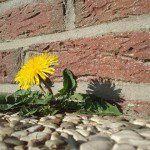 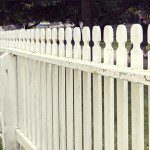