Darkly, But I See 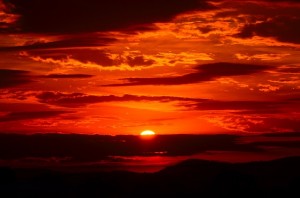 We got our seedlings into the ground two days ago, just before sunset and just before the rains came.

The soil is so much softer than when we moved in– this is, after all, the third year of turning it over, mixing it with compost, raking it smooth. Michael dug the patch out easily, while Rosie walked back and forth in the tall grass of the backyard, making paths. Then she helped me get the seedlings in just before dark.

We’re not planting a very big garden this year– mostly zucchini and tomatoes. Things we can live on all summer but won’t mind leaving behind when it’s time to go.

This is, very likely, our last year in Steubenville.

Michael’s mother is moving to West Virginia, and she wants us to move out there to  be with her. We’ll still be dirt poor, but we’ll be dirt poor away from here. If things go as planned we’ll be closer to our church and a park where Rose can play– there’s no park an easy walking distance from this rental house, and not one on the bus route either. The playground is a rare treat, here. It will be easier when we’re in West Virginia.

If everything goes as Michael’s mother plans, we might even have a car.

That’s  luxury I haven’t dared to hope for in a long time.

Rosie planted almost all the tomato seedlings herself this year, under my supervision. She still thinks that the proper way to dig holes is the way she’s seen on cartoons– throwing the dirt backward over her shoulder instead of moving it out of the way. Every time I show her how to do it properly, she keeps doing it the way it looks on television– a flipping of the spade, a pointless shower of dirt cascading down her back. She has a mental image of what digging looks like; a way that’s much more difficult than the way it’s actually meant to be done, but she saw other people doing it, so she assumes it’s the correct way.

I am similar. I used to think life would look a certain way– finish your masters’ degree in two years, get into a fancy PhD program, go somewhere urban and interesting and teach. Get married, have a child every two years at the most, buy a mini van,  have coffee on Wednesdays with the local moms. Make the right decisions, trust in the Lord and the Lord will give you blessings you can easily understand as blessings. He will reward you by making you middle-class, ordinary and quietly content. I thought that was the way it would go.

Turns out it doesn’t work that way.

When my mother brought me to Steubenville, almost eleven years ago now, she dropped me on the steps of the now-defunct Trinity East dorm with her usual litany of accusations. “I just hope this place can do something for you, because we give up.” 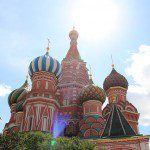 May 18, 2017
How To Tell The Difference Between Saint Basil's And The Kremlin
Next Post

May 21, 2017 "We Don't Pray for Catholics!"
Recent Comments
0 | Leave a Comment
Browse Our Archives
get the latest from
Steel Magnificat
Sign up for our newsletter
POPULAR AT PATHEOS Catholic
1