Free Among the Dead 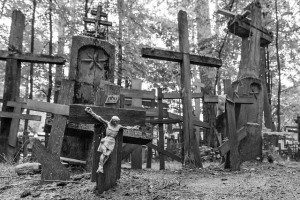 Free among the dead, like the slain that lie in the grave, whom thou rememberest no more: and they are cut off from thy hand.– Ps. 88:5

I had to go grocery shopping on a Saturday. That meant depending on the single Saturday bus which runs on an inconvenient schedule; it meant the fastest way to the store was to walk there, the short way, through the old cemetery that borders the end of the LaBelle neighborhood, and catch the bus back.

It was cloudy, humid; the weather was poised on that odd knife edge I’ve felt so often in the Ohio Valley. Any moment the clouds would thin a little and leave us with a hazy, suffocating humid afternoon– or else they’d burst, drench the soil, and leave us with petrichor and a cool evening. That, to me, is the smell of Divine Mercy– the smell of rain and cool air.

LaBelle, like the rest of Steubenville, used to have a population twice its current size. Everywhere, there are derelicts. You’ll see a perfectly respectable Sears and Roebuck pre-cut house from the 1920s, with flowers in the planters and wind chimes on the porch; next to it will be a poorer house, with weeds in the yard; next to that, a wreck, an abandoned house, with the windows boarded up or smashed and the overwhelming smell of stray cats wafting from the porch. And, every once in awhile, there’ll be a gap– a rubble-filled hole or a newly grassy lot where the City finally got around to demolishing one of the abandoned houses. When a city implodes, it does so property by property, leaving pock-marks in the ground to be colonized by burrs and Queen Anne’s lace.

I once read that, when they finally found the bodies of the Romanovs, the coroner who identified them did so primarily by their teeth. Tsarina Alexandra had extensive dental work, and the gold and ivory dentures still twinkled in the blackened skull after seventy years sunk in a Russian peat bog. That’s what the streets of LaBelle look like to me– the jaws of a dead queen, her natural teeth blackened or gone, sparkling with clean gold and ivory just often enough to be uncanny.

The locals would rather have the derelicts than have more poor people rent houses; they’re concerned with the value of the neighborhood. I suppose they think they can force prosperity that way,  but it will end with the Tsarina having no teeth at all.

I wonder what happened to all the people who used to live in those derelict houses. Some of them moved on to other towns, I suppose, but what of the ones who were too poor to move? Did they all end up downtown in the state-run nursing home, with no comfort but a roof over their heads and a basket of prison-issue toiletries for the showers? Did they die here, in the houses?

Did they die alone?

The cemetery, by contrast, is less morbid. 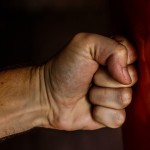 May 29, 2017
The Violent Bear It Away: A Response To Dave Daubenmire's Violent Idolatry
Next Post 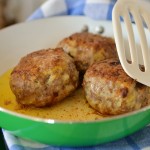