Thoughts Ahead of Today’s “Pro-Life” Legislation

But in practice, when they are in power, those of us who are poor, chronically ill and disabled have less to be afraid of. They don’t represent me or my beliefs, but they don’t seem to relish my suffering the way Republicans do.  And Republicans don’t represent my beliefs either. My church teaches that the environment should be protected, that human beings matter more than economics, that war is wrong except under the strictest of circumstances. My church teaches respect for life, not from conception until birth unless you have a preexisting condition, but from conception until natural death, and it demands respect for the environment as well, for all life according to its kind. Republicans don’t support this. They call people who do “communist.” Every time I bring it up, the same commentator remarks “communist bullshit” and then leaves as if he’s made his point, and then I get accused of being pro-abortion again.

All around me, I see that the “pro-life” movement has prostituted itself to the Republican party. There are exceptions to this, but for the most part, they don’t want to work to keep human beings alive; they want to fight to score hollow ideological victories by electing Republican candidates and then calling whatever Republicans do “pro-life.” They’re fully content to sacrifice poor people like me to imaginary idols like “the free market” and “capitalism,” because the Republican party worships those idols and so the pro-life movement decides that they are “pro-life.”

I am fully willing to suffer and die so that unborn children might live. I just cannot see how letting me, my husband, my daughter and any future children I happen to conceive die will benefit unborn children. But when I say this, I get called a communist and closet “pro-abort;” people call me a hypocrite and ask how many abortions I’ve had.

I have met so people– good pious Catholics with “pray the Rosary” bumper stickers and Facebook profile pictures of the Divine Mercy Image– who want war because they think it’s masculine and tough, who want poor people to suffer because they think it will “discourage dependence,” who want to accuse anyone who disagrees with them of being guilty of mortal sin– and all of these people call themselves “pro-life.” They tell me it’s a mortal sin to vote Democrat, even though the actual church teaching is that it’s not.  They tell me to my face to “get a job” and that I’m the only one responsible for being poor; they tell me if I don’t like my poverty I should somehow work harder. They inform me that I shouldn’t take advantage of government programs but only private charity, person to person, but only a handful of them have ever actually given me financial help. I’m grateful to the ones who have, very grateful, but I don’t know what to say to the others.

I know that, if today’s measure passes or has already passed, “pro-lifers” are going to announce a victory.

And Rose, Michael and I will suffer, and this will be “pro-life.”

God hears the cry of the poor, but it seems like His church, here in America, does not.

Maybe they could have even helped me.

But now they don’t want to.

And everyone who isn’t sure if abortion is wrong or not, sees how callous “pro-lifers” are, and believes everyone who is against abortion is a hypocrite. And they see the Church Christ founded doesn’t look like Him, and assume it’s all a fake.

And if I try to tell them the pro-life movement doesn’t represent the Church, they won’t believe me. 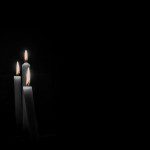 May 3, 2017
Essential Oils Will Not Save You From The Three Days of Darkness
Next Post

May 8, 2017 An Eastern Orthodox Reviews "The Benedict Option"
Recent Comments
0 | Leave a Comment
"unfortunately, that's exactly what happened to me. :-("
Elizabeth Elizabeth | Mary Pezzulo
"I don't know if you will read this as I am reading and responding quite ..."
Elizabeth Elizabeth Yes, Antisemitism is Real, Wrong, and ..."
"I am so sorry he did that to you. He sounds like a monster. I ..."
Mary Celibacy and Priesthood: Contra Dwight Longnecker
"In an odd way, the fact that the Church has these problems shows how much ..."
5Keys Why the Legionaries of Christ Cannot ..."
Browse Our Archives
Follow Us!