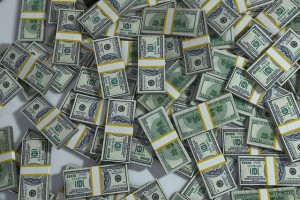 Of any charity in the world you could get caught skimming donations from, Saint Jude’s Children’s Research Hospital has got to be the worst, from a PR standpoint. I can’t think of a charity with a better reputation, or a cause that tugs at the heartstrings more than little kids with cancer. It’s nauseating in its dastardliness. He might as well be tying beautiful young women to railroad tracks while twirling a handlebar mustache. He’s achieved Peak Trust-Fund Baby Selfishness. You couldn’t write a character like this into a novel; you’d get called an uncreative hack who writes stereotypes. Yet here he is in the flesh. A less-appealing Snidley Whiplash.

My friends and I were speculating about how the Trump loyalists would spin this. You know who I mean. Not the people who are staunch conservatives but can’t stand the Trumps– I disagree with them politically, but respect them and can find common ground. Not the people who voted for Trump because they thought he was the least bad choice and are now as shocked as anyone. I’m talking about the people who seem to genuinely admire the Trumps. The people who think they’re classy, that Melania reminds them of the Virgin Mary and that Don and Eric are masculine and tough.

I suggested that they’d probably say “Do not judge!” and act as if not judging meant we weren’t to condemn a horrible act. The Catholic faction would talk about Constantine and the Evangelical would call him a “baby Christian.”

Or, of course, they might say “Rich people are job creators who do more for cancer research than your silly little donations, anyway.”

Or, there’s the ever popular “How can you worry about children dying of cancer when children are dying of ABORTION???” You can’t tell me they won’t bring that up, even though Eric isn’t an elected official and will do diddley squat for the pro-life movement. Criticizing any Trump is considered blasphemy against President Trump, to these people.

Earlier today, I noted, after getting on television to claim that his father’s opponents are “not even people,” Eric came to his own defense. He tweeted, “”I have raised $16.3 million dollars for terminally ill children at @StJude with less than a 12.3% expense ratio. What have you done today?!”

So, that’ the excuse he’s going for. And, mark my words, that’s the excuse that Trumpies are going to parrot: He’s raised a lot of charity money for sick children, therefore he’s allowed to take some of that money in violation of federal tax codes, state laws and human decency.

It’s okay to rob the poor box if you’re a philanthropist.

You’d be surprised how often I’ve heard arguments like this: that people who are generous have the right to do things that are wrong. Leaving aside for a moment that a wealthy trust fund kid who throws a golfing party isn’t actually going to any trouble and therefore is not being generous, no matter how many millions get donated. Generosity involves self-sacrifice. But in any case, I’ve even heard this line from Christians, despite the fact that there’s a grisly story in the Book of Acts which demonstrates that God is of the opposite opinion. Taking charitable donations to profit yourself and lying about it is a very serious sin. Ananias and Sapphira found that out the hard way. It doesn’t matter if some money goes to the charity anyway. It’s still stealing and lying.

Just in case you didn’t know: it is not okay to pocket hundreds of thousands of dollars people gave you with the understanding that it would go to help cancer-stricken children. It’s stealing. It’s stealing even if you did give 16.3 million dollars to those same children at a 12.3% expense ratio. You still stole hundreds of thousands of dollars, you’re still dishonest, it’s still a despicable act.

And a person who would do that, is a despicable person. 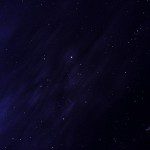 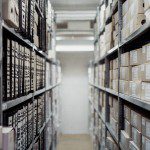 June 8, 2017 Should Amazon Give Discounts to EBT Recipients?
Recent Comments
0 | Leave a Comment
Browse Our Archives
get the latest from
Steel Magnificat
Sign up for our newsletter
POPULAR AT PATHEOS Catholic
1