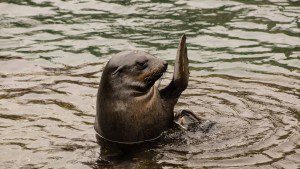 Our old friend Deacon Jim is at it again.

Jim Russell, a persistent man whom I’ve been assured has “a deep love for same-sex-attracted people,” has penned a short comedic article for Crisis magazine; the whole thing is available online, and won’t take you very long to read. In it, the waggish Deacon Jim identifies himself as a “QTBGL Catholic,” that is, a Catholic who is “Quietly Totally Believing God’s Law.” He professes to be, in other words, a Catholic who firmly believes all that the Church teaches rather than one who picks and chooses his doctrine, and good for him. I’ll take his word for it. I am also a Catholic who strives to be faithful to the whole of God’s law, though I am the worst of sinners and may the Divine Mercy supply for all my weakness– also, I am never quiet. And I am generally of the opinion that there is no such thing as a QTBGL Catholic– only a Catholic who imagines that his faith is perfect and without flaw, and is invariably wrong. All have fallen short.

Deacon Jim goes on to joke about secular folks and certain other Catholics, the ones her feels are persecuting QTBGL Catholics, whom he claims are suffering from “orthophobia.” He defines orthophobia as “irrational hate for, and fear of, right-thinking Christians,” and he goes on to declaim:

The level of orthophobia is getting worse, in fact. Within the Church, we are called “haters” and “bigots” simply for accepting and affirming what the Church actually teaches us about liturgy, justice, virtue, and, of course, the human person and sexuality (natural law). Outside the Church, orthophobes everywhere are trying to curtail our religious liberty, take away our conscience rights, and subject us to ridicule and hate simply because of who we really are.

Deacon Jim decries the fact that most churches and even Christ Himself seem more preoccupied with ministering to lost sheep, bruised reeds and smoldering wicks– that is, the “orthophobes”– than lavishing care on QTBGL Catholics. I don’t know why QTBGL Catholics need care, considering that they profess themselves to have the miracle of perfect unwavering faith already, but again I’ll take the good deacon’s word. I wouldn’t want to be thought of as orthophobic.

There’s just one tiny little problem with this waggish piece: Deacon Jim didn’t come up with the word “orthophobia.” I think he thinks he made it up for his little joke. The whole piece rests on his having made up a witty new word. But that word already exists, and has for some time. And it doesn’t mean what he thinks it means.

There are two definitions of “orthophobia.” Neither of them is “irrational hate for, and fear of, right-thinking Christians.” The definitions  of orthophobia are “the fear of owning property” and “the fear of not acting with propriety or good manners.” The concept of a full-blown social phobia to do with not minding one’s manners intrigues me. I’m not a clinician and have no background in social phobias, myself, but I feel like orthophobia might manifest itself as an irrational  fear of people who don’t mind their manners in public. The kind of fear that might lead one to be alarmed by a person who invades a comment box all day long asking the same irritating question and, when banned, sics all his friends on you to do the same. So it’s a good bet that orthophobes do fear Deacon Jim, just not in the way he thinks.

If Deacon Jim wanted to make up a funny term for fear of right-thinking Christians, he might have studied Greek a bit and used “Ortho (right)- doxo (belief)- phobia (fear),” but since he’s Latin Catholic I can understand why that would be confusing. Still, it’s best to come up with your own, original term, when you’re trying to make up a comedy post like this. Otherwise you don’t sound clever; you sound as clueless as that character in a Lois Lowry novel who thought “lobotomy” was the proper name for getting your ears pierced.

How, exactly, this got through the editors at Crisis is beyond me. I know an editor looked at the piece, because there’s an editor’s note attributing the clip art at the very bottom. Perhaps he or she should have read the text.

I probably shouldn’t have said anything about the article. But my personal case of orthophobia, by which I do mean the fear of not having good manners, compelled me to speak out and correct the mistake. I strive to be a faithful Catholic, but I am not quiet. 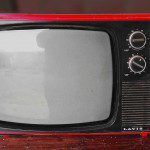 July 23, 2017 The Derelict
Recent Comments
0 | Leave a Comment
"This is why I read you - so beautiful and true."
Caroline Even on the Banks of the ..."
"AnonCollie, Please consider coming back to mass and confession and finding peace! So sorry for ..."
posterm9 Yet Another Take on The Pillar ..."
"I feel overwhelmed with sadness and pride when I think of how gymnasts like Dominique ..."
Erica Something About Simone Biles
"You have no idea what this is like, to be told growing up that anyone ..."
AnonCollie Yet Another Take on The Pillar ..."
Browse Our Archives
get the latest from
Steel Magnificat
Sign up for our newsletter
POPULAR AT PATHEOS Catholic
1