The Fault of My Sleeves: In Which I Admit the Truth About Modest Clothing 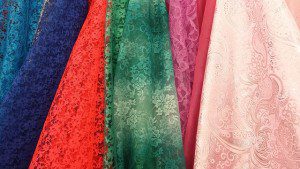 I wanted to go to the adoration chapel.

I’d been running errands downtown. I had to go to the bank and to print some things off at the library. There was a huge sale on Gatorade and I was excited to bring a few bottles to The Friendship Room— the guests struggle to keep hydrated on ninety-degree days like this one. But that meant running to catch the other bus, at the stop three blocks away, so I’d get dropped off right out front of the building. And it was ninety degrees out.

I had on a peasant skirt because I find them more comfortable than shorts, and a black wide-strapped tank top because it was ninety degrees out and I was going to be carrying large jugs of liquid three blocks to the bus stop. The only way I could carry out my usual daily duty as a human being, not to mention perform a small work of mercy according to my station in life, was to wear the tank top. I have no regrets, though it didn’t flatter me in color nor in design.  I ran around downtown in my peasant skirt and tank top, dropping off bottles and running my other errands. No one bothered or catcalled me, even though that’s rather traditional to do to a woman walking alone in Steubenville whether she’s attractive or not. They left me completely alone.

I really wanted to go to the Adoration chapel after I finished my errands, but I remembered that the downtown chapel is in the stuffy traditionalist church, which has a sign requiring modesty and forbidding exposed shoulders. I didn’t know how thick-strapped a shirt had to be to count as no longer exposing the shoulder. I supposed that any sleeveless tops would fall under the ban. I also seriously doubted that any man would be led astray by my sun-burnt gelatinous bingo wings unless he had an extremely tasteless fetish, but whatever. To whomever made that sign, bare flesh on the shoulders and upper arms of women for any reason is immodest. It’s their church, they make the rules. I snark at such rules, but I’ll obey them if it means so much to them.

I usually bring a shrug or a shawl with me downtown, to throw on when I go to the adoration chapel, but I’d left that at home because I was already carrying two bags of heavy bottles in the heat. The only thing I could think of to do was to go to the thrift store and spend a dollar on a brand new shirt.

I was in luck. There was a fancy new blue peasant skirt and a colorful, 3/4-length-sleeved peasant top in just my size on the rack. I love colorful boho clothes. And I’ve yet to find a trad church that thought 3/4-length sleeves were immodest. Even the most conservative seem to hold 3/4 length as the gold standard for chaste clothing in the summertime. Best of all, the thrift store was having a sale, so I got both garments for just a dollar.

I walked from the thrift store to the church; I ducked into the bathroom, washed my sweaty face and arms with paper towels, and put on the scrupulously modest new outfit. I tied the drawstrings of the peasant top extra tight so no saggy aging boob would show in any way. I went into the chapel and spent a lovely time with our Lord. I went to wait for my bus.

“What time the bus gonna be here, Baby Doll?” asked a man waiting next to me.

He didn’t leave me alone. “Can I just say– I gonna just say this– you are sexy!” 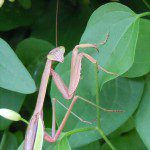 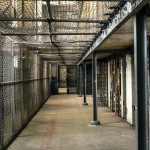 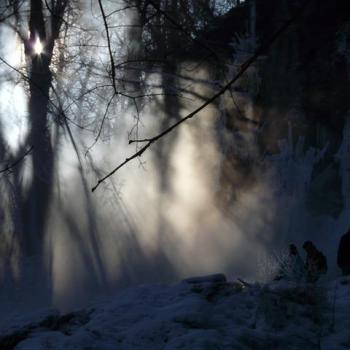