Something to Say on the ACA

Facebook warns me that the readers who like my page “haven’t heard from me in awhile,” even though it’s only been two days. I must say it’s nice to be missed, if only by an algorithm.

Honestly, I don’t even know what I can say lately, least of all today.  I’ve written on the same topic so many times I’m turning into a broken record. What can I say about it this time?

The senate has just voted to continue their sadistic, narcissistic debate on healthcare reform, on trying to repeal the ACA, gut it, change it, do anything except leave well enough alone or attempt to figure out a plan that will actually benefit the poor, sick and disabled people who ought to be their priority. Senator McCain, whom I honestly respected up until today, flew in against his doctor’s advice, in the middle of his government-subsidized cancer treatment, and voted to continue trying to deprive other patients of care.

I don’t know how many different ways I can say that killing people, through neglect or in any other way, is wrong. If you want to propose different ways of helping people than the ones we’ve got, great. Our current system is broken in a thousand ways. The Affordable Care Act is stupid in a thousand ways. We could do much better, and many countries do. I’m for any reform that’s actually an improvement. But if your plan involves knowingly endangering lives as a means to an end, then it’s not pro-life, it’s not Christian, and it’s a sin.

And before anyone says anything, opposition to Planned Parenthood or abortion in general doesn’t make a wrong a right, either. You can’t slap opposition to a bad thing on top of a multitude of cruelties and expect a pat on the head for it. The bad things remain bad. That is how morality works. You don’t wipe out sins by distraction. Sins are wiped out through repentance.

Cruelty and brutality are immoral. I shouldn’t have to say that; it should be self-evident. But we live in a culture that seems to have truly forgotten that it’s wrong to rejoice in another’s suffering, and it’s wrong to not care whether others suffer. They are both wrong, and that’s not something which changes with the times. There are no spheres of life which are an exception, and there are no people to whom cruelty and brutality are allowed. You can’t be a compassionate person in your personal life but a cruel or brutal person in politics and think you have no sin. You can’t care deeply about unborn babies but grin sadistically when a low-income working mom is put in danger and claim you’re pro-life.  You can’t call yourself pro-family for American citizens but be happy when a father is deported and will never see his children again. If what you’re doing is cruel, if it’s meant to hurt people; or if it’s brutal, if you don’t care that it hurts people; then what you are doing is wrong. It’s not “being fiscally responsible,” it’s not “being a grown-up,” it’s not “toughness,” it’s not “rule of law,” it’s sin.

Whatever the government is going to do about healthcare, or about EBT, or housing assistance, immigration, war or anything else involving helpless human beings– those are not amoral things. Those are issues in which it is deeply immoral to act with cruelty or brutality. Neither political party is innocent of this immorality, not by a long shot. There’s one which seems to be working as hard as it can to make matters worse for as many poor and disabled people as possible, right at this moment. Don’t let them get away with it.

There, I had something to say after all. 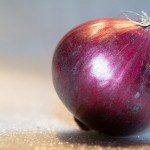