The White Supremacist Tiki Brigade: On the Stupidity of Evil

The White Supremacist Tiki Brigade: On the Stupidity of Evil August 12, 2017 Mary Pezzulo 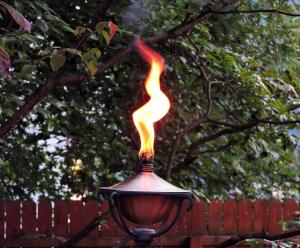 There is nothing funny about the white supremacists demonstrating in Virginia. Nothing whatsoever.

Except that I couldn’t help but crack a small smile when I saw the photos of last night: angry young men with neat, well-groomed and moussed haircuts, mostly in button-downs or polo shirts. These are not down-and-out country folk whipped into a frenzied mob; they’re not hardscrabble sons of the soil with no healthy outlet for their rage. Whatever narrative we’ve been told about why young white men are so angry, it didn’t seem to apply to them. The photos I saw were clearly of middle or upper-class twits accustomed to creature comforts, regular haircuts and new clothes. And what were they carrying? The news kept saying “torches,” but they’re not torches the way a mob of white supremacists would be expected to carry torches. They’re not homemade torches made of wood or bundles of twigs dipped in pitch.

The “torches” these chowderheads were carrying, in every news photo I’ve seen, were actually wicker Citronella picnic “torches” from the garden store. Bamboo structures built in China or Taiwan, made to look vaguely Polynesian, burning the oil of a plant from Africa and Asia, and meant to be used to decorate picnics and pool parties, re-purposed so that white ninnies could intimidate every other race.

I don’t wish to downplay the danger of white supremacists. They are a scourge against our country and there is nothing funny about the fact that they still exist. We should all be sickened when events like last night’s demonstration in Virginia occur.

But, in my view, we must also be perfectly honest about what they are.

White supremacists are not tragic disenfranchised men who don’t know a healthy way to express their anger. White supremacists are simply evil. Evil is not romantic, masculine or exciting. Evil is a stupid thing. Beneath all the devil’s elaborate pomps and works, is something far more pathetic than a schoolyard bully– something like a petulant child with all the childlike innocence, wonder and potential drained away. Evil is a  spoiled brat. Evil is a nine-year-old boy flashing his member at little girls, a tiresome school child mocking his teacher by repeating every word she says, a spiteful girl who hoards her candy until it rots rather than letting her friends have any.

Evil is a pampered white man trying to frighten and hurt brown and black people, while holding something taken from their culture, which they built in a sweat shop for less than minimum wage to make that white man comfortable on picnics.

Honestly, that last sentence just might sum up most of the injustices the United States has committed since its founding. If you don’t understand what I’m getting at, there are plenty of non-white people around who have been trying to explain it to you. Listen to them.

What these men are doing– what’s still going on as I type this, or was the last time I checked the news in a tab– is disgusting and no laughing matter. It’s a cause for grave and serious concern.

But, at the same time, you have to laugh at evil– because evil is stupid. 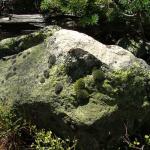 August 13, 2017 An Eyewitness Account of the Charlottesville Attack
Recent Comments
0 | Leave a Comment
Browse Our Archives
get the latest from
Steel Magnificat
Sign up for our newsletter
POPULAR AT PATHEOS Catholic
1