A Ruse of an Article 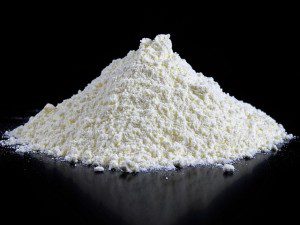 Some people are very touchy about recipes.

After taking a literal forty-eight hours to argue with people about whether it took fifteen minutes to cook a simple homemade meal of pork chops and rice for a mere six dollars on one one of Mark Shea’s infamous Facebook threads, the inimitable Austin Ruse wrote an article for Crisis. He doesn’t mention Yours Truly by name, but he dropped enough references to my article of last week that I realize I’ve stuck in his craw. I am flattered that, despite his constant loud insistence that Patheos is not worth anyone’s time, he took a moment to read my piece.

The article is chock full of fun facts, only about half of them with citations, and those that are cited are all quotes from the exact same person at the Heritage Foundation– not exactly an unbiased reference. His statistic about the average poor person spending sixty dollars a month on vending machine sodas is brought back, again without mentioning where he heard it. I looked it up myself, but I can’t find any basis for the statistic. I’ll keep you posted if I find anything. Maybe you should all go get a bottle of pop while you’re waiting– but buy it at the store, not a vending machine, or you’re liable to throw off the numbers.

Besides his dubious statistics and Heritage Foundation quotes, Ruse has lots of little math puzzles that are truthful as far as they go but decidedly unhelpful. Take this one, for example: “A Big Mac provides 138 calories per dollar. All-purpose flour provides 4,717, rice provides 3,599, rice and beans provides 2,178. Even peanut butter provides much more, 1,730. Fast food is not the poor man’s friend.”

Well,fast food is nobody’s friend, Austin. It’s bad for you and not usually economical. I don’t dispute that. And as far as I can tell, you’re correct or close to it about calorie counts, though I reckoned the Big Mac to be about 140.75 calories per dollar. But are you honestly suggesting that poor people just eat flour? Yes, a Big-Mac-shaped bowl of raw flour would be cheaper by the ounce, but how could you carry it in a lunch bag? How could you eat it? And can you imagine how imbalanced nutritionally that would be? Big Macs are unquestionably horrible for you, but at least you get something with protein, quick carbs and even a few bites of limp old vegetables on it. Try doing a day’s manual labor if you’ve had a Big Mac for lunch. Then try doing it again on about 560 calories’  (the value of a Big Mac) worth of plain rice. It’s the same number of calories, but it won’t have the same effect. Both of them are awful choices, but the Big Mac is more convenient and just might keep you going longer– and, depending on your situation, that might make it worth your extra funds. Probably not as economical and nourishing as, say, two or three thick peanut butter sandwiches on whole wheat and an apple, but better than an enormous  bowl of rice.

Ruse also harps on my assertion that some poor people, such as the homeless and people living in shelters, don’t have stoves to cook on. He’s one of those people who commits the fallacy of believing that when a person says “some people” she actually means “everyone” or “most people.”  I never once said that poor people in general don’t have stoves; I listed it as one reason that some poor people don’t cook. Ruse finishes up his rant with a truly cringe-worthy impression of a poor woman from the South Bronx: “Of course I have a stove, Honey.”  I don’t think he has spoken with a woman from the South Bronx in his life. Thank God this is an article and not a podcast or he’d surely attempt to mimic her accent as well.

There are a million things to dislike about the article, from the stilted prose to the unmanful whining to the constant mention of “sugary soft drinks” making me crave a Coke, which I’m allergic to and haven’t drank in six years, just so we’re clear. What I dislike most, is Ruse’s desperate insistence that poor people just aren’t trying hard enough; his defensive mockery of anyone who claims it’s not so easy. As if he has a vested interest in painting his fellow human beings as oafish and lazy. Ruse admitted, on the rigmarole thread that inspired his piece and mine, that he’d never been poor in his life. Yet he’s adamant that he knows that the real problem poor people face is their poor decisions. It’s so important to him to paint unfortunate people as bad people, that he spent two days being nasty on Facebook and then got an article published about it– heck, in said article he advertises his book which covers this topic. He’s downright obsessed.

And he’s not alone.

I’ve met many people who get very angry if you suggest that, perhaps, unfortunate people can’t help it. They want to believe that it’s always the unfortunate person’s fault– the rape victim shouldn’t have been drinking, the poor person should eat a bowl of raw flour, the person with an autoimmune disease just needs to lose some weight. That the people who died when the Tower of Siloam fell on them were more guilty than anyone else. As if the world was totally just, and only the bad people suffered.

What if that were true? Where would that leave Jesus and Our Lady? And the martyrs, and all the suffering children that Ruse has written a creepy-looking book about? How can anyone be a Christian and profess such an error?

As for me, I believe that what suffering people need is empathy and help, not 4,747 calories of flour.