There Is No Such Thing As White European Culture 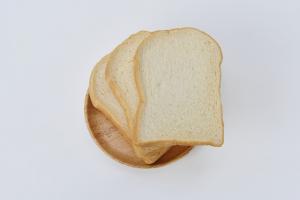 Perhaps, by now, you have heard the sad, sad story Peter Cvjetanovic, who was photographed carrying a tiki torch at the white supremacist riot in Charlottesville over the weekend. Cvjetanovic is horrified that we’ve mistaken him for some kind of “angry racist.”  He says he wasn’t stalking around a White Supremacist rally with a torch at night to be a racist.

“I came to this march for the message that white European culture has a right to be here just like every other culture,” he says.

There’s just one problem with that: a single “white European culture” does not exist.

Oh, there are many cultures in Europe that are comprised of people with Caucasian skin and features, and most of them would count as “white” by a certain standard. But they’re not a single culture, not even close.

Take me, for example. I’m white. I’m about the whitest person I know. I get sunburn on overcast days. If I had picked up a Tiki Torch at Wal Mart and participated in that rally, I only would have stood out for not being male. But I don’t belong to “white culture.” My ancestors are mostly Irish, Scottish, Welsh and English– white European Christians living within about a hundred thousand miles of one another, sharing a great deal of history. But if you think we’re all one unified culture– well, try telling an Irishwoman from Dublin that’s she’s really a kind of English person, and see what happens. I also have ancestors from what is now Germany– but they wouldn’t have thought of themselves as “German” when they came to America, because Germany didn’t exist yet. What is now Germany was itself a collection of white European cultures who spoke dialects of the same language, but did not view each other as the same thing.

I’ve written about my German heritage– some of them were Anabaptists, Church of the Brethren, living in rural Indiana. The others were United Brethren, townies, and they would be embarrassed to be thought of as the same culture as rural Anabaptists. The fact that Eugene had to marry Rosetta was considered scandalous. And the rest of my heritage is even worse. When my Irish ancestors came to Ohio, they were not considered “white Europeans.” They weren’t white, they were Irish. All the Irish immigrants lived together in the same part of Columbus, went to their despised Papist church, and were viewed as animals by other people of European heritage. My Anglo-American ancestors would have been disgusted to know they would eventually intermarry with Irish Catholics. If my Irish Catholic ancestors had tried to go to Mass in the despised Italian Papist church right there in Columbus, a mile or so from the Irish neighborhood, they would have been sternly told by the Italians to stand in the back. “Micks” and “Wops” did not view each other as the same culture. If my Irish ancestors knew that their Irish-Anglo-German-Scottish descendant would dye her brown hair red, marry a third-generation Italian-American, and attend a Carpatho-Rusyn church, they’d have been shocked. None of those groups of white European people have ever been the same white European culture.

Now, in the case of Mr. Cvjetanovic: maybe he just took that name because it sounded cool, but if he’s actually descended from European Cvjetanovics, then he’s of Croatian heritage.

August 14, 2017 A Reader Asks: Is There Such A Thing As African-American Culture?
Recent Comments
0 | Leave a Comment
Browse Our Archives
Related posts from Steel Magnificat