If This Is Really About Honoring the Old South…

If This Is Really About Honoring the Old South… August 19, 2017 Mary Pezzulo 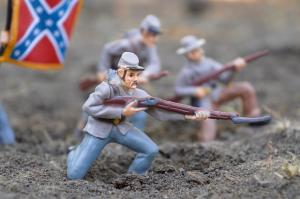 I received a comment to the effect that taking down municipal statues of Confederate generals is exactly like burning all the history books. This comment’s spelling and grammar were so atrocious, I can only assume that the author had never read a book in his life.

But in any case, I have been getting such comments for a solid week. And it seems we share some common ground. I think we should remember our history. And if there are honorable people to be found, in any chapter of history, we ought to honor them to the best of our ability.

But I do have a question.

If this is really all about honoring The Old South, not about racism at all, then why don’t we replace the Confederate monuments with monuments to real heroes from the Old South? We could honor Robert Smalls, a slave from South Carolina who escaped by commandeering a Confederate battleship and went on to be a politician. There could be a monument to Levi Coffin in North Carolina– he and his wife, Catharine, were conductors on the Underground Railroad. They helped thousands of slaves reach safety. There are enough remarkable historic figures to go around. There were a huge number of good and honorable people who fought for justice in the Old South. We could replace every monument to the Confederate army with a monument to an escaped slave or an abolitionist, a person of courage, a real hero who refused to side with evil against great odds. We could honor all that was honorable about the Old South.

If it’s really about honoring the Old South, not about racism at all, why does everyone in my combox keep changing the subject? Why do I get lectures, here and on Facebook, about how Native Americans are bloodthirsty savages, Jews control the world’s banks and damn Yankees rewrote history? Why are all of these lectures from white men, only some of whom are from the South and all of whom are furious?  Why can’t you tell me about the goodness of the Old South without telling me  how bad somebody else is? Why can’t one person stop angrily lecturing me on how despicable other people are and just explain why I should honor the Old South?

If it’s really about honoring the Old South, why were all those neo-Nazis allowed to march with you in Charlottesville? I was told, by one of my commentators, that they crashed the party. It was actually just a peaceful protest by respectable men, against the removal of a statue of General Lee. The Neo-Nazis showed up next to them and there was nothing they could do. But if that was the case, why were these peaceful men carrying torches like a lynch mob? Why were they chanting  the Nazi refrain “Blood and Soil?” And when they saw the men with Nazi flags and shields, why did they go ahead with the protest without trying to make them leave? If I were at a political protest of any kind and Nazis tried to march next to me, I would tell them no. I would shout “no” and keep shouting. I’d chase them off if I could. I wouldn’t stay in the protest if I couldn’t make them leave. I wouldn’t let whatever honorable cause I was supporting be contaminated with the presence of hateful, demonic scum like that.

Yet I saw the Confederate flag paraded right next to the Nazi flag, not grudgingly but as if this had been planned. I saw protesters giving stiff-armed salutes and chanting “Heil Trump!”  I saw Confederate flags happily waved in time to the rhythm while men with fasces on their shields chanted “you will not replace us!”  I saw flags with a mock-up of a swastika and a Confederate flag pattern mixed.

And I keep hearing since then, that this was only to honor the Old South, to stop its history from being erased.

What does the Old South have to do with Nazi Germany?

If it has nothing to do with Nazi Germany, why do these two causes always seem to go side by side? Why do the people who honor the Old South keep such bad company?

If this is all about honoring the Old South, not about racism at all, why is it impossible to have a conversation about it?

Can somebody tell me what I should be honoring about the Old South? 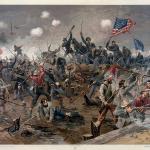 August 17, 2017
How Will We Preserve History Without Confederate Statues?
Next Post