Ten Further Church Buzzwords That Ought to Be Banned 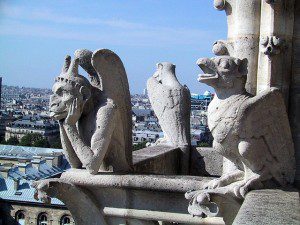 A priest by the name of Father Alexander Lucie-Smith, with whom I’m not familiar, recently wrote a list of ten annoying words and phrases he wishes would be banned from Catholic church culture entirely. I agree with some of his choices; if I never see the word “Guideline” again it’ll be too soon. But he missed a lot of good ones, so I came up with my own.

“Vulnerability.” You see this one quite often in Catholic women’s devotional pamphlets, or in ladies’ prayer groups that have mandatory “sharing.” It sounds like “vulnerability is a sign of strength,” or “never lose your natural feminine vulnerability” or “Lord, help us be vulnerable with one another.” I’ve also seen men pick up the jargon and use it to make themselves more attractive to women. “As a man, I have to permit myself to be vulnerable with my bride.” I don’t know what these people think “vulnerable” means, but it actually means “susceptible to physical or emotional attack or harm.” It’s not a virtue. It’s not a charming characteristic. It’s not to do with oversharing and letting yourself cry in public.  If your “bride” expects it of you, you should break up with her before it’s too late because that’s abusive. Also, don’t call women “brides” like that. It’s creepy.

“Everything Sacred is Veiled.” That’s funny. I thought the Holy Eucharist was held up naked for all to see and then placed on tongues or hands or spooned into the mouth and eaten.  I’m not knocking veil-wearers; you should see my headscarf collection. Just think of a different way of putting it, because you’re wrong.

“Apostolate.” Yes, the word “apostolate” has an actual theological meaning, but it’s been co-opted in so many different ways that it’s meaningless in day-to-day conversation. I say we keep the theological meaning, and hire albino thug monks to go around smacking people who use “apostolate” to mean “the vaguely devotional thing I do in my spare time, like wearing Precious Feet lapel pins or blogging about how much I like the Latin Mass.” And before anybody asks, no, Steel Magnificat is not an apostolate. I have never pretended it was.

“Openness to Life.” Again, this phrase has an excellent meaning, and anybody who wants to use it in its theological context is free to do so. But what it turns into at the cultural level is a shibboleth for grand-multiparas to use against less-fertile moms and for providentialists to use against those who practice NFP. They need to cut it out.

“Traditional Latin Mass.” I’m not saying for one minute that we should abolish the Latin Mass itself. I love the Latin Mass. It’s beautiful. I’m saying, it’s not called the Traditional Latin Mass. It’s called the Tridentine Mass or the Tridentine Liturgy or the Extraordinary Form of the Latin Rite. I could even handle it if you called it The Missal of Saint Pius the Fifth (although you’re supposed to be using the revision issued under John XXIII).  Since every liturgy, be it Ordinary or Extraordinary form Latin Rite Liturgy, the Divine Liturgy of Saint John Chrysosotom or the Divine Liturgy of Saint Basil or whatever other valid liturgy, is a liturgy that arises from a certain tradition, you’re expressing nothing. It’s tautology, like saying “tuna fish” and “morning sunrise.” Saying “Traditional Latin Mass” makes you sound like a noob; or worse, like somebody who reads The Remnant.

“Fecundity of Marriage.” This is a purely aesthetic gripe. the word “fecundity” makes me think of the smell of compost. Keep the very excellent concept, but call it something else. Call it “fruitfulness.” Fruit smells delicious. “Fecundity” is a gross word, like “moist.”

“Cafeteria Catholic.” What’s wrong with cafeterias? Cafeterias have food. Food is delicious. Leave cafeterias out of this. 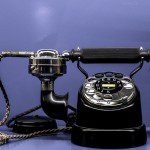 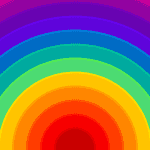