The Second Sorrow of Mary: The Flight into Egypt

The Second Sorrow of Mary: The Flight into Egypt November 25, 2017 Mary Pezzulo 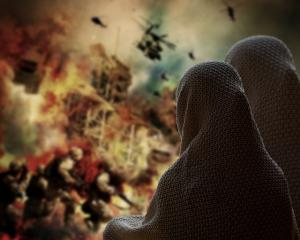 Things were bad enough before. She came to Bethlehem in the worst of circumstances and gave birth, destitute, in the stable. She went to the temple with her baby, longing for consolation, and received a prophecy of more suffering.

Miriam picks up the baby and runs.

They run from Bethlehem into the dark, down roads they don’t know, through unfamiliar countryside.They travel all night, quiet as they can, not knowing where the danger is but knowing it’s always close. Her heart shoots in terror whenever the baby cries. She is exhausted, but she dares not stop to rest. They run until dawn, then hide for a short time, then run again. They run for days and days.

They flee over four hundred miles.

At some point during the flight, they find out what Herod has done to all the infant boys in Bethlehem– what he was going to do to her Son, if they stopped running. They heard how he’d had them all murdered, just as Pharaoh had murdered all the infant sons of Israel so long ago. It was happening again. It always happens– powerful men fear to lose their power, and they kill the innocent in order to keep it. And the helpless have to run away, not from danger to safety, but from certain destruction into darkness where they hope to find a place to hide until it’s over. There is no reason to be sure that anyone in Egypt will harbor them. There is no reason to believe that they will make it that far. There are occupying soldiers everywhere, and not a single soldier regards the life of a Jewish child as worth even a second’s hesitation. Every moment of their flight into Egypt could be the last moment of her Son’s life.

They fly to the border. They fly into the arms of their nation’s old enemy to hide until the new one’s death. Lord only knows what they find there, in a country whose culture was completely foreign, whose religion they don’t share, whose language they don’t speak. There’s no reason to believe anyone was kind to them. Few are ever kind to refugees, at any time in history.

Xenophobia is not a new vice, nor one unique to our culture. We can imagine the things the Egyptians said; you might have said similar things yourself: We can’t trust those people. We don’t know their motives. They might be spies. They won’t assimilate, adopt our religion or learn our language. They take up resources we need for our own children. They’re dirty. They bring disease. They ought to stay where they are and fight for the safety of their families, or else their men are cowards. How do we know they’re really in danger? What kind of people would have a baby under these conditions, anyway? They should have known better.

That was how the Son of God, the Ark of the Covenant and their guardian arrived in Egypt.

There is no reason to believe it ever became easy.

And again, the infant Christ performed His Father’s work. He caused the rise and fall of many, and caused the thoughts of many to be laid bare. That kingdom that sought His life is no more, but we all know how they felt and what they were thinking. We all know how fearful Herod was; how cruel his soldiers were. When history remembers Herod, they don’t remember his power or his majesty. They remember his cruelty and cowardice, and how he murdered helpless children because he was afraid.

And everyone who has ever been a refugee– every mother who has had to pick up the baby and run; every father who has been called a coward for rescuing his family; every infant who has been thought of as an invader for being in danger– every refugee, for all of history until Christ returns again, became the sign and image of the Holy Family.

(Steel Magnificat will be meditating on the Seven Sorrows and the Seven Joys of Mary throughout Saint Philip’s Fast. ) 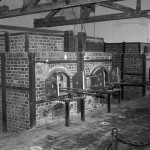 November 27, 2017 White Supremacism Is Every American's Monster
Recent Comments
0 | Leave a Comment
Browse Our Archives
get the latest from
Steel Magnificat
Sign up for our newsletter
POPULAR AT PATHEOS Catholic
1

Love in a Time of Bug-Like Behaviors: Short...
In order of when I saw these things, meaning that the best...
view all Catholic blogs
What Are Your Thoughts?leave a comment
Copyright 2008-2020, Patheos. All rights reserved.