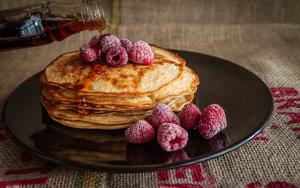 We rode the bus to the mall to see Santa.

Rosie brought along her teddy bear, Ribsy, whom she pretends is a dog. I took my jacket, because it was too warm for my coat. The sky was that odd piebald mix you get so often in the Ohio Valley– brilliantly clear overhead and a sheet of gray-black to the west.

The bus was full of pleasant people discussing Christmas plans: the woman to the front of me was going to have a barbecue no matter what the weather.

“You can have turkey and ham any day of the year,” she said. “I’m makin’ ribs, I’m makin’ Italian sausage.”

She went on and on until we were all licking our lips. Then the topic turned to another type of food. They’re rebuilding the facade of the empty Dairy Queen in Hollywood Plaza near the grocery store. It looks like it’s going to be a restaurant of some sort, but none of us knows just what. The bus driver had heard earlier from an optimistic passenger that it was IHOP; somebody else had said Cracker Barrel. The opinion on the bus at the moment was evenly split between Waffle House and Tudor’s Biscuit World. I can’t eat at any of those with my food sensitivities, but everyone else was cautiously excited.

That particular corner of Steubenville is awash in pawn shops and payday lending companies. A family I know drove into Steubenville with nothing after a financial disaster left them homeless– they pawned their coats and snow boots at one of those shops just to stay alive another day. I always pray a Hail Mary for justice for the poor whenever I walk past those establishments.

Everyone laughed at my tasteless gripe.

“A pawn shop that sells guns and liquor,” I went on.

“Sure, like we need one more of those,” giggled the gentleman next to me. “It probably will be.”

“They won’t even give you money. They’ll just take what you give them and hand you a fifth of liquor and a gun.”

“And bullets!” said the gentleman.

“They’ll sink the bullets in the liquor.”

We all laughed again. At that moment, the bus rolled through Hollywood Plaza and passed the mysterious new restaurant. They’d put a facade of new bricks on, but there still wasn’t a sign. I think we all fantasized about baked goods of one kind or another– I could practically taste two tender biscuits, smothered in cream gravy, and a stack of pancakes studded with three different colors of fresh raspberry. Fortunately, imagination is still gluten-free.

The gentleman asked Rose if she was ready for Santa Claus. Rose nodded, petting her imaginary  dog.

We chatted about Christmas again until we got to the mall parking lot, where I spotted a grizzled man in a thick gray hoodie, huddling against a light pole in the parking lot with a cardboard sign.

“Makes me sad to think of people goin’ through a rough time at Christmas,” said the man on the bus.

“We’ll bring him something,” I said to Rose, who gave me a solemn nod. She wouldn’t let me live with myself if I didn’t.

There was no line to see Santa Claus. Rosie showed him her imaginary dog and asked for an actual stuffed dog, and a camping tent. I sighed with relief, because those two things were already purchased and in the attic awaiting gift wrapping. Then, having paid homage to the modern-day counterfeit Saint Nicholas, we went to the Wal Mart to honor the example of the real one.

I had no idea what to buy for a stranger’s lunch. My head was full of barbecue, biscuits and bullet-laced liquor, but there wasn’t any of that to be had at the Wal Mart deli cooler for the few dollars I had in my purse. I ended up buying a discount sub with tomato and turkey, carefully wrapped in plastic so I wouldn’t have an allergic reaction to touching it, and a bottle of sweet tea. We paid quickly, put on our jackets, and crossed the parking lot. The cloudy front had covered the sky while we were visiting Santa; it was getting cold again.

The man was no longer there.

I searched the parking lot, but he was gone. I hoped the police hadn’t arrested him. I nearly cried at the thought of the sandwich. Rosie and I are allergic to wheat. Michael’s not, but he is allergic to tomato and he can’t stand sweet tea. I would probably have to throw perfectly good food away.

Rose and I took the next bus home.

The passengers on this bus were much grimmer than the ones going out.

The other passengers groaned their solidarity.

The sunshine was gone; the sun was setting behind the gray pall of cloud. All the passengers were chiming their own gloomy stories of hard luck. I had no comfort to give.

But I did have a discount turkey sandwich and a bottle of sweet tea.

“Does anyone want a sandwich?” I called to everyone on the bus.

I explained the circumstances, and why I had a deli meal I couldn’t eat in my shopping bag.

“I’ll take it,” said an old man in a worn green sweatshirt. He looked about the same age as the man who’d been begging by the light pole, and scarcely better off.

I gave him my bag.

He was smiling and unwrapping the sandwich when Rosie, Ribsy and I got off at our stop. I was smiling as well.

There’s something sacred and slightly magical about food and the sharing of food, particularly at Christmastime. 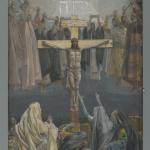 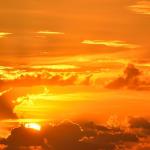 December 21, 2017 The Sixth Joy of Mary: The Resurrection
Recent Comments
0 | Leave a Comment
"Yes, alwayspuzzled, yes."
Eileen M. Ponder Imagine a Flock of Tongue-Cut Sparrows
""now that I am a tongue cut sparrow"Many of us are very grateful for your ..."
alwayspuzzled Imagine a Flock of Tongue-Cut Sparrows
"unfortunately, that's exactly what happened to me. :-("
Elizabeth Elizabeth | Mary Pezzulo
"I don't know if you will read this as I am reading and responding quite ..."
Elizabeth Elizabeth Yes, Antisemitism is Real, Wrong, and ..."
Browse Our Archives
Follow Us!