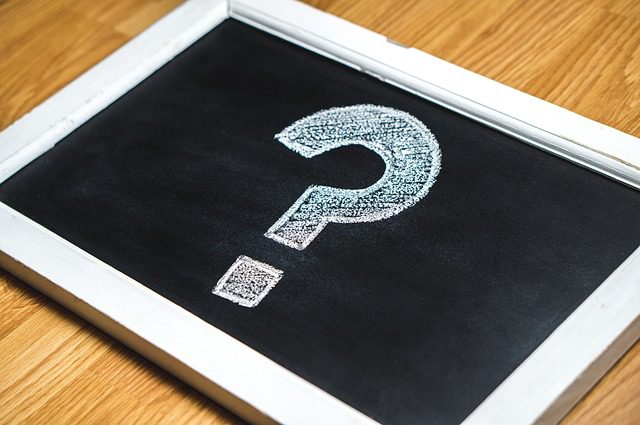 Moments after my usual winter flare-up began to subside, I made the mistake of leaving my house. And I instantly caught the flu from a bus passenger.

And if you think you know what a flu feels like, try finding out what a flu does to fibromyalgia.

So I spent all of yesterday lying on the sofa and didn’t get any writing done. Today, I’ve tried to be online, swatting at trolls and such. But my fever is still really high and I keep thinking I see Mike Pence tweeting about six million holocaust victims rising from the dead on the third day. I swear, every time I get online, I imagine someone’s talking about it. 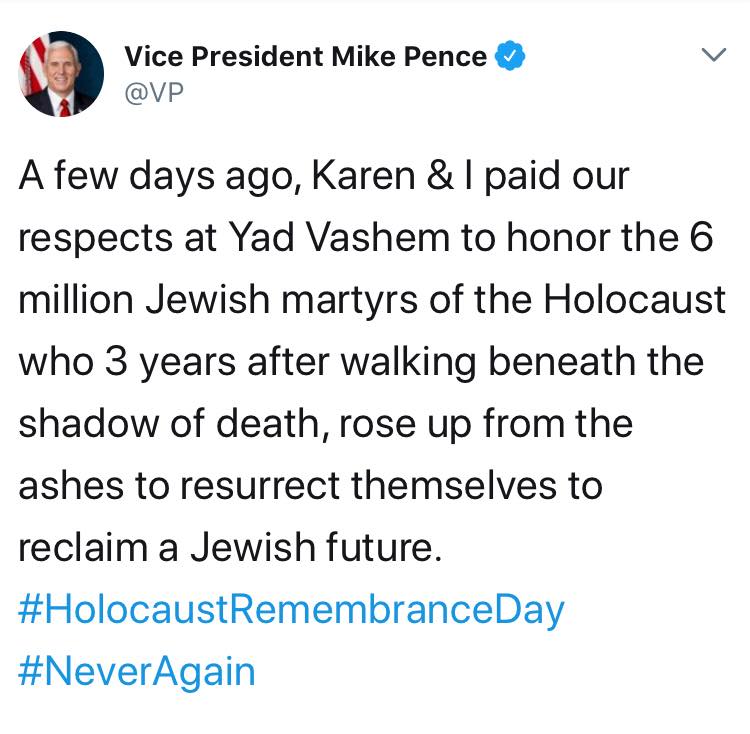 I’m wrong, of course. It turns out that the vice president of the United States said that the victims of the Holocaust rose from the dead after three YEARS. And he called them “martyrs.”

The tweet reads, “A few days ago, Karen and I paid our respects at Yad Vashem to honor the 6 million Jewish martyrs of the Holocaust who 3 years after walking beneath the shadow of death, rose up from the ashes to resurrect themselves to reclaim a Jewish future. #HolocaustRemembranceDay #NeverAgain.”

I think he needs to go back to Yad Vashem and study it a little more closely. Or, he can go to the Holocaust Memorial right near his current home in DC. Or ask a reasonably well educated fourth grader. Because, the sad fact is, the Holocaust victims were not “martyrs–” they didn’t volunteer to lay down their lives for a cause. They were dragged from their homes and brutally murdered by genocidal pigs. And they didn’t rise from those ashes. They’re still there. The ashes are their bodies. The six million Jewish victims of the Holocaust, two-thirds of the Jewish population of Europe at the time, may they rest in peace, are still dead. They were shot; they were buried alive; they died of disease in the filthy overcrowded ghettos and camps; they were systematically starved to death; and, of course, many of them went into the gas chambers and then the ovens and came out as ash. I believe in the Resurrection of the Dead, as do Jewish people as far as I’ve been told. But that event has not yet occurred. The vice president seems a little confused.

And then the Aleve kicked in, my fever broke slightly, and I realized that Mike Pence was talking about Israel.

Two-thirds of the Jewish population of Europe were murdered in one of the worst genocides in history, about six million people– that’s in addition to the Romany, the disabled, the mentally ill, homosexuals, political dissenters, Poles, Soviets and Afro-Germans, but the Jewish people were the primary target. About eleven million people in all were killed by the Nazi genocide. More than one million of those murdered were children and infants. Between 50 and 80 million people were killed in World War Two altogether. And three years after the liberation of Auschwitz, which we commemorate on Holocaust Remembrance Day, some of the survivors of that unimaginable horror founded the modern country of Israel.

Mike Pence is oddly cheerful about this.

His tweet has a bootstrappy nature– those millions of people were dead, but they dusted off the ashes and moved out of Europe for a better future! They refused to be victims, by gosh by golly, those Jewish martyrs! Nothing could get them down! It’s altogether an extremely Republican sentiment.

He seems to honestly feel that, since some Jews made it out of World War Two alive, that’s the same as those six million who were horrendously murdered not being dead anymore.

According to this tweet, Pence views Jewish people as if they were the sexually nonthreatening older African-American sidekick in a chick flick or action movie: completely interchangeable, and if the actor dies horribly before the sequel we’ll get a new one and no one will know the difference.

Maybe Pence is suffering from the flu as well. It does mess mess with one’s mind.

January 28, 2018
A Brief Word on the American Solidarity Party
Next Post

January 31, 2018 A Hipster, A Ribeye, and a Foodie Lecture
Recent Comments
0 | Leave a Comment
Browse Our Archives
get the latest from
Steel Magnificat
Sign up for our newsletter
POPULAR AT PATHEOS Catholic
1