The Wages of War

As I write this, on a Friday night during prime time while our president is being investigated by the FBI, the United States is lobbing missiles at Syria. This bombing is in response to the horrendous gas attacks that killed sixty last week . According to Reuters, the president said that France and England intend to continue bombing Syria until Syria stops using chemical weapons. We are joined in this attack by Britain and France.

This is normal, and has been all my life. I’m not going to say I’m pleased at the prospect of military conflict with Trump in office. Quite the contrary. But I don’t exactly blame him for this.  Attacking the Middle East is what America does. We’ve done it for so long it’s nearly unremarkable. Democrats and Republicans both do it. We say we attack because we’re offended at how they treat their women, and I’m not saying women all over the Middle East are treated well. We say we attack to punish a ruler for hurting his own citizens. We attack to punish one Middle Eastern country for invading another, as the first President Bush did when I was in Kindergarten. We ourselves invade one country in the Middle East in retaliation for what another country’s citizens did to us, as George W. Bush did to Iraq after terrorists from Saudi Arabia destroyed the Twin Towers and the Pentagon.

We attack at suspiciously convenient times, when a war would draw attention away from problems at home– and again, Trump isn’t the only one doing this. I remember how excited Bill Clinton was to drum up a war in Iraq when I was a teenager, when all anyone wanted to talk about was an intern in a blue dress. He sent Madeline Albright to hold a so-called town meeting right in Columbus, where I grew up; she seemed shocked when they were met with protests. My parents were proud of the protesters– then, about four years later, they despised the exact same protesters shouting the exact same message against a war in the exact same place. And they’re not alone. That’s what most of the people I know did, and still do. Bombing the Middle East is noble, as long as a president we like is in charge.  Otherwise we object.

I’m not saying there aren’t reasons to want to.

I saw the photos of the victims of that gas bombing. I watched the videos. I saw traumatized children being treated for poisoning. I kept seeing that picture of someone pouring water over a limp, purple baby, and I cringed every time. If that baby had been mine, I’d want the ones responsible dead. If I had missiles to launch maybe I’d have launched them by now.

But what good would it do?

Let’s say that there are no rumblings of protest that we don’t really know what’s happening. Let’s say that everyone agrees with the United States intelligence that this is Assad’s doing.

What good will this do?

We bombed Syria almost exactly a year ago, on April 7, 2017.  I looked it up because this all seemed so familiar and I wanted to be sure. As far as I can see it accomplished nothing. It certainly didn’t stop the gas attacks. Last year, in retaliation for Assad’s bombing of his own people, Trump launched missiles at an empty military base; now, here we’re doing it again. It seems the Syrians have the internet; they read the president’s tweets and were ready.

What good will it do?

War is never good. War in itself cannot be noble or just. War is always a tragedy, a nightmare and a failure. In the midst of such a tragedy, sometimes the only honorable  thing to do is fight back in your own defense, or in the defense of somebody helpless. But even then, it’s wrong to fight and kill unless you have a reasonable chance of protecting someone from an aggressor. This is what our Faith tells us– it is only tolerable to participate in a war if all other means of defense are exhausted, if there is reasonable expectation of success, and if the use of arms will not create a greater evil than there was in the first place. Every other time we act in violence, we sin. We sin if we only attack to punish an evil dictator or to retaliate against something that was done to us. We sin if we attack in order to look concerned, when we know it won’t do any or enough good. We sin if our attack makes matters worse for the people we’re claiming to defend.

By those criteria, it’s evident that  we have sinned countless times in the past few decades alone, in our dealings with the Middle East.

This time, Russia has promised “consequences.” 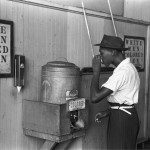 April 10, 2018
White Nationalism Is Not Just Another Opinion
Next Post