Sexual Assault is not a Teenage Rite of Passage 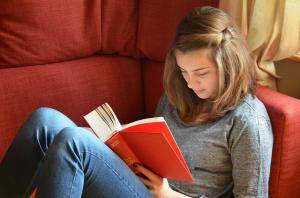 I have heard many different responses to the accusations against Justice Brett Kavanaugh. Most of them have been well-reasoned, whether I agreed with their conclusions or not. Some have been off the wall.

There were a few that made me a sick.

For instance, the other day I saw someone say, in total sincerity, “Can any of us honestly say we never got drunk and did something foolish we regret at a party when we were seventeen?”

I’m sure she was serious.

And I can answer that immediately.

No, I didn’t. I definitely didn’t. I didn’t even drink alcohol when I was a teenager. I stayed home and read Dickens and Victor Hugo. I babysat. I acted in plays. I volunteered for the Big Brother/Big Sister program. I taught myself to do yoga even though my family wasn’t sure if it was demonic or not. I painted still lifes of fruit and flowers because I was too squeamish to paint from photos of life models. I used to sit awkwardly on the sofa at parties until I was allowed to go home and read, and my only regret from those parties is that I didn’t go home sooner.

That’s not the experience of every teenager, but plenty of teenagers have stayed out of trouble as diligently as I did. The things they regret from when they were seventeen are similar to the things I regret. They regret their bangs, their perms,  their painfully ugly fashionable glasses. They regret pining over a stupid boy who didn’t like them anyway instead of spending more time studying. They regret trying to eat popcorn with braces. They regret allowing themselves to be pressured into trying out for football when they didn’t really like it.

They might also regret something more serious than that. Some people I know regret crashing the car when they were teenagers, or developing a drinking or cigarette habit it’s hard to break now, or having casual consensual sex that left them with an unplanned pregnancy or a broken heart.

They don’t regret trying to sexually assault people, because they didn’t do it.

Acting like a violent crime that hurts and traumatizes its victim is a normal rite of passage for teenagers is slanderous to every teenager who spent those formative years reading Dickens and painting pictures– or getting into harmless mischief or even making genuinely stupid mistakes, for that matter.

Sexually assaulting people is not a normal part of being a teenager. It’s not a rite of passage. It’s a crime.

It’s not something immature people without much experience or common sense do. It’s something violent and evil people do.

It’s not a foolish mistake. A mistake is something that you do by accident because you weren’t being careful, not a deliberate act of malice you commit because you think you’re entitled to commit it.

Sexual assault a hideous crime against another human being.

It’s not something to be expected of teenagers. It’s something to be viewed with revulsion, prevented in any way we can, and punished severely when it happens. Yet again and again I see people making excuses.

I live in Steubenville. Several years ago now, this town became infamous when Trent Mays and Ma’lik Richmond, two high school football players aged sixteen and seventeen, repeatedly raped an unconscious young woman at a party while their friends laughed and cheered. After an attempt at a cover-up from the shameful “adults'” at the school, they were caught and convicted, but  they were only sentenced to about two years in a juvenile detention center. People  on the national news lamented that those boys’ future had been ruined because they were promising young men who now had to register as sex offenders- when they were only playful teenage boys who made a mistake.

Now, there were playful teenagers at that party who made mistakes. It’s a mistake for a teenager to go to a wild party where alcohol is flowing freely in the first place; it’s a mistake to get drunk and a big mistake to drink until you pass out. These are some of the foolish mistakes teenagers make when they experiment with alcohol, which is why the legal drinking age is 21. These are the kind of mistakes teenagers regret, because they wake up with a bad hangover and get grounded. But the rape did not occur because the young woman made a mistake. Teenage girls are also raped while merely tipsy or completely sober, after all. Rape can happen in spite of the victim following all the safety rules because rape isn’t caused by the victim. The rape was not the fault of that victim, and it was in no way a mistake. The rape was a deliberate act of violence committed by two evil young men who never should have been shielded from the consequences of their crime.

Sexual assault is not a mistake. And, despite the efforts of a dehumanizing society that tries to write it off as commonplace when it happens, sexual assault is not a phase all teenagers go through before growing up. It’s an act of pure evil committed by evil people. Some teenagers are evil. Most are just kids who like to go to parties or don’t, and who ought to be allowed to grow up safely to regret normal teenage mistakes.

Committing sexual assault while a teenager is something that actually ought to ruin a person’s future. Because if that person starts by committing sexual assault in high school, their future is not going to be good for society. All this talk to the contrary is teaching our teenage boys that assault is an excusable bit of fun– and teaching our teenage girls that their safety and happiness are less important than a man’s future. I think most teenagers are smart enough to know this isn’t true, but you’d be surprised what lies you can come to believe when you’re a teenager trying to figure out how the world works.

If we teach a generation of young people that– well, that’s something serious that we all will have cause to regret.

But it won’t be a mistake.

September 19, 2018
No, Dennis Prager, That's Not Empowerment
Next Post

September 22, 2018 And Autumn Began
Recent Comments
0 | Leave a Comment
"That essay was spot-on excellent."
Todd Flowerday The Patron Saint of Love and ..."
"What makes you so sure that bees are incapable of love? Many of their behaviors, ..."
3vil5triker . The Patron Saint of Love and ..."
"This is not about "choosing evils" and whatnot, its about being upfront and honest about ..."
3vil5triker . When Chaos Itself Becomes Victory
"I won't speak for Rebecca, obviously (I'm more conservative than she is on some points), ..."
Edwin Woodruff Tait When Chaos Itself Becomes Victory
Browse Our Archives
Follow Us!