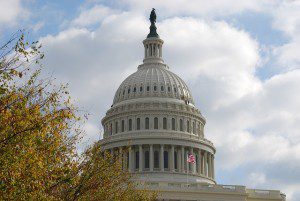 I’ve got a question for the group today.

I am probably going to moderate comments even less than usual, because part of me would love to see answers and excuses, but another part doesn’t even want to know. But I’ll really try to check back.

Why does the next Supreme Court Justice have to be Kavanaugh?

And I myself am pro-life.

But why does it have to be Kavanaugh?

The next Supreme Court Justice is going to be a conservative who is pro-life in that uniquely Republican way, the way that re-funds Planned Parenthood every year in Congress but we keep trusting them. They just are. That’s who Trump is going to nominate. Why Kavanaugh? Why Brett Kavanaugh, who ruled in favor of caregivers that forced disabled women to have abortions? Doesn’t sound pro-life to me.

Why Brett Kavanaugh, who is beset with all these accusations of sexual assault?

I realize that nothing has been proven in a court of law and they could all be making it up. Christine Blasey Ford experienced so much harassment that she had to move out of her house for her family’s safety, but she could just be a crazy liar or a paid shill. I don’t think she is, mind you. Her testimony is compelling to me. But anything’s possible. But what would the pro-life movement lose, if Kavanaugh withdrew and Trump appointed another pro-life justice? A nice wholesome one with no such accusations against him or her? A sweet old grandmother, maybe? Somebody beyond reproach? What if he nominated somebody like Neil Gorsuch again? I don’t like Gorsuch very much for many reasons, but I don’t remember any such accusations against Gorsuch. Maybe I just missed them. But as far as I can tell, if Gorsuch ever found his trapper keeper from High School, it would be filled out with nothing but “Debate club” and “pick up suits at the cleaners.” Surely there’s another such conservative judge, somewhere in the world.

Maybe I’m just missing something huge, here. That could very well be. I never pretended to be smart. But it looks to me like Republicans are trying to rush through the appointment of Kavanaugh in order to stick it to women– to show us that our safety doesn’t count and we ought to just “get over” being sexually assaulted. To show that no woman is more important than a man’s career, that nothing a young man did to a woman in prep school should stand between him and the absolute highest position his profession has.

If they’re not, why don’t they just get rid of Kavanaugh and have Trump nominate somebody else?

I was raised during the Clinton presidency. I remember how shamefully he acted with women. I despised Bill Clinton and everyone who stood up for him, and I still do. At the time I was convinced that everything the Democrats said about being pro-woman was a silly lie. I was sure Republicans were the gentlemanly, “chivalrous,” pregnant-woman-supporting pro-life traditional-old-fashioned-values party. I’m still open to arguments that they are.

But if they are, why is this happening?

Because the old-fashioned-values response to a person like Kavanaugh isn’t to rush through his nomination.

If a group of really chivalrous, door-holding, lady-respecting old-fashioned gentlemen had heard that a man of their acquaintance was under suspicion, rumored to have done such a thing to a young woman, Christine Blasey Ford would not have had to testify to them in person. She certainly wouldn’t have her name and face all over the news; she wouldn’t have had to re-live any trauma on live television. At the mere whiff of suspicion of something this terrible, Kavanaugh would have been ruined. He would never have worked again.  He probably would have had to leave town and retire to a monastery. That’s the old-fashioned-values approach. I’m not saying it’s a good one, but that’s what it would be.

Instead, we’ve got this circus. And sexual assault and abuse survivors all over the country are re-living our trauma every time we check our phones or turn on the news. And if you can give me a good airtight argument for why it will all be worth it, that would be nice. But I can’t think of one.

Tell me the reason that the magical pro-life talisman for the Supreme Court of the United States can’t be literally anyone else. Someone even more pro-life, perhaps.

If you can do that, I’ll try my best to listen.

But I’m just not seeing it, myself.

September 25, 2018
My Catholic School Taught Me That Victims Should Be Silent
Next Post

September 28, 2018 Exhausted in the Midst of Scandals
Recent Comments
0 | Leave a Comment
Browse Our Archives
get the latest from
Steel Magnificat
Sign up for our newsletter
POPULAR AT PATHEOS Catholic
1