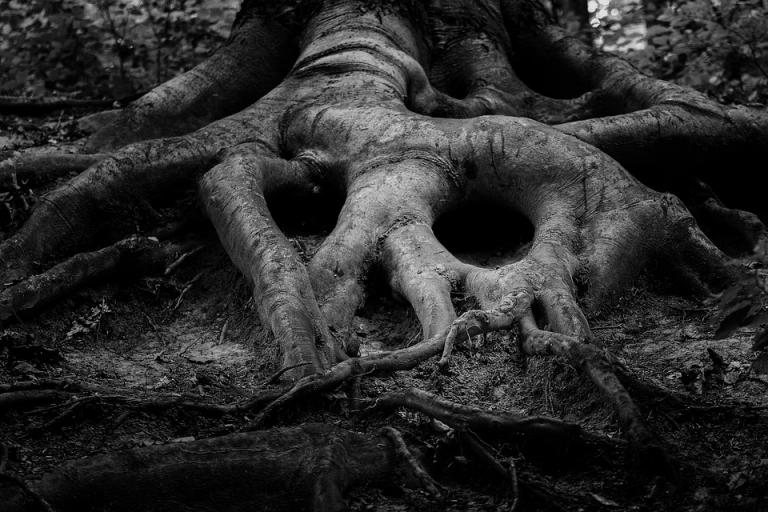 The O Antiphon for December 19th:

O Root of Jesse’s stem,
sign of God’s love for all his people:
come to save us without delay!

O come, Thou Rod of Jesse’s stem,
From ev’ry foe deliver them
That trust Thy mighty power to save,
And give them vict’ry o’er the grave.

And there shall come forth a Rod out of the stem of Jesse, and a Branch shall grow out of his roots.

The Lord, the Wisdom, Adonai: He is the Rod of Jesse’s stem.

Jesse was a mortal man, and has been dead a long time.

Jesse was the son of Obed, whose father was Boaz who married Ruth. According to a strict legalistic manner of thinking, Jesse shouldn’t have been born at all because Obed shouldn’t have been born, because Ruth was a Moabite.  Moabites were off limits. They had refused to give hospitality to the children of Israel. No Ammonite or Moabite or any of their descendants may enter the assembly of the LORD, not even in the tenth generation. But Boaz’s kinsman went to Moab because of a famine and married Ruth, and when Ruth was widowed she followed her mother-in-law back to her homeland, leaving behind her pagan gods. She didn’t expect to get anything out of this; she only wanted to care for her mother-in-law who had no one. She didn’t have to do it. Her sister-in-law did not and her mother-in-law told her to leave.Ruth went with her mother-in-law anyway, because it was right and just. It was through this act of justice that Ruth ended up in Israel, and met Boaz.

Boaz married Ruth, Ruth became the mother of Obed, and Obed became the father of Jesse, of the House of Judah.

Jesse became the father of David the King. This shouldn’t have happened either. There was already a king, Saul, anointed by Samuel, the prophet of the Lord. Saul had a fine son who was supposed to succeed him. But Saul would not obey the Lord; he let his impatience get in the way time after time, and finally the Lord had had enough. The Lord sent Samuel to anoint the son of Jesse– not the oldest son of Jesse, nor the next son nor the one after that, but the youngest, who’d just come in from tending the sheep. David the son of Jesse was determined to act justly. He did everything he could to avoid a quarrel with Saul; twice, he had the opportunity to murder him and twice he refused. Saul, who persecuted David unjustly, fell on his sword and died miserably. David, who had acted justly and had mercy on his enemies, became king.

David became the father of Solomon, whose mother was Bathsheba. He should never have done that. It was sin to lust after Bathsheba, a sin to lie with her, a graver sin still to murder her husband who had done nothing wrong. Because of this, the sword never left David’s house, and that might have been the end of Jesse’s line.

It was not. David repented, as it is proper and just to do when you realize you’ve committed a sin, though kings so rarely remember to repent. God had mercy on him. Bathsheba gave birth to Solomon, the wisest of all kings, though he was led astray and that also should have been the end.

Solomon became the father of Rehoboam, who lost kingship over all the tribes but Judah. Rehoboam fathered a ragtag line of kings, many of whom were wicked, and eventually the whole nation was sacked by Babylon. That, too, should have been the end of Jesse’s line. But Evil-Marodach, the king of Babylon, was merciful to Jehoiachin the descendant of Solomon, when he had no reason to be. He released Jehoiachin from prison and spoke kindly to him, and through this act of mercy, Jehoiachin and his descendants survived. From the Babylonian exile to the birth of Jesus Christ, there were fourteen generations.

This shouldn’t have happened either, but for a miracle. Miriam was betrothed to Joseph the descendant of Jesse, but was found to be with child through the Holy Ghost. Her pregnancy could have gotten her stoned to death, and that would have only been strict obedience to the letter of the law. But Joseph was a just man. He decided to divorce Miriam quietly, rather than expose her to shame and worse than shame. Then the angel appeared and ordered him to be even more just than he had been– not only to have nothing to do with exposing Miriam to shame but to believe her story, to take her into his home, to love her as his wife without touching her carnally, to raise that baby as his own child, and to name Him “The Lord Saves.”

Through all these generations, the line of Jesse was in danger. Several times it seemed to be destroyed like a tree cut down to the stump. But through justice and through mercy, the line continued on. And in the fullness of time, the Lord became the son of David, the rod from the stump of Jesse.

The time is coming when the Root of Jesse, God the Creator of Jesse, will come forth as a shoot from Jesse’s stump, out of the womb of Miriam the wife of Joseph, and we will see and worship Him.

That time is coming soon. 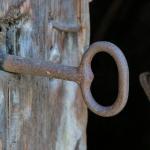