An Apology for My Harsh Words

An Apology for My Harsh Words January 26, 2019 Mary Pezzulo 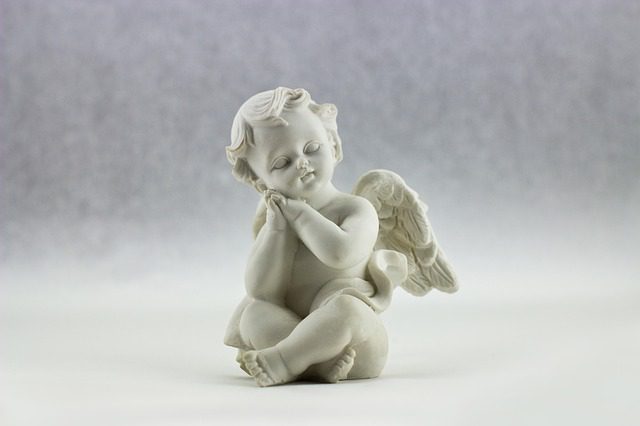 People have informed me that I’ve been too harsh.

They have accused me of child abuse, because I said that teenagers who behaved very badly in front of the whole nation on camera should be disciplined or expelled from their fancy prep school and called upon my readership to demand accountability with me. I never called for violence or for revealing the identities of any minors involved, certainly not for bombings or anything of the kind; I only published contact information of adults that was already publicly available online at their website in the first place. But apparently harsh school discipline for atrocious behavior on a school field trip is child abuse. Apparently wondering if they should finish their education at a different expensive school, paid for by an equivalent amount of Mommy and Daddy’s money, or  (Heaven forbid) a public school is akin to “wanting to destroy their lives.”

I don’t want to be thought of as unjust or hasty.

So this is my official apology.

I’m sorry I said that the students of Covington Catholic High School were being racist. I have no way of knowing that they’re racist.  and I’m sorry I said they ought to be punished. That was way over the line.

I’m sorry that I reported that I saw a video of a group of white boys in Covington Catholic High School gear and MAGA hats, surrounding and jeering at a Native American man. I never said that the students approached him or sought him out. I offered no commentary on how they got into the position they were in, when I woke up at Noon on Saturday and saw the initial videos. I only said I saw a group of white boys surrounding and jeering at the Native American, and said that that was racist and wrong. That’s absolutely what I saw in the video, they were all around him, three hundred sixty degrees, and jeering while facing in his direction, but I shouldn’t have said that.  I should have taken my time and waited to see the longer video.

I am sorry that I updated my story to say that the longer video showed the white boys heckling Black men in a racist-looking way before they heckled the Native American, making it look racially motivated from the beginning to me and I said so, and that I then updated it a third time to add that an even longer video showed the Black men heckling and harassing first. I’m sorry it took me all of five minutes to update once I got new information. I’m sorry I mentioned that those Black Hebrew Israelites were behaving in a bad, annoying way every time I got the chance. None of that was going far enough. I should have said that it was all their fault and the Covington youths were justified in surrounding and jeering at the Native American man, which I still saw them do once the Native American man started walking among them.  Apparently the fact that they were harassed beforehand by a group of Black men, and the fact that the Native Americans walked up to them, made their subsequent behavior not only a-okay but also invisible. Native Americans shouldn’t walk up to anyone; they should just go back to their land. Two wrongs not only make a right but make the second wrong invincible. Not that I’m saying the boys did anything wrong, mind you! It was perfectly understandable and above board. What else are you to do when a brown man bangs a drum in your face? Back up? Walk away? Move aside to politely let him through? Disperse so he doesn’t feel crowded? Take off your hat, listen quietly and thank him when it’s over? They had no choice but to clap derisively and jump and imitate his song in a joking manner. But I’m sorry that I said I saw them do that.

I am sorry I said that young Mr. Sandmann’s smile was a smirk. Clearly I have no way of knowing if he looks like that when he’s sincere. I cannot judge his heart, bless it. And I’m sorry I refrained from saying Mr. Sandmann’s name until he himself said it, through a PR firm, in the New York Times. That wasn’t long enough. I shouldn’t have even said it just now. The names of white people are ineffable names. Maybe that’s why so many commentators call me, a white woman, “The Author” and “he” as if I were Aristotle.

I am sorry that I kept saying that I saw the Covington boys doing what looked like the Tomahawk Chop, on the paltry excuse that I saw their arms go up and down just like a Tomahawk Chop. There could be any number of explanations for that. Maybe they were swatting mosquitoes, in January. Maybe they had a seizure. Maybe it was just a part of their school spirit cheer, never mind the fact that a school spirit cheer involving anything that looks remotely like a tomahawk chops is a tasteless and rude, racist thing to do in a Native American’s face just as it’s always tasteless and rude to do a mincing mock bow with squinted eyes at an Asian person whether you  mean it badly or not. I don’t know that they meant it to be racist.

I am sorry that I expected boys going to a prep school that costs at least eight thousand dollars a year to know their civil rights history. I even imagined that they might know not to mock a Native American for his ethnicity– not that I’m saying I know that’s what they were doing!  That was unreasonable of me. I suspect I massively misjudged the purpose of education at a fancy, super-majority white prep school in the first place. Sorry.

I’m sorry I pointed out that the Covington boys appeared to be behaving very badly before they even encountered the scary Black men who harassed them.

I’m sorry I explored the ways in which a group of about sixty young white men staring down a group of about four Black men are an inherently frightening imbalance of power. I’m sorry I talked a little about the history of lynching, to explain why I thought it was so. It’s not ladylike to talk about lynching. Besides, as I’ve been told by my commentators, demanding that a Catholic school hold its high schoolers accountable for misbehaving in public is the real lynching– or pogrom, if you’re Rod Dreher.

Above all, I’m sorry that I made a detailed list of ways in which those little angels could behave better– be best, you might say. I am sorry I said that they could have de-escalated the conflict by walking away, by keeping quiet, by doing literally anything except making annoying noises and chanting loudly to drown out their harassers in a way that looked an awful lot like egging them on. When Black men and women are shot or brutalized by police officers, the internet explodes with armchair quarterbacks explaining how those men and women could have protected themselves by de-escalation: they shouldn’t have reached for a wallet; they shouldn’t have worn a hoodie; they shouldn’t have cried or panicked; they shouldn’t have looked like they wanted to run away. But when young white men behave badly in public, that kind of talk is inappropriate. De-escalation is a response to human beings who are considered human beings in the public eye.

Wait, should I apologize for saying that Black people and Native Americans ARE human beings?

Or is it enough to just say that I’m sorry I demanded that my Catholic brothers and sisters denounce behavior I saw as scandalously wrong, no matter how it might have been provoked? That people who are supposed to love our enemies even when they’re actively feeding us to lions ought to be courteous and quiet toward the most obnoxious street harassers as well? That whether or not someone approached you in the first place, you still have a choice in how you respond?

I will remember this lesson well: It’s okay if they’re one of us. And by “one of us” I mean, “They fly in the face of everything I stand for, but they’re white, and they’re male, and they were at the March for Life.”

I am sorry I even brought the whole thing up.

Though I honestly don’t know how I could live with myself if I’d done anything different.

Live and learn, I always say. 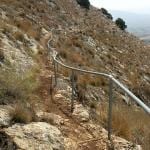 January 27, 2019 Return to Nazareth
Recent Comments
0 | Leave a Comment
"I'm a fat kid so I was fascinated by the Sugarplum Tree. The candy and ..."
Mary As the Water Rushes In
"It is when we get beyond the flowery rhetoric, the Latinate catechisms, the repetitious (but ..."
Joris Heise Saint Therese, Stella Immanuel and the ..."
"I liked the ones about the family of bears that lived in a little girl's ..."
Katherine Nielsen As the Water Rushes In
"That's it, that's it!!! And it had "The Sugar-Plum Tree," and that fat-shaming story about ..."
Mary As the Water Rushes In
Browse Our Archives
get the latest from
Steel Magnificat
Sign up for our newsletter
POPULAR AT PATHEOS Catholic
1

Toxic Masculinity: What It Is, and What It...
What we are objecting to is not men. We are objecting to...
view all Catholic blogs
What Are Your Thoughts?leave a comment
Copyright 2008-2020, Patheos. All rights reserved.