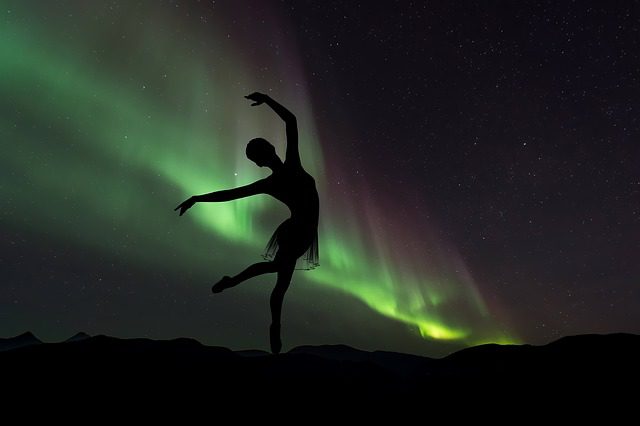 It seems that the biggest scandal involving the new members of our House of Representatives concerns a video.

Someone “leaked” a video on the internet, which showed thirty seconds of Representative Alexandria Ocasio-Cortez dancing on a roof in a montage. It was shared by someone called AnonymousQ, with the caption “Here is America’s favorite commie know-it-all acting like the clueless nitwit she is… High School video of ‘Sandy’ Ocasio-Cortez…”

For the record, Ocasio-Cortez is not a commie but a democratic socialist. No one but, I suppose, a clueless nitwit, would confuse the two. Also, the video footage was shot while Ocasio-Cortez was in college, not High School.

I clicked on the video, expecting it to be scandalous in some way. But it was just a fully clothed college student gleefully busting a move on a roof. It was cute and endearing. Looked like she was having a good time. A young lady dancing outdoors in college. That’s all it was. And she’s a rather talented dancer.

Thankfully, this ridiculous attempt at a smear seems to have backfired spectacularly. Most people are laughing at the video and think it’s adorable. But I’m disturbed that somebody thought it would work. Somebody out there, looking for dirt on Representative Ocasio-Cortez, decided that this was just the ticket.

There’s no reason he wouldn’t, of course. Women are regularly shamed for showing emotions or doing anything that makes them look odd. I’ve been the victim of it myself, on a much smaller scale. That troll stealing my facebook profile pictures to make rape jokes about them and call me an attention whore last summer because I had on earrings and a scarf I thought was pretty, for example. It happens. And I know the same rules don’t apply to men.

A few scant months ago, we learned about what a certain male politician was doing in his youth. Yes, I’m talking about Brett Kavanaugh, the pro-life darling. No, He swears up and down that he didn’t sexually assault a woman at a binge-drinking party, but he fully admitted that he and his buddies enjoyed beer, drank it all the time, probably drank too much, drank til they fell asleep, some of them apparently “boofed” although he thinks that’s to do with flatulence. He burst into tears at the thought that anyone would object. He fondly recalled his high school years, drinking too much beer and doing reps at Tobin’s house, as if it was a wholesome American rite of passage.

I was told the tears were understandable, the drinking only some harmless childhood fun. And one man of my acquaintance even said that the allegations of sexual assault were endearing because they “humanized” Kavanaugh, made him seem like a normal kid.

And then there’s the leaked video of President Trump, the one we saw way back in 2016. The one where he brags about sexually assaulting women, which he can get away with because he’s famous. He claims that was just “locker-room talk,” of course, from back when he was a carefree young man in his fifties, a man who had already disgraced himself with this and that sex affair all over the tabloids again and again.

Men notorious for their excesses can be caught boasting about sexual assault and we’re all supposed to shrug our shoulders because it was years ago. They can profess their love of beer and drinking too much to the United States Senate on live television, and we’re supposed to say “did you never make a mistake when you were a teenager?” They can burst into tears and we’re supposed to approve. But women aren’t even supposed to dance.

I think we should dance, and wear scarves, and do everything that’s harmless and fun as long as we don’t neglect the weightier things while we do. And I think we should ignore the trolls like AnonymousQ and the one I ran into, and live our lives the way we see fit no matter what they say.  But I also believe this isn’t just a matter of a few deranged internet trolls. In my experience, our culture does look at a woman being excited and silly as worse than a man being dangerous. Moreso when that woman is trying to work to make a positive difference in our society, of course. Women who merely want to be silly are less of a threat. I am glad that the scorn seems to have rolled off Ocasio-Cortez like Teflon and I hope she continues not letting it get to her.

Just a couple of hours ago, Ocasio-Cortez tweeted a brilliant response to the attempt at a scandal. She filmed herself dancing, in her black business suit, outside her congressional office. 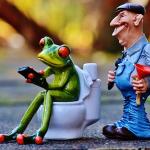 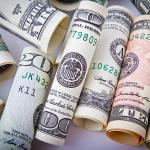