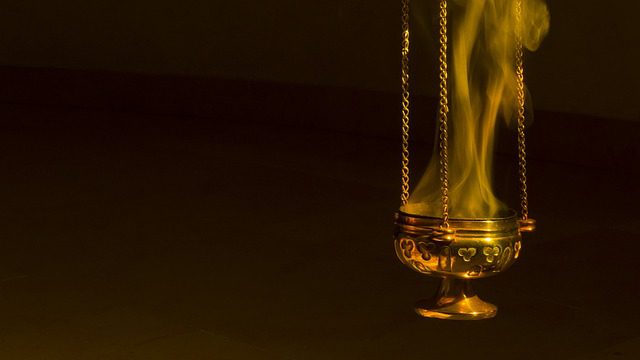 Some of you may recall that I recently wrote an article about a tweet by Kevin M. Cusick, LCDR. Cusick famously tweeted “Ladies, a priest I know was forced on Sunday to ask a woman at Mass to cover her shoulders. Please help the priest to protect the purity of the men at holy Mass by choosing to dress modestly. The alternative is awkward for all involved. Thank you.” Here is a screengrab of that tweet, just so we’re absolutely certain about what was said.

Father Cusick is always saying pleasant things like that on Twitter. Another day, for example, he mentioned that marriage was between “one man-husband and one woman-wife.” This begs the obvious quesiton of what a man-husband’s responsibilities are, whether men need to be brushed and have their hooves trimmed, and whether a man’s weight can be controlled with the use of a feed bag; but those are topics for another post.

In any case, the tweet went viral with thousands of people commenting on what he said. There were articles written about it from all the dark corners of the internet, from the alt right to the center right to people who are not right wing and therefore keep getting called Communists, and I’m in the latter category. I wrote a post saying how inappropriate it is for a priest to ask a woman to cover her shoulders at Mass. I said that the order of the Mass must never be interrupted so that a priest can embarrass a woman for her perceived immodesty.

I said that the priest embarrassed the woman at Mass because Father Cusick said that “a priest I know was forced on Sunday to ask a woman at Mass to cover her shoulders.” Those were his exact words. To me, that sentence says that the woman was at Mass on Sunday and was asked to cover her shoulders by the priest. I don’t really see any other way that that sentence could be interpreted. And I couldn’t for the life of me imagine how the priest would have done this without embarrassing her in front of everyone. If the woman and the priest were both at Mass at the time, where would they be in relation to one another? The priest must have either called her out from the pulpit or the altar, or his priestly chair which probably has a name but I don’t know it. Or, I suppose, he could’ve asked her to cover her shoulders in a severe whisper as he marched by in the procession at the beginning, or bent down to whisper it in her ear at the Communion rail, or asked her as he shook her hand in the receiving line afterwards. And I believe that all of these actions on the part of the priest would be irreverent, cruel and foolish. I cannot think of a single way in which a priest could ask a woman at Mass to cover her shoulders that would not embarrass her in front of everyone and disrupt the reverence due to the liturgy. I think that’s true of the Extraordinary Form of the Latin Rite, the Ordinary Form, and the Divine Liturgy of Saint John Chrysostom as well for that matter. Much better to catch her after Mass on Monday and ask her to wear something else next week, if he felt he had to bring it up at all, and I’m not saying he had to.

I stand by that assessment, if a priest asks a woman to cover her shoulders at Mass.

Father Cusick, meanwhile, deleted his Twitter account and wrote an article for The Wanderer claiming he had been persecuted by a “mob” of “bloodthirsty hounds;” he also used the word “vituperation,” which can never be anything but commendable. He described this incident from his tweet as taking place in a “traditional Latin Mass Community” to a woman who had stubbornly worn normal clothes to church instead of adhering to the dress code that a group of women in that community had made up for themselves. It seems that the woman didn’t get the message so the priest took it on himself to put her in her place.

Yes. I, too, am shocked. I had no idea that The Wanderer still existed or that it was online. I remember getting it in the mail back in the 90s and the publication was considered awfully quaint even then. But it is, indeed, online. And it does, indeed, have a mint condition quaint 90s website.

At any rate, many people reached out to me to tell me about times that they, too, had been embarrassed by a priest at Mass. I got a whole other column out of it. I let the comment box on that one run to seed because I have discovered what Father Cusick has not: it’s actually good to get vituperated by a mob of opinionated commentators on the internet. It means they’re reading you and you’re getting your message across. Heck, if you’re a Patheos blogger, you can make literally tens of dollars off of a lively comment thread.

I went about my business, writing about other topics.

Then, a few days ago, my boss got a curious email from Father Cusick. It said in its entirety, “IRT Request for correction/retraction Mary Pezzulo mentions me and a tweet on her blog. She erroneously claims in connection with it that I claimed another priest called out a woman during Mass about her clothing. I never said such a thing and am not aware it ever happened. Asking her to delete and issue retraction/correction. Thank you.”

Father Cusick didn’t see it that way. He spat back, “Mary said the priest told the woman during mass to cover her shoulders; it did not happen during the mass. I do not wish to be associated with the suggestion that a priest would correct the woman from the pulpit or in any way publicly during the mass. I never said it happened in the tweet. I’m not aware it happened and Mary says that it happened in her column; there are no facts to base it to back up her statement. I am demanding a retraction.”

Very well, Reverend Father. You demand is my command. Vituperation is a word that I would like to use in this sentence.

I apologize to Father Cusick for trying to make sense of what he said in public in front of millions of people, and I apologize to my readers for any confusion.

It just goes to show, you mustn’t believe what you read on Twitter. Sometimes people don’t tell the truth.

June 23, 2019
Here's What You Can Do To Help Imprisoned Migrants
Next Post

June 27, 2019 A Chance to Change: A Review of "Everything Hidden Shall Be Revealed"
Recent Comments
0 | Leave a Comment
"Love roses. And my seven bushes are trying, being full of buds. But here, the ..."
EMS September Roses
"When you go off the deep end, you can turn totally political, like Fr. Charles ..."
James Van Damme An Ordinary Catholic
"beautiful."
Wendy-May Jacobs The Font Was Also Christ
"They have woman lectors and woman ushers, just not woman altar servers."
Mary The Font Was Also Christ
Browse Our Archives
get the latest updates from
Steel Magnificat
and the Patheos
Catholic
Channel
POPULAR AT PATHEOS Catholic
1 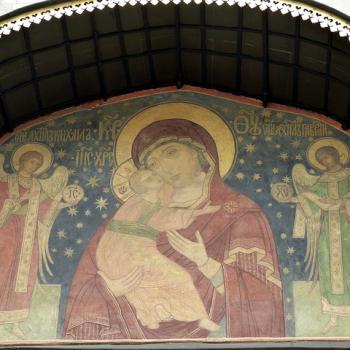 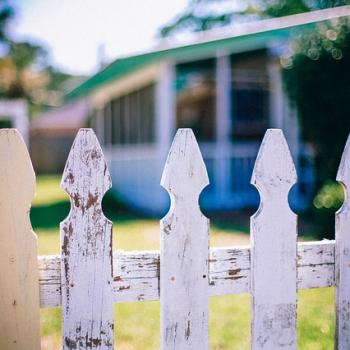 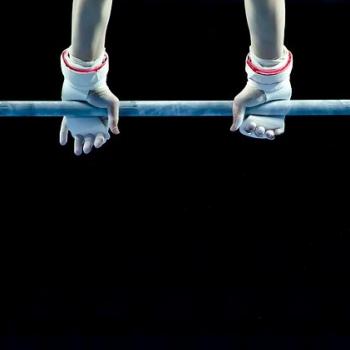