What You Did Not Do For The Least of These 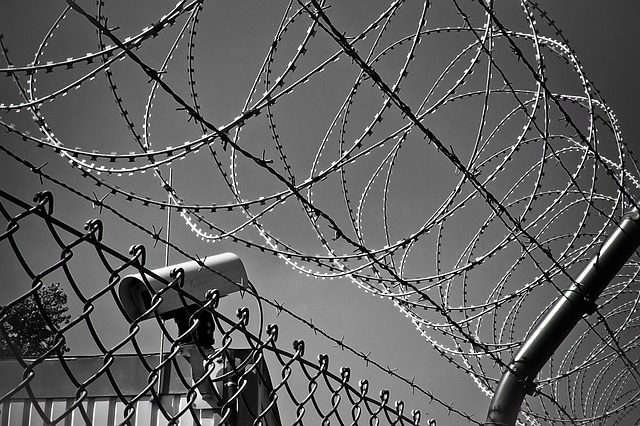 A reading from the Holy Gospel according to Matthew:

“When the Son of Man comes in His glory, and all the holy angels with Him, then He will sit on the throne of His glory.  All the nations will be gathered before Him, and He will separate them one from another, as a shepherd divides his sheep from the goats.  And He will set the sheep on His right hand, but the goats on the left.  Then the King will say to those on His right hand, ‘Come, you blessed of My Father, inherit the kingdom prepared for you from the foundation of the world:  for I was hungry and you gave Me food; I was thirsty and you gave Me drink; I was a stranger and you took Me in; I was naked and you clothed Me; I was sick and you visited Me; I was in prison and you came to Me.’

“Then they also will answer Him, saying, ‘Lord, when did we see You hungry or thirsty or a stranger or naked or sick or in prison, and did not minister to You?’ Then He will answer them, saying, ‘Assuredly, I say to you, inasmuch as you did not do it to one of the least of these, you did not do it to Me.’  And these will go away into everlasting punishment, but the righteous into eternal life.”

It was pointed out to me recently that the parable of the sheep and the goats, is not a parable. It doesn’t begin like the other parables begin. In other parables, the Lord starts out with “The Kingdom of Heaven shall be likened to,” or “the Kingdom of Heaven is like.” He doesn’t say that before telling us about the sheep and the goats. There’s no simile. It’s not a comparison with an interpretation that comes later. He just says, “When the Son of Man comes in His glory” and takes it from there.

This isn’t a parable at all. It’s a prophecy. It’s not a piece of fiction Jesus tells to teach us a truth; it is, itself, a description of something that’s going to happen. This is going to come true. One day, Christ will return to this earth. And those who would not reverence Him in the poor and the helpless will be punished.

That will happen to you and me.

Some day, perhaps today and perhaps not for a long time, you and I will stand before the Just Judge, and if we have failed to seek and serve the Just Judge in our lives, we will go to hell.

May He have mercy on us on that day.

I don’t like to think that many people are going to hell. I hope hell is empty. But it does exist, and it’s possible to go there if you choose. And the way to go there is to refuse to serve Christ when Christ presents Himself to you. This isn’t because Christ is mean and tricky. It’s because Christ is Love, and when you love you bring yourself in to Christ, and when you choose not to love you are necessarily choosing the opposite of Christ. The opposite of Christ is hell.

I don’t know how to make it any clearer than that. Christ told us exactly what was going to happen. He is going to present Himself to us in the disguise of people who need help– hungry people, thirsty people, strangers from strange lands, people who are sick and imprisoned. And if you refuse to serve Him, and you don’t repent, if you’re adamant in your refusal, you will go to hell.

If you don’t have much to give so you just give a little out of your poverty, that’s not wrong. That’s a beautiful gift. If you have no material aid at all to give so you just sit in solidarity with the helpless, or pass their request along to someone more powerful than you, that’s fine. That’s a way of caring. If you cannot possibly help everyone but the find the Lord is calling you to concentrate your effort in one area– that area is your vocation, and you don’t have to feel guilty for what you cannot provide. If you organize the way in which you’re handing out help so that some people get help before others do, and some people have to be kept apart for safety’s sake– that’s often necessary and good, as long as it’s done humanely, and as long as the people who need it most get served in time.

But if someone desperate comes to you for help,  and you have the ability to help that person, and you selfishly refuse, and you do not repent, that is something for which you could go to hell. It’s that serious.

If, God forbid, you mock that person or abuse them, if you humiliate and torture them to deter others like them from coming to you for help; if you torture and abuse their children to teach them a lesson– I can’t really imagine a more serious sin than that. And if you die with that on your conscience, I think you will go to hell.

Today, several people you don’t want to hear from, members of Congress including Congresswoman Ocasio-Cortez, went to the Southern border to inspect a Border Patrol facility there themselves. This facility was for migrants–and remember, Border Patrol is treating illegal migrants and people who present themselves to us for asylum by legal means the same way. I say “us” very deliberately. We live in a representative democracy. Our political leaders act on our behalf because we elect them. The actions of the United States government are our actions. We did this.

A number of detractors are claiming that this entire trip was somehow faked, but some video was taken of one of the cells.

The congresspersons were told that the migrants were in overcrowded facilities because the more humane shelters were full. But Ocasio-Cortez went to inspect a shelter herself, one where families could be kept together, and says that that wasn’t the case. There was plenty of room– only 150 out of 500 spots was full. This torture was being inflicted on the women deliberately, as far as anyone can tell.

They were thirsty, dirty, sick, terrified, alone. And they still are. This is going on right now. Wherever you are reading this this evening: these women are still in that facility, being tortured.

And I’m already seeing people all over the internet cheering, saying this is their fault for coming to us for help. They should have stayed home.

I don’t know what to do in the face of such horrendous sin.

I don’t know what to do except to repeat again and again: this is from hell. This is hell. What you are doing is in service of hell, and if you don’t repent, you will go to hell. The day will come when you stand before your Creator and find that He came to you for mercy in the disguise of an immigrant, and you tortured Him.

If you’d like to do something to help the migrants at our Southern border, I’ve compiled some suggestions here. 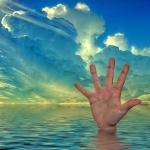 July 1, 2019
What Must a Christian do for the Helpless?
Next Post