No, Suffering is Not Good 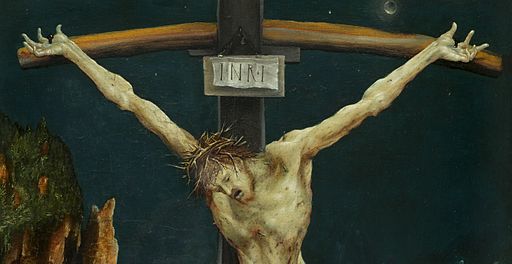 I have been thinking about suffering all day.

I was copyediting the beautiful guest post my friend Celia just provided us, and I read that haunting paragraph where she describes trying to “offer up” her trauma and addiction to God, as she’d been taught to do– as we were all taught to do; Celia and I went to the same church as children. It got me thinking about my own journey and the way I was taught to “offer it up,” about how that phrase was misinterpreted for abusive purposes and how I mistakenly came to think that Christ wants me to regard my suffering as a gift.

It got me thinking about the way that the Catholic notion of suffering and “offering it up”  can be misunderstood or deliberately misinterpreted and end up making it worse for suffering people, or even leading to abuse.

We need to talk about our understanding of suffering, because when it’s misrepresented, it becomes the most toxic thing in the world. If you’re Catholic, you’ve probably had a dose of this yourself. You might have been told that God hurt you on purpose because He thought it would improve you, or because He wanted you to “offer it up” for somebody else. You may have been told that misfortune in itself is good or beautiful or noble. And this is nonsense.

Suffering is bad. It is bad, it is to be avoided if you can, and you in no way have to like it. Suffering is a byproduct of the Fall. It’s evil. It’s one of those things that are not supposed to be, but they happened anyway. That’s why Christ came to suffer for and with us. That’s why enduring it in Him comes to have value. If it wasn’t bad in the first place, there’d be no merit in enduring it. If there’s no fault, there’s no felix culpa.

If you are Christian, you believe that Christ entered into the world to gather all people to Himself. You believe that you are a member of the Body of Christ, that Christ has made His dwelling in you, and that your whole experience is something you share with Him. He rejoices with you when you are happy. He works through you when you work. He suffers with you when you do– your pain is one with His agony on Calvary. And that’s true of all suffering, no matter how pointless or humiliating or unconventional. Christ suffered in Saint Therese patiently dying of tuberculosis in a convent while writing her autobiography; He suffered in Maximilian Kolbe who sang hymns to Mary as he died by inches at Auschwitz. He suffered in Joan of Arc as she burned to death, gazing on the cross.

He also suffers in you, in things that don’t look nearly so exciting, in ways that haven’t been idealized and painted on a prayer card. That humiliating stomach condition that makes people wonder if you’re pregnant. That ill-timed accident that left you laid up all summer with a broken leg. That terrible time you lost your job and ended up homeless, humiliated, and dirty, and everyone pretended not to know you. That struggle with addiction or other mental illness. The abscess tooth. The schoolyard bully. The stutter that makes people think you’re stupid. The chronic illness that went untreated for years because people thought you were faking for attention. The sexual abuse you can’t talk about because no one would believe you.

Those things are all bad. They’re not blessings if only you’d look at them in the right way. They’re not improving challenges you need to try and be thankful for. They’re evil. They are to be prevented if they possibly can be. You ought to get relief for your suffering however you can without worrying that you’re not being tough or saintly enough. People who hurt others are not doing them a favor and they ought to be stopped. But, life in this fallen world being what it is, you will someday suffer, and you won’t be able to make it stop. And on that day, Christ will suffer your pain in you. The Father will look down on you and see His Son, and accept your struggle as one with the Passion of Christ, and that won’t be a mistake, because Christians are one with Christ. We no longer live, but Christ lives in us– not by turning us into a clone, but by living our own lives with and in us here and now. Because of this mystery, suffering becomes prayer.

And this redemption of suffering is the most amazing gift imaginable. There are really no human words to give thanks for it. Everything we can say about it will fall short of the mark. But we’ll try anyway. We’ll praise God for the glorious mystery of coming to us in suffering. And then somebody else will either misunderstand or deliberately appropriate our gratitude, and take them to mean that suffering itself is a gift and a mercy.

This can quickly turn into a virulent and downright blasphemous form of spiritual abuse that can destroy a whole community and worse. Abusive leaders in a Christian setting tell their victims to stay put and suffer with Christ rather than resisting or running from the abuse, because suffering– not the redemption of suffering, but suffering itself– is a gift. Well-meaning people in the community become their enablers by fetishizing suffering itself and rebuking people in pain for complaining instead of stopping abusers. People who ought to be looking out for their neighbors, preventing abuse from happening and tending to the wounded when it does instead coldly tell others to “offer it up,” because suffering, they think, is a good thing. Suffering people who don’t act like grateful plaster saints get bullied because they’re not acting like Christians are “supposed to” act according to a made-up standard. And on it goes.

And Christ remains faithful, suffering in those victims. He waits for us to notice Him in them. He cries out “Why have you abandoned Me?” in them. But the community doesn’t listen to Christ.

I have seen this pattern again and again, in a number of Catholic settings.

Suffering is bad. Deliberately causing suffering is a sin. And I think it’s also a particularly destructive sin to sell suffering people the lie that they’ve been given a blessing. What Christ wants you to do for a suffering person is what He did– go to them, befriend them,  heal them if you can. Bear their shame with them and speak out on their behalf.

If you are suffering right now, I’m very sorry. I hope you can find comfort in knowing that you are in Christ. But in any case, please don’t torment yourself with the added burden of imagining this is somehow a good thing.

You’re already suffering enough without that.

August 20, 2019
From Trauma to Addiction and Back
Next Post