Arroyo, John Legend and the Grinch who Stole Halloween 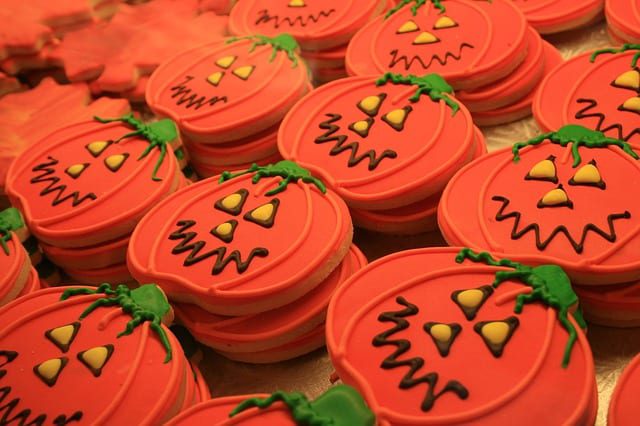 It’s two days til Halloween, which I have frequently opined is one of my favorite holidays. The fall leaves are glorious. The air smells of wood smoke and rotting pumpkins. Front yards are awash in spooky bric-a-brac.

On Twitter, EWTN’s own Raymond Arroyo is complaining about Christmas carols.

Specifically he’s complaining about a re-cut of “Baby, it’s Cold Outside,” which is attempting to take out some of the lyrics that make it sound like the female character is refusing sexual advances and being threatened with date rape– or else the couple is just flirting in a tasteless and problematic way, or else the couple is doing nothing wrong whatsoever and our culture has forgotten the true nature of flirtation. It all depends on whom you ask. John Legend is apparently releasing a new version of the song this year, where the lady’s asking “Say, what’s in this drink?” Is replaced with “What will my friends think? If I have one more drink?” And the man replies “I think they should rejoice. It’s your body, your choice!”

Yeah, those lyrics don’t really send me either, but then again I didn’t like the original.

Arroyo is personally offended. He’s furious and wants the estate of Frank Loesser to get involved somehow. Arroyo tweets, “This is ridiculous! @johnlegend has rewritten “Baby It’s Cold Outside” for PC appetites. Where is the Frank Loesser estate? And maybe asking “what’s in this drink?” Is actually referring to the ingredients of the cocktail, and not a drug. Thoughts?”

I love how he often says “thoughts?” at the end of his tweets as if he just wants to spur a lively conversation.

I have a thought, Ray. My thought is, it’s Halloween. It’s not even All Saints’ Day yet. It’s thirty-three days until the first Sunday of Advent, forty-seven days until Gaudete Sunday when fussy Catholics start thinking about Christmas unless they’re the kind of fussy Catholic who waits until Christmas eve. It was in the high sixties yesterday and I had to turn on the electric fan to keep from overheating. I don’t want to think about Christmas.

We rob Halloween of its own liturgical significance if we press forward to Christmas, as if the last three months of the year were one single tacky “Holiday Season” instead of a series of feasts and fasts that build on one another, culminating in the Nativity.

Christmas lasts twelve whole days. We’ll have plenty of time to rail against the secular forces of our modernist and materialist culture and their insistence on taking the date rape lyrics out of a jazz song about extramarital sex, thus ruining this song’s rich symbolism and significance for the awesome mystery of the nativity of Christ.

But I want to celebrate Halloween right now.

I still haven’t figured out what costume I’m going to wear to the Friendship Room’s annual after-school Halloween party twenty hours from now. I’m running out of time and options and I don’t have any money. I don’t want to be Melisandre again; I’ve already gone as Melisandre. I don’t want to be a droog again and anyway I can’t find my bowler hat.  I was thinking of dressing as a zombie, shambling about in raggedy clothes with nasty rotten patches on my skin and blood dribbling out of my mouth. But in Steubenville, who would notice?

At least wait until Thanksgiving. On Thanksgiving night we can sit around with our egg nog and sigh at the horrors of PC culture taking the innocent flirty fun out of a song about a man fixing a woman a spiked drink and refusing to let her leave his house. Now the song is just about the mortal sin of adultery without any ambiguity about the mortal sin of rape thrown in.

On Thanksgiving night, we can ponder the mystery of whether the male character was attempting to roofie his date or just serve her an alcoholic cocktail, and how this draws our attention to the still more awesome mystery of the Incarnation.

On Thanksgiving night, we’ll get out Strong’s Concordance and parse the original Latin of that classic carol, to figure out exactly what Saint Frank Loesser meant to say when he composed it.

At least, maybe you will. I’ll be in bed early and sound asleep after all that turkey and pie. But somebody will surely stay up to hash it all out with you.

As for me, I just want to think about Halloween right now and have some fun. 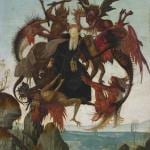 October 29, 2019
Sister Angeline and the Demons in the Rafters
Next Post 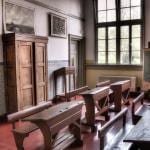