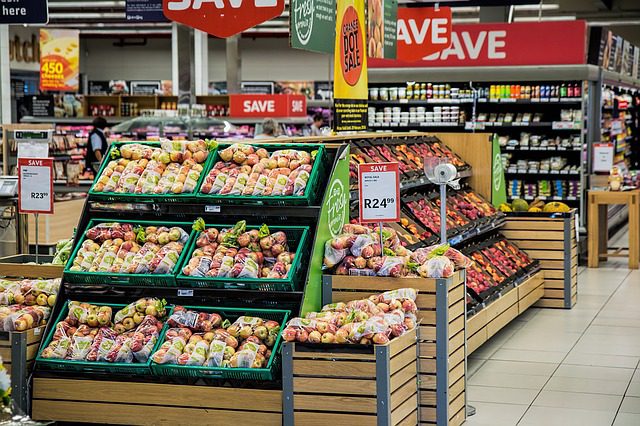 I want to say a few words about the Supplemental Nutrition Assistance Program (SNAP), in light of President Trump’s new change.

The Ohio Department of Job and Family Services has just estimated that twenty thousand Ohioans could lose their SNAP benefits in April if Trump’s new rule restricting who can get them goes into effect as planned. The number is said to be about seven hundred thousand across the country.

People often write to me to ask if this or that Trumpian blunder is going to hurt my family, because they know how poor we’ve been and how vulnerable poor people can be. I’m very grateful for how thoughtful you all have been in checking up on us. This rule isn’t going to affect us because it doesn’t affect households with children– and also because in the past 90 days (which is how they calculate income for the self-employed), I’m making just a hair too much in tips to qualify for the program at all. They’re not just docking our food benefits this time but had to stop them. On the one hand it’s daunting, losing almost five hundred dollars from the grocery budget for a couple hundred dollars’ increase in monthly pay, but on the other hand I’m thrilled. Of course I was cheerfully told over the phone that I can re-apply if my income goes back down, but I’d rather not if I can manage. Because, as I’ve complained before, the program is regulated to the point of madness and getting your paperwork in on time can feel like a full time job in itself.

And that digression brings me neatly to my first point I would like to make about the Supplemental Nutrition Assistance Program: it’s not a nice easy living for lazy unemployed people. Many people I’ve encountered claim that it is, but it isn’t. SNAP is really hard to apply for, hard to stay on, and meticulously regulated. SNAP benefits have an incredibly low rate of fraud for a government program– about 1.5%— and one of the reasons for that is how carefully it’s regulated and how much paperwork you have to cough up.  There are far easier ways to cheat somebody out of grocery money if that’s what you’re trying to do. And besides that, most people on SNAP who can work, do work. About two-thirds of the program’s recipients are children or too disabled or elderly to work. But at least 74% of non-disabled adult SNAP recipients are employed– 87% of households with children who receive SNAP have adults who are employed. If you see someone using an EBT card (that’s “Electronic Benefit Transfer,” the card you use to spend your SNAP benefits)  at the grocery store,  you can be pretty sure they have a job. You can be almost certain they really need the assistance. And it’s a very good bet that they jumped through an enormous number of hoops to get it.

The SNAP recipients who don’t work and aren’t legally declared disabled, usually don’t work because they are caregivers, of children or other household members who need it. President Trump’s new rule won’t affect anyone who has children in the home, so that’s not an issue here. However, other long term unemployed SNAP recipients include those looking for work in economically depressed areas, and those who actually are disabled by a chronic illness or other condition but haven’t managed to get declared disabled yet– like SNAP, getting approved for disability is also a difficult process. And those are the people Trump’s new rule is going to hurt the most. The rule is going to drastically limit the exceptions that can be made to the usual restriction that adults who aren’t officially disabled and are looking for work but not yet employed can only have SNAP for three months. Yes, this new rule might strip a couple of genuinely lazy people of their benefits. Lazy poor people do exist, just like lazy rich people and lazy middle class people exist. His rule might even inspire one of those hypothetical lazy people to search for jobs, and there’s always the chance that somebody will happen to hit the jackpot and get one. But the rule is far more likely to make things harder for people who lost their jobs in badly economically depressed areas where it takes more than three months to find work, and for people who are sick– people who would love to work if they could, but they can’t.

The other things that are going to suffer are local economies.

Yes, that’s right. SNAP  benefits are actually good for the economy on a local level.

Many people seem to have the notion that since SNAP benefits cost tax money– about $36 in taxes per middle-income household per year– SNAP sucks money out of the economy and makes people poor. But that’s not the case.

SNAP benefits pay for about 10% of the country’s groceries overall. That’s one-tenth of grocery stores’ income from food sales, nationwide. An EBT card is, essentially, a debit card you can only use for food– and not restaurant food or fast food either, but cold foods at participating grocery stores. Depending on where you live, you might not be able to buy a hot rotisserie chicken at the deli counter at Kroger with an EBT card, but you may be allowed to buy a cold day-old one from the fridge. You can buy bag of coffee grounds or a glass bottle of Starbucks cold brew from the coffee aisle, but not a fresh coffee from the Starbucks counter at the same store. And not every store that sells food takes SNAP, of course, so you can spend your EBT card on a ready-made birthday cake from a case in the bakery section at Wal Mart but not on ordering a cake from somewhere else. In most states you can’t buy groceries cheap in bulk on Amazon or something like that either; only in person at the local store. That’s another safeguard, making it hard to commit fraud on SNAP. There’s not much you can buy with it that’s frivolous or exciting or even too convenient, and the money for the most part stays in the state it’s given in.

If I go to my local grocery store and I fill the cart fifty dollars worth of rutabagas and fifty dollars worth of toilet articles, then scan my EBT card at the checkout, that card will only pay for the rutabagas. I’ll have to scan my debit card or pay cash for the remaining fifty bucks. But what the grocery store receives from my whole purchase put together, is one hundred dollars in cash. They spend the money from my EBT card the same way they do for any other purchase. They use it to pay their employees, to pay the rent on their building, and to order more rutabagas.

If enough people who shopped at that store find themselves without grocery money, the store is going to close or move to a more prosperous area, creating a food desert. And all the local people who did have jobs and had money to spend at the store are going to be, at minimum, inconvenienced. People who weren’t on SNAP in the first place but weren’t rich either and depended on walking, transit  or a short car trip to grab a few groceries are going to have to juggle their schedules and budgets to get food, which will be difficult for them. They’ll need more gas money and they may have to get used to a different store’s prices. The employees of that grocery store are going to have their livelihoods turned upside down. And it’s not as if the government is making it easy to go on food assistance while they’re trying to find some other work.

And yes, it would be nice to think that private charities using donations from members of the community could just pick up the slack and help poor people afford groceries so we wouldn’t need EBT at all. The world would be a better place if they did that. But they’re not, and that’s not entirely their fault. Since Trump has become president, charitable giving by individual Americans suffered a huge drop. And no matter how much the stock market is booming, if small neighborhood economies are being hurt, local people are going to have even less extra cash to donate to the food pantry. It’s just going to get worse.

Yanking twenty thousand poor Ohioans and seven hundred thousand people across the country off of SNAP benefits might possibly hurt a few genuinely lazy people, if that’s what you would like to see happen. But what it will certainly do is hurt individuals who are sick or having a run of bad luck in finding employment. It will not save much money on the SNAP program, nothing that individual taxpayers will notice. But it will certainly wreak havoc on local economies, hurting everyone including people who work full time and people who don’t receive SNAP.

You ought to oppose this rule because it hurts people. Hurting people is wrong, even if those people happen to be lazy, and most of the people this rule is going to hurt aren’t. But if all you care about is money and a booming economy, that’s reason enough to oppose it as well.

January 14, 2020
Benedict, Sarah, Francis, and the Case of the Exploding Pope
Next Post

Ash Wednesday with St. Anne
St. Anne, mother of the Virgin Mary, grandmother of Jesus, is the...
view all Catholic blogs
What Are Your Thoughts?leave a comment
Copyright 2008-2020, Patheos. All rights reserved.