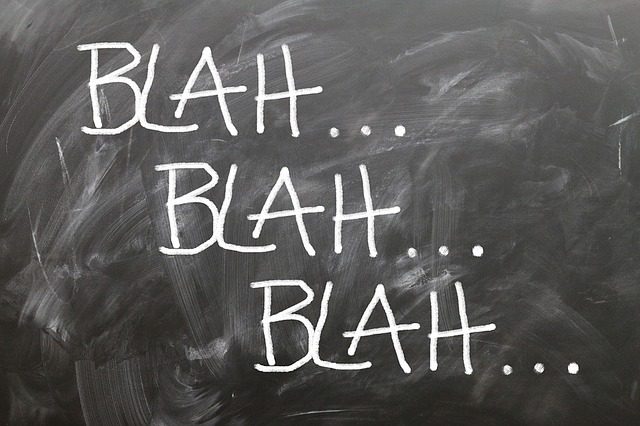 I know I shouldn’t pay attention to crabby priests on Twitter. They are a dime a dozen.

But this evening, a crabby priest on Twitter happened to make a mean crack about casual clothing that particularly irked me.

“Gentlemen,” said the priest, “If you are wearing sweat pants in public and not actively engaged in some athletic endeavor, you need to ask yourself why you have given up on life.”

I am not a gentleman, but I know a thing or two about wearing sweatpants in public for non- athletic reasons.

The first year I went to Franciscan University, I came down with appendicitis. I was very used to severe bowel pain because my food sensitivities hadn’t been discovered yet, so I just tried to live with the increasing suffering for a dangerously long time; I took hot showers and lay on my side with a pillow shoved into my stomach from midnight to three in the morning. Finally, when it was almost dawn, I went downstairs and quietly asked the dorm mother to call me an ambulance because I was embarrassed to wake the RA. The dorm mother’s response, of course, was to call the RA and wake her up. The RA was extremely groggy and took some convincing to wake all the way up and get her car to drive me to the hospital. By the time I was wheeled into surgery, my appendix had ruptured.

For a few weeks, as the incision healed, I couldn’t wear jeans or dress pants, or anything else with buttons. A friend who’d traveled all around Asia let me borrow her gorgeous wrap skirts and sarongs until it didn’t hurt to button my pants anymore. I wore them over sweatpants– when I couldn’t wrap the sarong properly, I tucked it into the sweatpants so it wouldn’t come off.

Male college students, at least in most circles here in the United States, are not supposed to wear sarongs, even when they’re recovering from surgery. That’s ironic because there are parts of the world where the sarong is men’s attire, but here in America, they’re not. Here, men recovering from surgery just get sweatpants.

That summer, I ignored abdominal pain for way too long again because I figured it couldn’t be my appendix this time. It turned out to be a bowel obstruction. After that, I had a gigantic seam running up the middle of my belly, and it hurt. I had to warn the kids at daycare not to hug me. I cried when I accidentally ran my scar into something. I wore elastic hippie skirts, and on dress-down days when the other teachers were in shorts I wore yoga pants.

Male daycare teachers, at least at any daycare I’ve ever seen, are not supposed to wear yoga pants and hippie skirts. Men recovering from surgery wear sweatpants.

About a year later, after more health mishaps, I started to have the bad autoimmune symptoms that eventually settled into a fibromyalgia diagnosis. I had gastric pain and embarrassing loose bowels all the time. I had bad sensitive skin that stung when I put lotion on it. I flushed at random times, and the flush felt terrible. I broke out with mysterious cystic acne all over my body that eventually went away as quickly as it came– I have no explanation for that, but I’m glad it’s gone. While this was going on, I couldn’t wear anything with buttons or zippers, anything that pinched the skin. I wore hippie skirts to church. And yes, I worse sweatpants on other occasions. I paired them with a nice top to help me feel a little less dumpy, but it didn’t help much.

Now that I’m used to living with a chronic illness, I still have comfortable squishy clothing I grab on exhausted or high-pain days. I usually wear a pair of cheery leggings under an elastic skirt with a comfortable top and a sports bra, because these are clothes that are easy to put on and don’t pinch or upset sensitive skin. I’ve gotten rather notorious for wearing scarves on my head because it’s often easier to cover messy hair with a fun bohemian hair wrap than to wash, condition, dry and brush, especially when my elbows are the joints that hurt. I’ve learned to tie on the hair wrap in sixty seconds, and it takes a lot longer to wash my hair. That’s my personal sick day uniform.

Men, at least around here, are not supposed to wear skirts with cheery leggings and pretty wraps. If they’re sick in the ways I’ve been sick, they wear sweatpants.

Men who have surgical wounds or fatigue, gastrointestinal pain or sensitive skin, wear sweatpants. That’s what they have. They don’t have all kinds of fashion options, they mostly just have sweat pants.

I’m not saying it’s wrong to wear sweatpants in public for any other reason, mind you. I don’t see a problem with it. They’re just clothes. But there are plenty of disabled and chronically ill people out there, male and female, who are stuck wearing sweat pants and other garments they don’t like because of their medical condition. Sometimes you can see that they have a medical condition and sometimes that condition is invisible to you. But I promise you: we exist. We’re human just like you. We’re as likely to care about our appearance as anybody else. We’d like to be thought of as attractive as much as anyone. We haven’t given up on life, it’s just that we’re in pain.

This is only one of the reasons why you should never tease people for dressing casually. You shouldn’t do it in the first place because it’s bullying, but this is one category of person that you hurt when you bully.

You particularly should not tease people for not dressing up if you’re a priest. It’s hard enough to practice our faith these days. There are plenty of wounded people out there, wondering if they should try going to confession and Mass again; there are plenty of people hungry for the Gospel who are considering approaching Catholicism to see what we have to offer. Some of these people are disabled or care for the disabled, and they see you.

To my disabled and chronically ill readers, male and female: if you wear sweatpants for GI disorders, for eczema or or psoriasis or cystic acne or sensory issues, or because your motor control isn’t good enough to button trousers, or because you’re recovering from yet another surgery, or because you’re so depressed or anxious it takes spoons to dress up, or for any other reason: I see you. You are awesome. And just in case you never hear it from a pastor, God loves you just the way you are. 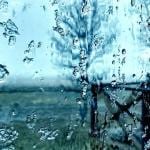